A career featuring six Lord’s finals would be beyond the wildest dreams of most full-time pros, so for Russell Spiers, a miserly left-arm spinning stalwart of the Leicestershire leagues, to have left NW8 four times with a winner’s medal represents quite a swag.

His cricketing journey started with local village side Countesthorpe in the mid-70s, while coming through the county juniors alongside James Whitaker, the England batsman and later national selector. In 1980, looking for more competitive cricket, Spiers moved a mile down the road to Leicester Nomads of the Central League, spread across four Midlands counties, which he rates “the toughest club cricket I played”.

Ahead of him in Nomads’ spin-bowling pecking order was Nick Cook, three years away from launching a briefly dazzling 15-Test career, and the education proved invaluable as Spiers’ 10 years with the club netted him 7,000 runs and over 500 wickets, as well as six county cup finals – five of which were won – and two of his nine career league titles. There was, however, a two-year interlude at Buxton in the North Staffordshire and South Cheshire League (NSSCL), which brought him onto the radar of Staffs Minor Counties, with whom he won five trophies in three glorious years: three straight MCCA Championships, with only a Lord’s defeat to Devon preventing an unprecedented ‘triple double’. 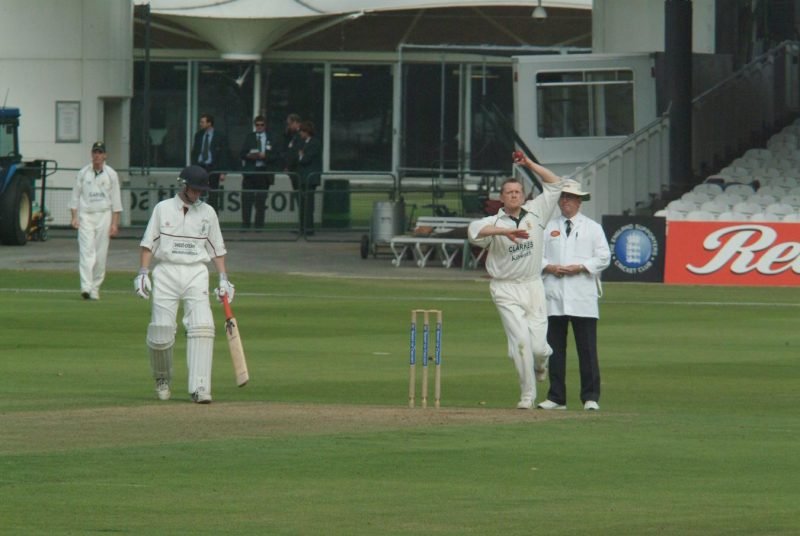 “My secret was I didn’t spin it hugely, which few people seem to have worked out over the last 40-odd years”

Spiers didn’t manage a Championship five-for, but his containing style was ideally suited to the limited-overs format, his debut seeing a typically accurate and decisive turn in a nervy bowl-off against Oxfordshire. “My secret was I didn’t spin it hugely, which few people seem to have worked out over the last 40-odd years.”

Having played a handful of games for Leicestershire Second XI in his teens and early-twenties, Spiers was glad to pit his wits against the pros in the NatWest Trophy. “I managed to survive a full over from Malcolm Marshall,” he recalls, “although I didn’t get bat on any of them: three out-swingers went past the outside edge and three in-swingers rapped me on the pads.”

When Nomads folded in 1993, Spiers returned to Staffordshire for a four-year stint as pro for Checkley, averaging 50 with the bat and under 15 with the ball, while helping the club progress into the NSSCL. In 1997, the then 34-year-old – always at heart a Fox, but now wily and older – went home, joining Kibworth and becoming a parsimonious pillar of the club’s remarkable rise to the top of the recreational game.

Spiers helped the club to six league titles and three wins from four county cup final appearances, while in 2004 Kibworth became the first Leicestershire club to reach the National Knockout final, the smallest populated place ever to lift the trophy, as they saw off Ockbrook & Borrowash by five wickets.

Three years later Kibworth were back, losing by four runs to Bromley, but the following season they defeated Malden Wanderers to win the trophy for a second time. Spiers’ contribution in the nitty-gritty end of those three trips to the final – from the last eight to Lord’s – was a rock-solid 61.2-15-192-11.

“The Staffordshire finals were a brilliant experience,” he says, “but taking your club side to Lord’s and winning with your mates is a different level. They say timing is everything, too, and those five years coincided with Cockspur’s sponsorship of the competition, so we won three two-week trips to Barbados, met Garry Sobers, played in pro- amateur cricket matches. We even took in the Stanford Series in 2008.”

In 2016, the year Spiers stepped back from regular first-team cricket, he helped Leicestershire to the National Over-50s title, the 34th final of an illustrious career containing “well over 2,000 wickets”.

In the end, he’s happy he didn’t make it as a pro. “It was a blessing. A lot of people get chewed up and spat out. I’ve enjoyed my cricket more as an amateur and would take what I’ve done in club cricket over being a pro every day of the week.”