Next in our series celebrating the greats of club cricket, Scott Oliver meets the Lancashire League’s all-time leading run-scorer.

“I remember hitting Allan Donald on-the-up over cover for four when he was at Rishton,” recalls Mike Ingham, an independent financial advisor from Haslingden in east Lancashire. “I thought, ‘What have you done?’

“It was 1996. He was 29. He gave me two quick bouncers, one past my nose, and then went round the wicket for what I thought would be a big in-swinging yorker, so was back and across waiting, but it wasn’t. The next thing I knew I was waking up with a crowd around me. It took him three goes, but he got me in the end.”

Haslingden had the last laugh, mind. Rishton – who had bowled the same opponents out for 31 a few weeks earlier – were 103-5 in pursuit of the home team’s 104 and still managed to lose! 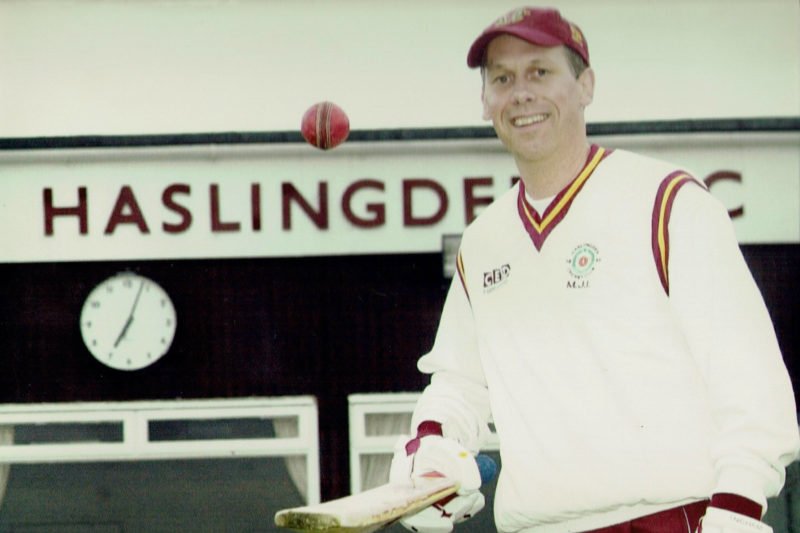 Mike Ingham’s 824 senior appearances, all for Haslingden, is a league record

Ingham is the Lancashire League’s all-time leading run-scorer, although perhaps his profession explains why he takes pains to clarify that “it says 17,177 on the league website, but I think they’re one out”. His 824 senior appearances, all for Haslingden, is also a league record. In those matches, he made a staggering 97 half-centuries.

His best return was the 972 runs, including 10 scores over 50, he made in the title-winning season of 1991, when the opposition pros included Paul Reiffel, Roger Harper and one SK Warne, whom Ingham didn’t rate at the time.

If Donald was the quickest he faced, the most awkward was Joel Garner

“I’d take pace any day of the week,” says Ingham, “although at one stage people were packing in early because there were that many quicks around.”

If Donald was the quickest he faced, the most awkward was Joel Garner, against whom he made 41 of 89 all out when just 21, while in that annus mirabilis of ’91 he scored 48 not out against the touring West Indians for the League Cricket Conference (LCC) XI. “Phil Simmons came on and the keeper was that far back I thought he was taking the piss. ‘He’s an opening bat is this guy!’” 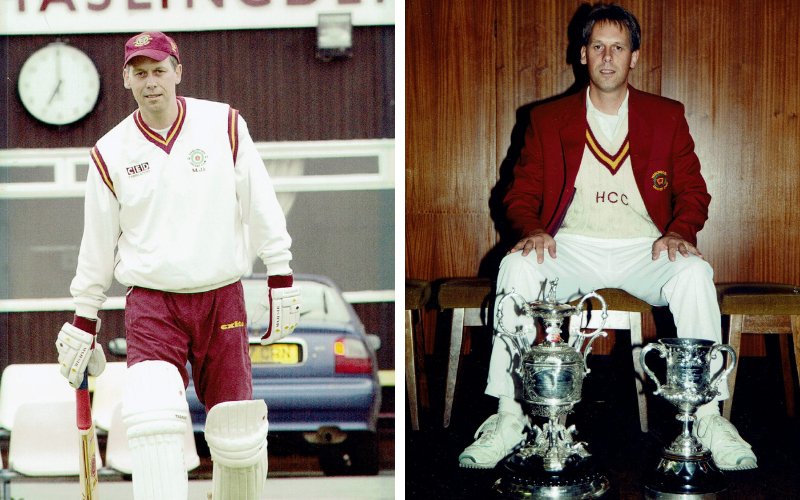 But Ingham’s career highlight was the unbeaten 56 he made for the LCC team two years earlier against the Aussies on their Ashes tour opener, sharing a 106-run partnership with Simon O’Donnell who, like Simmons, would pro for Haslingden. As did Dennis Lillee (explaining the 14-year-old Ingham’s short-lived aspiration to bowl quick), Geoff Lawson, Andy Roberts, Eddo Brandes, Hartley Alleyne (“By a country mile the quickest thing I’ve seen in the league”) and Aussie one-cap wonder, Mick Malone, whose remorseless attitude to training had a major impact on him.

Another influential figure was his father John – a Haslingden stalwart who was later a professional in the nearby leagues and impressed on his steady, orthodox lad the need to put a high price on his wicket, for which Ingham “copped a bit of stick”. He admits: “I’m not the most aggressive batsman. I seek out the bad ball and don’t try to invent shots.”

If you cut me in half, I’m Haslingden through and through

Nevertheless, Haslingden’s trophy cabinet is testament to his immense contribution. Between 1983 and 1993 – Ingham’s peak batting years of 26 to 36 – when seven titles were landed in 11 summers, he twice topped the league’s amateur averages, twice came second and was in the top six in all bar two seasons, overall chucking 7,072 runs into the pot at a smidge over 36.

In 2015, however, Ingham entered self-imposed banishment from the club after an internal disciplinary matter saw him stripped of the second-team captaincy. “It was a disappointing end,” he says, with evident sadness. “If you cut me in half, I’m Haslingden through and through. After 47 years there I won’t be able to finish playing cricket at my club.”

Still physically fit – “My back creaks, but I can still run to Rawtenstall and back” – Ingham, now 61, is playing for Woodbank in the Manchester Association. Whether his Lancashire League records are broken or not, they will remain a monument to an exceptional club batsman in a golden era of international superstars.