Knocking over Brian Lara, Jimmy Adams – both in the top five of the world rankings at the time – and Carl Hooper would be a decent afternoon for most Test cricketers, let alone club seamers, yet such was the haul bagged by Marcus Sharp in 1995 when the Minor Counties beat the West Indian tourists at Reading.

The 6ft 7in seamer had spent three years on the Lancashire staff, making a solitary first-class appearance before being released. There were a handful of offers for trials elsewhere, he says, “but I wanted to play for Lancashire and when that fell through I don’t think my heart was in playing for someone else”.

Instead, he worked as a teacher before retraining as a physiotherapist. Such were his attributes − bounce, unerring accuracy, seam movement, nous − that a few more fast-twitch fibres might well have seen him play for his country, let alone carve out a decent county career in the Charlie Shreck mould. “Truth is, I wasn’t quick enough and maybe wasn’t good enough. My strength was my ability not to bowl rubbish, which as superpowers go is fairly ordinary. But it did a job.”

Indeed, Sharp enjoyed a hugely successful career as Cumberland pro from 1994 to 2011, helping them win the Minor Counties Championship in 1999 and come runners-up the following year, while finishing as their all-time leading wicket-taker in both formats and topping the Minor Counties Cricket bowling averages in 2005. In his final outing, 41 years young, he took innings and match career-bests: 7-28 and 12-60. 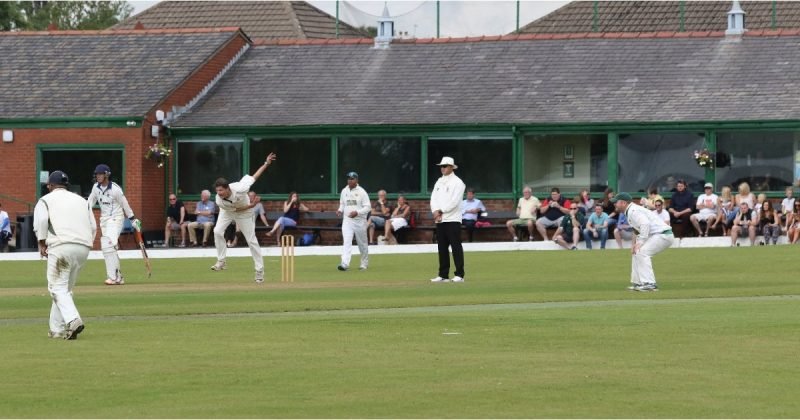 Sharp was also a regular in the Minor Counties rep side, performing with distinction in their final four Benson & Hedges Cup campaigns, conceding a miserly 3.62 runs per over across 18 games, including figures of 10-2-17-2 against his beloved Lancashire in 1997.

There were other grand days out against the tourists, too, including a Player of the Match performance versus Pakistan in 1996, when, batting at No.10 and despite “missing six googlies in a row from Mushtaq Ahmed”, who he then clobbered for six, he added 37 not out (out of 140) to a typically nagging spell of 8-2-22-0. A year later he knocked over Ricky Ponting (lbw for a single) and Michael Slater in a spell of 10-2-29-2 against the Aussies. 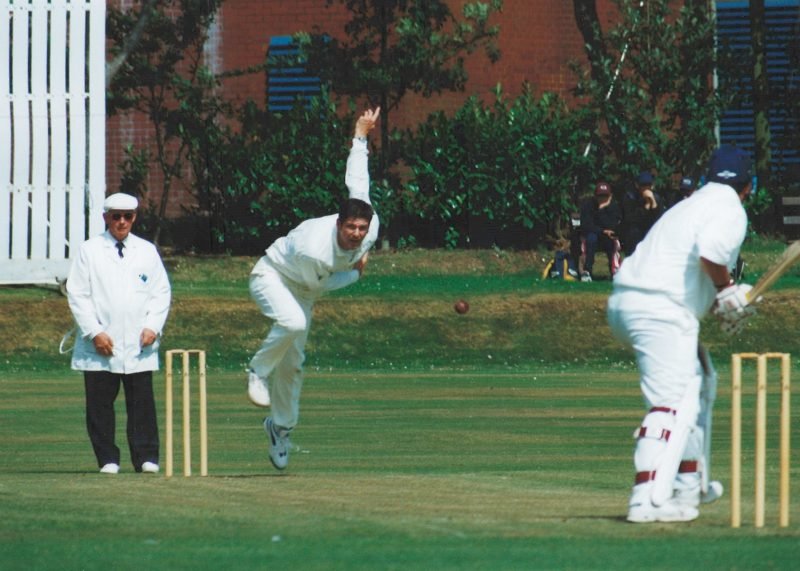 His club career started at Clitheroe in the Ribblesdale League and has been a grand tour of parsimonious dependability across 19 seasons as a club pro.

While on the Lancashire staff he had played for Southport and Birkdale in the Liverpool & District Cricket Competition (LDCC) before a five-year paid stint for Bignall End in the North Staffs and South Cheshire League produced 355 league scalps at under 14 apiece.

From there Sharp headed to Blackpool of the Northern League in 1998, a pro’s job previously held by Rohan Kanhai and Richie Richardson. Some 285 league wickets at 14.04 were bagged in five years at Stanley Park, where he topped the league averages in his final two seasons. The club made him an honorary vice-president.

A five-mile trip down Lancashire’s Fylde coast to Lytham followed, where nine years as pro yielded 539 league wickets at 13.5 and a historic maiden LDCC title for the club in his penultimate season.

In 2012, still besotted with the game but feeling the parental pinch of Mother Nature and Father Time, Sharp moseyed home to Clitheroe and back to the amateur ranks. The club won four straight Ribblesdale League titles before leaving to join the storied Lancashire League in 2017, which they won at the first time of asking, a certain 47-year-old bagging his wickets at under 12 each.

Approaching his half-century and still going strong, if you find him in the bar at Clitheroe, and buy him a pint, he might tell you about the time he got Adams, Hooper and Lara, the latter running down the pitch and miscuing a pull to mid-on “because he couldn’t decide whether to hit me for four or six”.