First published in issue 26 of Wisden Cricket Monthly, Scott Oliver profiles John Foster and Ed Foster, a father-son duo who have dominated the club scene in Shropshire, winning stacks of silverware in the process.

If Ed Foster and his father John were to reflect upon and compare their career highlights, it would make for a tight game of Amateur Cricket Top Trumps: both won the National Club Championship with Shrewsbury CC; both were the dominant amateur batters in their league for several years; both had once-in-a-generation success with Shropshire, who they both also skippered (dad six years, son three); and both played memorable innings against first-class opposition.

John was not a native Salopian, mind, growing up in Oldham and playing for Werneth in the Central Lancashire League against the likes of Garry Sobers and Joel Garner. After graduating as a civil engineer, he moved to Shrewsbury in 1979 to work for Severn Trent and for the next decade was a lynchpin of the club’s success, winning seven Shropshire Cricket League (SCL) titles in his first nine years there, including six in a row from 1982, all the while churning out industrial-sized quantities of runs. From ’82 to ’96 there were 11,988 in the SCL at a phenomenal average of 60.24.

George Orwell’s great novel Nineteen Eighty-Four might be a byword for dystopian oppression, but for Foster the year was anything but: his 1,314 SCL runs that season were 610 more than the next best, while in mid-season there was a run of six hundreds in 10 weeks, between the final two of which he churned out 121 against Cornwall at Truro, his maiden Shropshire hundred.

Amidst all that he was part of the Shropshire team that famously downed Yorkshire in the NatWest Trophy, beating Boycott et al by 37 runs in Telford. Foster contributed just 5, but in the next round made a feisty 56 at Edgbaston against Chris Old, Gladstone Small and Bob Willis. “Having Bob, with his flowing locks of hair, haring down his 40-yard run-up and banging the ball halfway down, was quite interesting for a while,” he deadpans.

It was one of his favourite grounds, for in that annus mirabilis of 1984, playing for SCL in the final of the Midlands Club Cricket Conference’s (MCCC) inter-league trophy at Edgbaston, he scored 95, adding to the 104 he made there in the 1980 final; while in 1991 he carved an unbeaten 104 for the MCCC XI against a Warwickshire second-team attack spearheaded by Allan Donald.

Neither Donald, Willis or Garner were the quickest Foster faced, however. That honour fell to Buckinghamshire’s West Indian overseas Hartley Alleyne, who bowled with real fire on a quick Bridgnorth pitch six days after the Yorkshire giant-killing. “I didn’t normally wear a helmet but after a couple of overs that day I thought it’d be a good idea to put one on,” he shudders. “There weren’t many in your half.”

The 1983 season hadn’t been bad either, with Shrewsbury beating Hastings & St Leonard’s Priory at Lord’s to win the National Knockout by two runs, Richard Tudor taking three wickets for one run in a dramatic final over. This was the era of Birmingham League domination – the league provided nine finalists, with five champions, in the following 10 years – and the next time Shrewsbury won it, in 2011, they were themselves a Birmingham & District Premier Cricket League (BDPCL) team. Starting out in Division 2 West – when John, aged 46, was coaxed from retirement to play alongside 16-year-old Ed in 2001 – they reached the Premier League twice, only to be immediately relegated, but returned in 2009, when they also made the semi-finals of the Nationals, losing to Chester-le-Street after skipper Ed Foster’s 104* had seen off York in the quarters.

Two years later, in the final against Cambridge Granta at Derby, Ed was at it again, scoring a crucial, innings-anchoring 98*, including 12 from the final over, as Shrewsbury snuck home by three wickets. Ed’s brother Rob had chipped in a sprightly 39, and with two Leach brothers (including current Worcestershire skipper, Joe) and three Barnard brothers (including Leach’s sometime new-ball partner, Ed) in the side, a club that had never engaged a pro could bask in winning the ultimate club prize with a strong homegrown core. 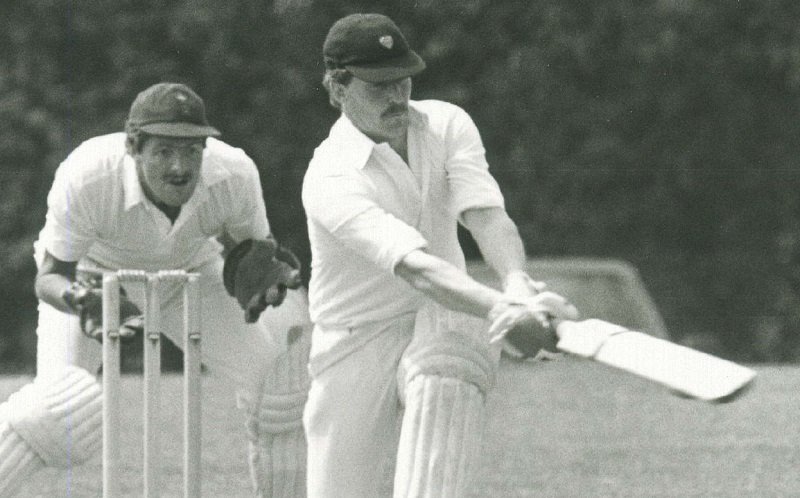 “We were fortunate to have a generation of players with a deep affection for the club”, reflects Ed, “and our first Birmingham League title the year before, in 2010, gave us the confidence that a set of lads from a rural town could really compete, although we probably should have won the National at least one more time…”

A month before landing that first BDPCL title, Ed had led Shropshire to just their second-ever trophy, scoring 95* as they beat Lincolnshire by seven wickets in the final of the Minor Counties Knockout Trophy, having made 112 in the semis. He would average 42 for the county in both the one- and three-day formats, his 3,407 runs including seven hundreds, two fewer than his dad, who scored 5,990 Shropshire runs all in. 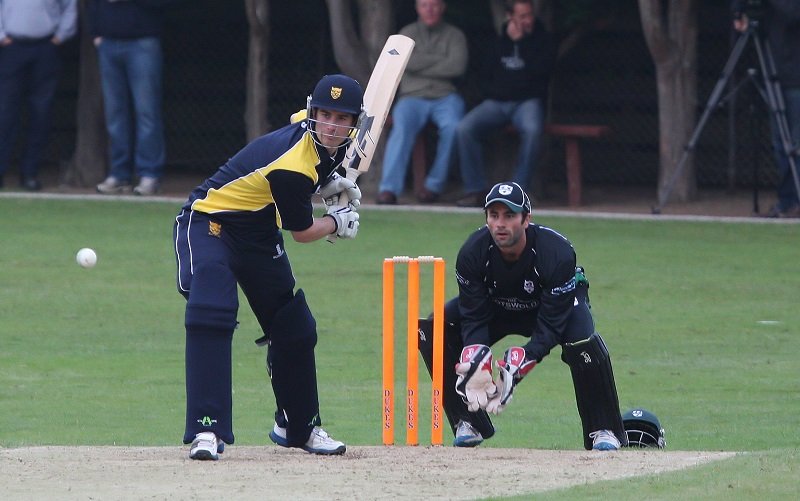 Younger sibling Rob also enjoyed a steady Shropshire career and was a regular contributor to Shrewsbury’s success, skippering them to league titles in 2013 and 2015, but never quite attained the statistical heights of father or brother. Indeed, in Shrewsbury’s first six years as an established Premier League team, Ed contributed 4,613 runs at 44 while topping the league run-charts on four occasions. He even topped the division’s bowling averages in 2017, after giving up the gloves, which he’d held for several years and believed might be his best route to progressing into the professional ranks.

Aged 17, Ed had travelled down to Worcestershire Academy sessions with Shrewsbury colleague and future England goalkeeper Joe Hart, although wasn’t offered professional terms. After a gap year in Perth, piecing together his game at Claremont-Nedlands under the eye of Justin Langer’s batting mentor, he went to Loughborough University and, 223 balls into his third first-class innings, a century against Essex, he was averaging 210.

He had made 83 and 22* on debut against Worcestershire in 2005, a fairytale victory in which the students made the Pears follow on, and this helped secure a few summer contracts and a smattering of second-team games. Nothing much came of it and, aside from a game for Unicorns against Sri Lanka A in 2014, Ed devoted himself to the “amateur recreational cricket that was always the pinnacle for a boy growing up in a Minor County with Dad having the sort of career he had”.

Although John never made the Minor Counties XI, he did play for the League Cricket Conference against several touring sides, making 61 against the Indians in 1986 (while compiling a 136-run partnership with Carl Hooper), skippering them against the Sri Lankans in 1988 and being named vice-captain against the Aussies the following year. This year, for a second time, he is skippering England over-60s on a ‘Grey Ashes’ tour, a cricketing achievement that, as yet, lies beyond Ed – a fact which might just be enough to win Dad that Top Trumps head-to-head.

First published in issue 26 of Wisden Cricket Monthly. You can subscribe here.