Writing for Wisden Cricket Monthly, Scott Oliver meets a decorated Surrey Championship stalwart who’s been churning out the runs for more than 50 years.

Back in the mid-1990s, a famous ginger-haired motormouth presented a TV show called TFI Friday. It’s a sentiment long since shared by another Chris Evans, a legend at Ashford CC in Middlesex, for whom it meant the weekend was round the corner and with it a chance to pile up more runs, something he’s been doing since making his debut for the club in 1966, aged 12. Aside from a couple of seasons missed while at university, he’s played there ever since, racking up 48,295 runs at an average of 36. 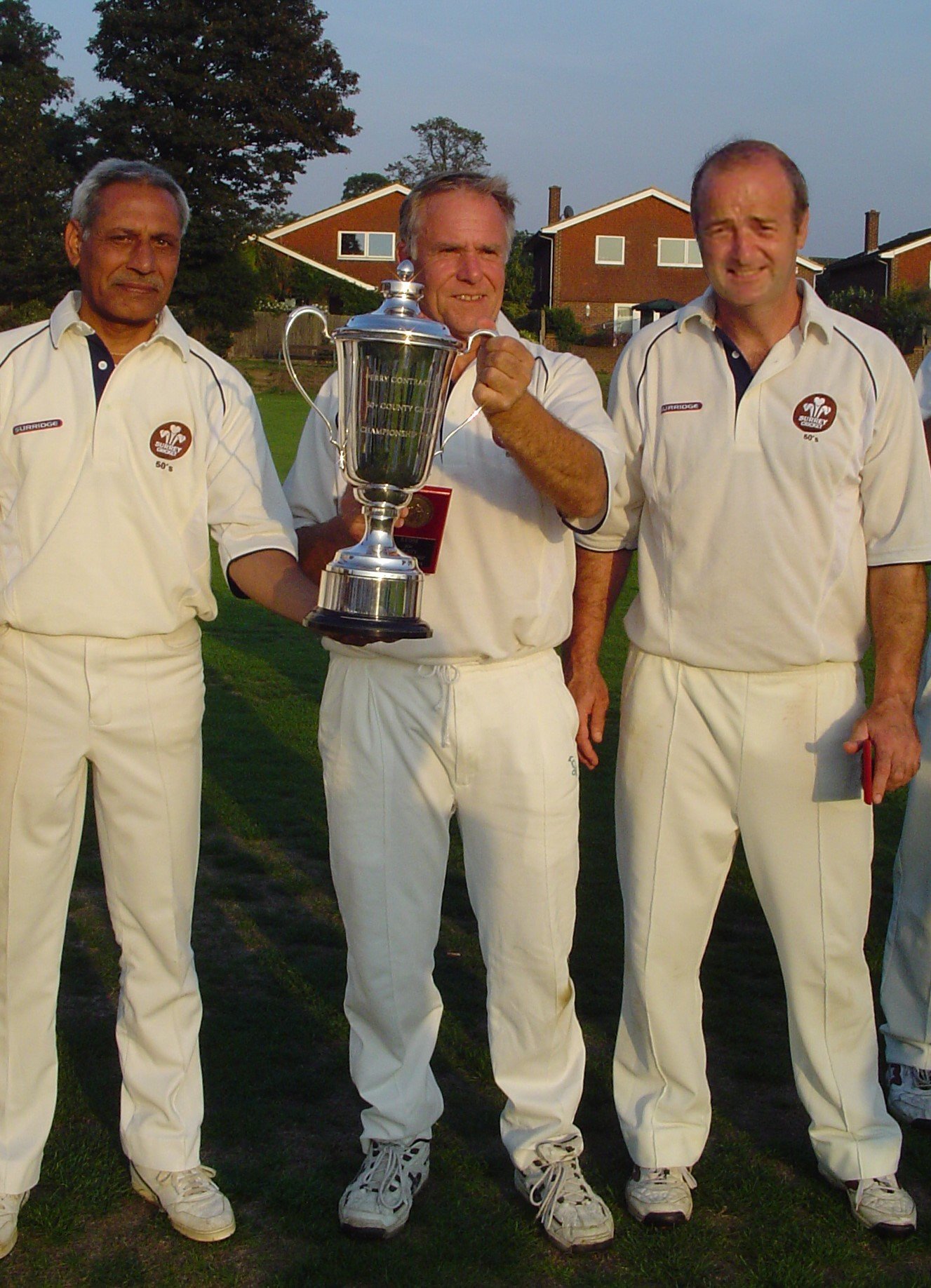 Evans with his teammates, Wasim and Roly

All this means that Evans has been playing at Ashford longer than there’s been a Surrey Championship – a league in which no one has made more first XI runs than his 18,935 – which politely raises its bat for its fifty this summer. Evans produced the commemorative handbook, adding to a bulging portfolio of administrative tasks he’s carried out for league and club with such unflagging dedication that in 2015 he was given a British Empire Medal for services to grassroots cricket.

At Ashford, he’s been fixtures secretary since 1984, welfare officer for the last 14 years, on the board of directors that secured an £800k Sport England National Lottery grant to enable them to relocate, club chairman between 1991 and 2000 (including the five years they were homeless and developing a spanking-new multi-sport facility), and secretary of the management company that runs it since 2006. Clubmark, Chance to Shine, NCA coaching badges – you name it, Evans has done it.

On the field, Evans played 39 seasons of regular first XI cricket, finishing in 2014. Between 1977 and 2007 he scored a thousand runs in all competitions every year save 1998. He skippered the firsts for five years, leading them to a best-ever top-division finish of fourth.

His biggest disappointment was Ashford’s relegation from the top flight in 2001, not yet to return, although they did beat a number of Premier League clubs en route to winning the 2008 T20 tournament, his team highlight. 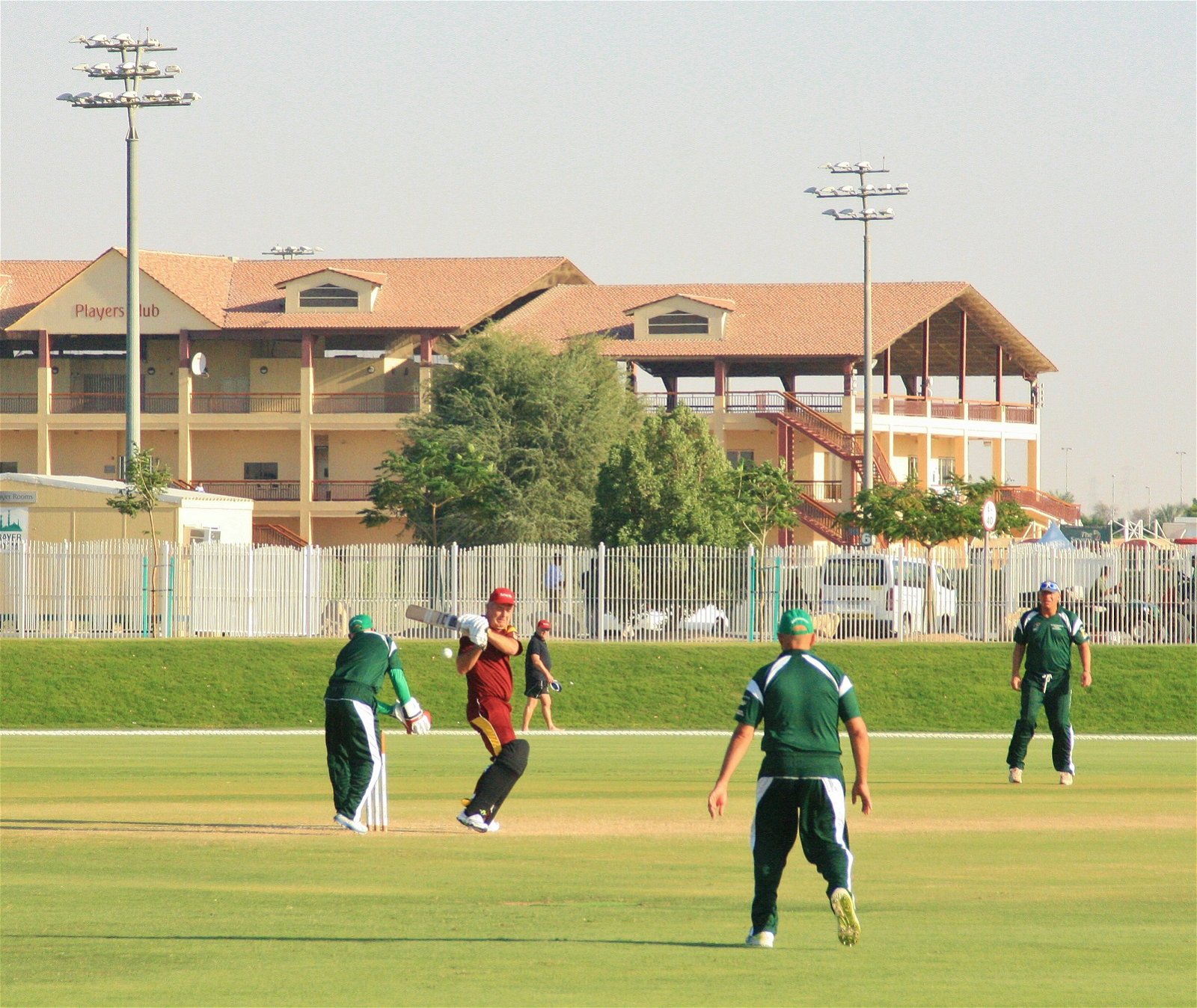 Evans attempts a cut shot whilst playing in Dubai

Evans hasn’t entirely ruled himself out of the first-team reckoning this season but has more than enough on his plate skippering Surrey over-60s, having ‘graduated’ from the over-50s four years ago. He helped the latter win the national competition in 2004, beating neighbours Kent in the final, while three years later, against the same opponents, Evans made a hundred in a losing cause.

He has played at both of the capital’s famous venues: twice at Lord’s for MCC London South – one abandonment, the other not requiring two hands to count his runs – while he has turned out at The Oval on “a few occasions”, once coming agonisingly close to the Surrey club player’s ultimate fantasy of making a ton there.

“In the dim and distant past, whenever Surrey were playing at Guildford, Guildford would play that week at The Oval. One year, the lucky club was Ashford,” recalls Evans. 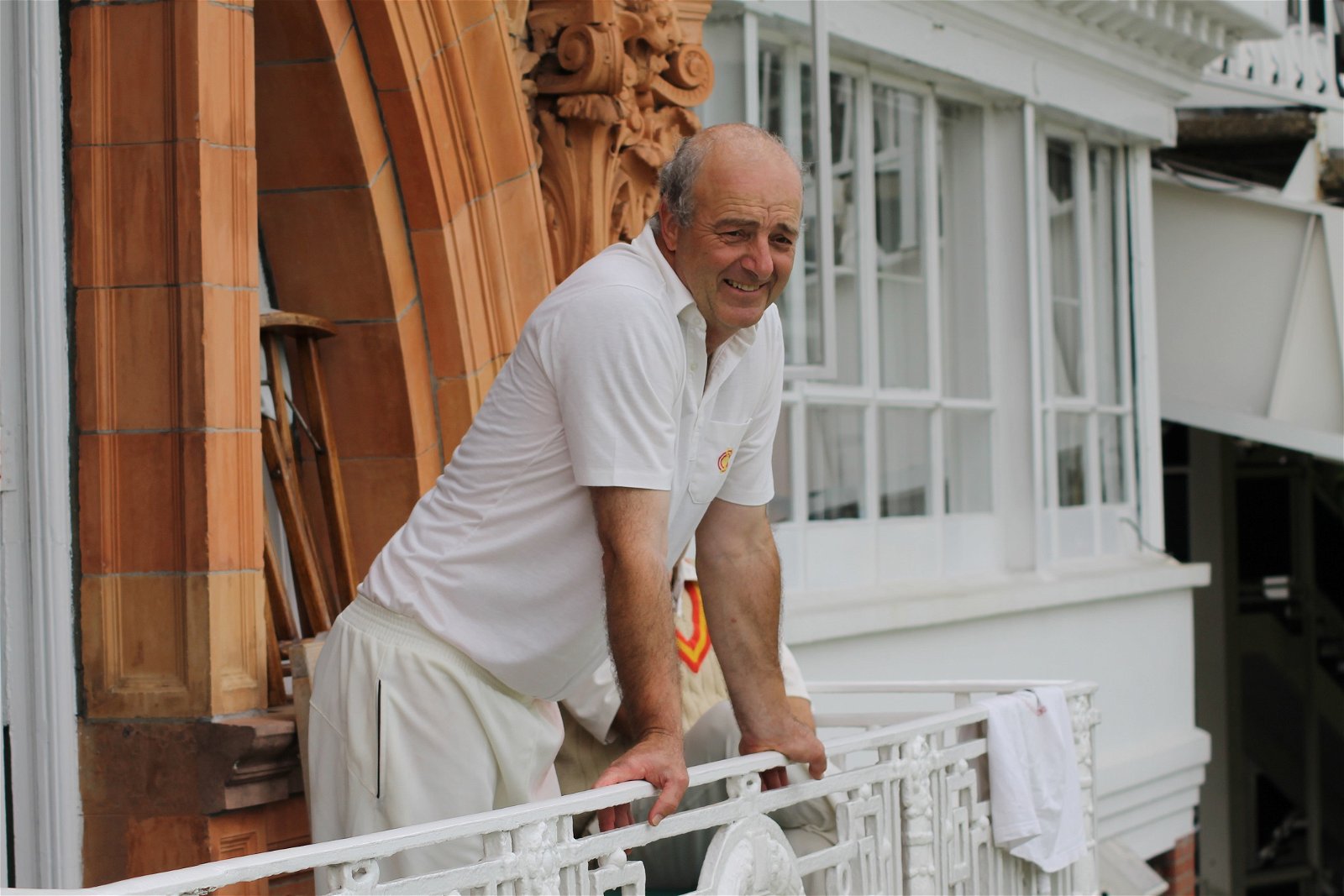 “We needed 30-odd to win, and I was on 87. Then it started to drizzle and because there was a John Player League game scheduled for the following day the groundsman marched on and said ‘That’s it, off you go’. Fortunately, the Guildford captain persuaded him the game had to continue, even though they were being beaten. So he covered the next day’s wicket – which was miles away – with a tarpaulin, on the understanding that none of the Guildford players would run over it. The game resumed, and my partner took 32 off a 10-ball over, which left us only needing five or six to win…”

Related Story: Ali Brown – The most extravagant cock-up in English history
Evans finished with a bittersweet unbeaten 92 and hasn’t given up on his dream of going eight runs better at The Oval before hanging up his boots. Until then, the more immediate target is 50,000 runs for his beloved Ashford.

This article first featured in issue 7 of Wisden Cricket Monthly.