For the latest issue of Wisden Cricket Monthly Rich Evans sat down with Nick Pryde, the ECB’s director of participation and growth, to discuss the state of grassroots cricket in the UK.

In 2014 the ECB revealed a worrying statistic that the number of recreational cricketers had shrunk from 908,000 in 2013 to 844,000 the following year. Its own commissioned survey, which received almost 40,000 responses, also revealed that five per cent of matches were conceded due to teams not being able to field 11 players and that more than two fifths of British Southern Asians were dissatisfied with the playing options on offer.

In response, the ECB promised to increase funding for grassroots cricket and engage with local county boards to find the right formats and start times to reinvigorate the recreational game.

Since replacing Matt Dwyer as the ECB’s director of participation and growth, initially on an interim basis in July 2018 before taking on the role full-time last April, Nick Pryde, 32, has been at the forefront of that drive. A keen club cricketer himself, Teddington CC’s skipper spoke to WCM about where the recreational game finds itself now and the challenges it still faces.

How much do you think grassroots cricket will benefit from the success of last summer?

It was probably the most exciting summer of cricket we’ve had – not just having the World Cup and Ashes, but the World Cup final playing out the way it did. The moments like the Ben Stokes innings: no matter who you are, English or Australian, you’ll look back on 2019 as an incredibly inspiring summer. Cricket was in the headlines all year and we had a huge shot in the arm on the back of the World Cup. Over half a million people turned up to our Cricket World Cup club programme open days – a third of whom were new to the game or had lapsed for a substantial period. There’s a captive audience for when we make our investments and roll out our new schools strategy.

How would you describe the general state of play?

Numbers coming through from core club cricketers [those who play 12-plus games a season] suggest they’re playing more regularly – while it’s small growth, it’s growth. We’re starting to buck some of the difficult trends of the past decade. The opportunity or challenge is the occasional cameo player, which is in decline. That’s another key area for us, because cricket coming back on free-to-air next year is likely to create a further spike for this group. Sunday cricket was a lot stronger 12 years ago when I arrived [from Australia] as an overseas player – it’s a real challenge. But I believe the women’s and girls’ game is a big opportunity to capitalise on Sunday cricket. With every game comes a need for volunteers, but people are time-poor and work more. All those barriers have had an impact, as revealed in our players’ surveys. 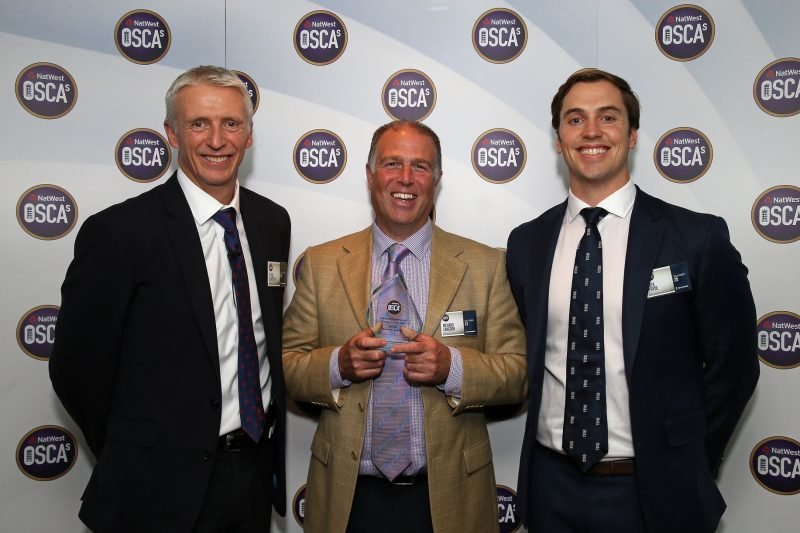 How will the ‘Inspiring Generations’ strategy boost participation?

The plan is all about growing the game, making sure boys, girls, men and women across England and Wales can access it and have the best possible experience, ensuring we provide effective facilities and playing offers that cater for females. The right coaching, volunteer support and digital systems that centre around the playing experience are all fundamental. The number one cause of interest is playing in schools, so a new holistic plan for schools cricket is vital, which we’re looking to roll out from September 2020, building on our partnership with Chance to Shine to make cricket more accessible in state schools. Arguably our number one growth opportunity is the women’s and girls’ game, where there’s been substantial investment. Not long ago Heather Knight lifted the World Cup trophy – the game’s incredibly blessed to have these moments to build on.

Inspiring Generations is the ECB’s game-wide five-year strategic plan to grow cricket in England and Wales from 2020-24. Over £500 million will be invested and distributed across six strategic priorities:

Are we closer to reaching a national consensus on playing conditions and formats?

It’s about working with the game to understand the challenges at local level. As a governing body you always want to share national insights, but we also need, at times, the humility to respect that clubs know a little better about how they may tackle the local challenges. With formats, we’ll share our national insights with leagues and clubs, but it should be less about ‘our stance is this’, than what do the players want? It balances the arguments between the traditionalist and the new-age radical thinker. Ultimately, we want a consistent and compelling cricket offer for any child, anywhere. If we do that, we’ll be really well placed. My philosophy is to listen to your players: do they want 40/40, T20? Naturally, I love all-day cricket – I tend to bat pretty slowly! – but we’ve got to adapt and evolve.

? Will red-ball cricket become a thing of the past?

? Could All Stars Cricket lead to a new injection of young players?

? Will there be an explosion in female participation?

How do you think club cricket will change in the 2020s?

What’s the ECB’s end goal when it comes to the governance of grassroots cricket?

It will never work if we’ve got a situation of command and control. We must listen. We don’t have every answer, but we do have the responsibility to deliver insights and guidance. The grassroots game has incredibly dedicated volunteers who are basically doing a second job. How do we empower them, listen intently and feed back solutions to their challenges? The more people in decision-making positions who understand their communities, clubs and leagues, the better the decisions will be.

Is there still work to do to enhance the ECB’s reputation on the club scene?

Possibly, but you can spend your life worrying about reputation. Of course it’s important, but I’m more concerned with action. We accept All Stars Cricket isn’t perfect and we need to evolve programmes to ensure they remain relevant, but it’s improved the game and we said we’d address that age group. That’s how you build trust. Our reputation will improve if we deliver on our Inspiring Generations strategy, are transparent with our plans and listen to feedback.

What do you think is the biggest issue facing club cricket in 2020?https://t.co/6AyNevcEoF

All Stars Cricket, for boys and girls aged five to eight, has made a positive early impression. But how can we address the drop-off in teenage participation?

Our insights reveal that kids are forming their long-term attitudes on sport from the ages of 5-11. Many people ask, ‘Why aren’t the ECB doing more for teenagers?’ But by channelling resource into that age group, the ECB’s intent has been to give young cricketers a first-rate introductory experience. That will give us the best chance of keeping them as teenagers too. Cricket isn’t alone; that age group is incredibly difficult and expensive to resolve, with a host of challenges, such as exams and social pressures. We’ll continue to reform and listen to teenagers, but it’s not just about playing. If we get them volunteering or spectating, they’ll return as players when they finish uni. There are many initiatives [in the pipeline] and in the longer term we have a real opportunity to work with the BBC on a concept for teenagers, but it’s very early days.

Can The Hundred increase grassroots participation in the long term?

The Hundred is fundamentally about growing the game. The format will help from a grassroots fan and playing perspective, whether that’s making the game easier to understand or the effects of a shorter format being translated to the recreational game. The tournament gives us a great opportunity to continue the momentum of the World Cup and it will put cricket back onto free-to-air, which is exciting. When Ben Stokes played the best innings in the history of Test cricket [at Headingley last year], many clubs were dialling down their junior programmes during the summer holidays. One of our learnings was: how do we make junior cricket really accessible at the height of summer, so if Stokes plays another incredible innings on BBC prime time, we’ve got opportunities for kids who are immediately inspired. That will be one of the key things we try to achieve next summer.

Is the ECB trying to reduce the levels of admin and red tape for club officials?

Those systems [Sport England’s Clubmark programme, play-cricket.com] fundamentally exist to help ensure clubs are safe and inclusive, but what we’ve heard loud and clear is we must keep working with partners, clubs and Sport England to make the whole process more efficient, because it’s a burden on the volunteers, clubs and county boards. Hopefully we can start improving the systems this year, but it will be two, three years before we have the whole picture.

Are the extensive acceptance criteria for ECB Premier League clubs in danger of creating an exclusive club?

It’s a fine balance, because clubs must be safe, inclusive and provide the best possible playing experience. The intent isn’t to add red tape and bureaucracy: it’s the balance between putting measures in place to ensure clubs are protected and supporting their success, against adding to their administrative tasks.

Grassroots cricket is at a critical juncture. With The Hundred limbering up, the game’s end points have never been further apart. In trying to be a sport for all, has it ever been quite so unsure of itself?

While the ECB insist they don’t wish to “command and control” the club game, there is a perception by many that volunteers are being suffocated by red tape. Free time is sparse but the demands on clubs have never been higher. While inclusivity, welfare and raising standards must be embraced, the daunting eligibility criteria for ECB Premier League accreditation and Clubmark is in danger of creating an exclusive club, with smaller clubs struggling to compete.

All Stars Cricket has been a success, but we still lack a nationwide initiative for a bigger pressure point: the teenage drop-off. Is a popular kids’ product really enough to forge life-long interest? Filling teamsheets is still a challenge for many clubs, and while support from above is vital, it’s local minds and muscle where we’re likely to find the solution.

Issue 28 of Wisden Cricket Monthly features an in-depth look at the current state of English cricket. Buy it now