Should leagues continue to pool their resources and reside within one large pyramid structure? Writing for Wisden Cricket Monthly, Rich Evans investigates a bold restructure on the south coast.

At their inaugural AGM on October 29, described as a “historic day for recreational cricket in the county”, Sussex Cricket sanctioned the creation of the Sussex Cricket League, incorporating a new structure that will see 335 teams compete across 34 divisions in a countywide competition, absorbing the four pre-existing leagues. Years in the making, the new structure was described by the county as “the world’s largest adult cricket league” and was met with almost universal approval.

This isn’t the first county to move towards one big pyramid structure, and regions don’t all share the same structural requirements, but it’s important to understand Sussex Cricket’s motives to determine whether other counties should – and will – follow suit. WCM caught up with the key driver behind the amalgamation, Gary Stanley, who will serve as the SCL’s new chairman.

Twenty months ago, the Adult Leagues Group, a think tank of the Sussex Cricket Foundation – the charity arm of Sussex Cricket responsible for recreational cricket in the county – convened to discuss declining participation, with reps from each of the four leagues present. The Sussex Premier League was in one corner, joined by its two feeder leagues, the West Sussex Invitation and East Sussex League, with the Mid-Sussex League completing the line-up, alongside other key stakeholders.

The latter had sat outside the pyramid but was becoming increasingly engaged with it as some of its clubs wanted to progress through a structure. Bob Warren, the Sussex Premier League chairman at the time, voiced the elephant in the room: “Why don’t we form one league?” It was a popular notion, but no one had wanted to make the first move. The group set up a consultation process with approximately 90 of the 140 clubs in the county sharing their views.

Since then, Gary Stanley, then chairman of the Adult League Group and West Sussex Invitation league, has led the revamp of Sussex’s recreational cricket landscape. He is also a board director of Sussex and a trustee of the Sussex Cricket Foundation; you’d be hard pressed to find someone who’s done more for grassroots cricket in the county in recent years.

"At some stage Middlesex may have all Saturday cricket played under one roof. Whether that’ll be a good thing, I don’t know"

“The four leagues got a clear steer from clubs that one league was the way forward, so we got agreement from Sussex Cricket to start one new league in 2019 called the Sussex Cricket League,” says Stanley. “Then clubs started asking us: ‘Why can’t we do that for 2018?’ You can’t implement a brand-new league in three or four months – there’s so much governance and constitutional factors – but we decided we could bring forward the introduction of the new playing structure to 2018, with the four existing leagues running it for one season, before the league proper starts in 2019. In total, 101 of 112 voting clubs approved, so we did it.”

Upon the official formation of the Sussex Cricket League last month, the four existing leagues closed their doors and the playing conditions and election of the executive committee and sub-committees were finalised. The Players Survey, distributed across the league network during the 2018 season, yielded more than 1,700 responses on start times, formatting issues and other playing conditions, described by the county as “by far the largest piece of insight that recreational cricket in Sussex has ever produced”. 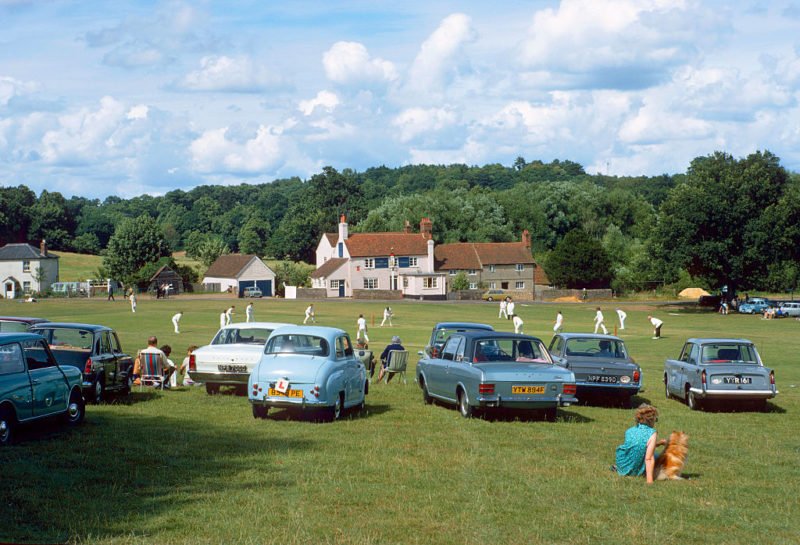 Are players now less inclined to travel reasonable distances to get their cricket fix?

Large pyramid leagues aren’t for everyone, though. Phil Mist, chairman of Bicester & North Oxford CC, expressed a common view to WCM: “These super leagues pushed by the ECB require more travelling than ever.” Nick Patefield of Brighouse CC told All Out Cricket last year that these “monster leagues” with pyramid structures are now “so big that you’re travelling 25 miles to play a team you’ve never played before”.

Last year, Rob Richtering, a league administrator with Yorkshire Premier League North, who was instrumental in bringing about the Premier League pyramid system in the county, predicted: “There’ll be fewer leagues because there’s a lack of people to run them.”

The Sussex Cricket League has shown that amalgamation and expansion can in fact reduce travel time. It's the league's raison d'être

It will happen faster than people think. In five years’ time, there’ll be half the leagues there are now.” Bob Baxter, chairman of the Middlesex County Cricket League (MCCL), tells WCM: “At some stage we may have all Saturday cricket played under one roof, whether that’ll be a good thing, I don’t know. Kids are reliant on other people taking them to games, and merging leagues probably won’t help – I can’t see players wanting to travel more than they’re travelling now.” Yet Baxter revealed that the MCCL, who have already merged leagues at third-team level, discussed the possibility of further mergers at their last committee meeting.

While limited resources will continue to thwart change in some areas, the Sussex Cricket League has shown through their pilot year that amalgamation and expansion can in fact reduce travel time. From a participation standpoint, it’s the league’s raison d’être.

This year saw a restructure of all teams across the breadth of the county regionalised under one big pyramid, with those at the top travelling countywide and those near the base travelling no more than 30 minutes, but the four existing leagues governed their own piece of the pie under their existing playing conditions – a speedily arranged pilot ahead of an outright amalgamation. For example, Stanley’s West Sussex Invitation league steered the western region of the new structure in 2018, while the Sussex Premier League led the top six divisions. 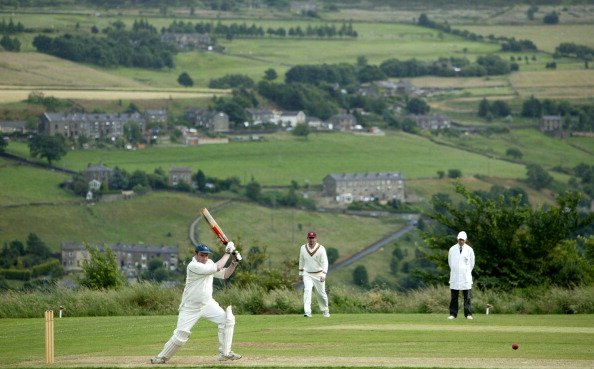 How far are you prepared to travel to play cricket?

“What I tried to do in the west, where I was chairman for eight years, is introduce shortened formats and reduce travel time,” says Stanley. “It’s been a lot easier doing that with one big league where you can regionalise it at the bottom. At the top you’ve got the best 20 teams playing countywide, while the bottom is regionalised six different ways, with reduced travel time. It takes away the need to choose between: ‘Do I want to play cricket, or do I want a social life?’”

Divisions three and four are now split between east and west, divisions five to nine are regionalised three ways – east, west and central – while division 10 and below are broken down into six different regions. A large club could have one team in the Premier League, a second team playing east/west, a third team playing east/west/central, and a fourth team competing in the south west. “Previously you had some teams in the centre of the county who weren’t playing in the central league because it wasn’t in the pyramid,” Stanley adds. “For example, teams in Burgess Hill and Haywards Heath – as central as you get – were playing in the West Sussex Invitation league and travelling long distances because they wanted more competitive cricket.”

Stanley acknowledges the motives stretch beyond the village green. “At the top of the league you’ve got performance and at the bottom you’ve got participation,” he says. “Both needed improving. Ten years ago, Sussex CCC were winning titles with Mushtaq Ahmed and Murray Goodwin, plus nine homegrown players. Recently, we’ve not produced as many. It was perceived that the standard of top-level club cricket had dipped, so we wanted to improve the player pathway, making it easier for promising players to move through the system.

“The main driver, though, was participation. We previously had fourth XIs – teams packed with kids – travelling an hour-and-a-half to play 90-over draw cricket then driving back. That’s just not going to keep people in the game.” 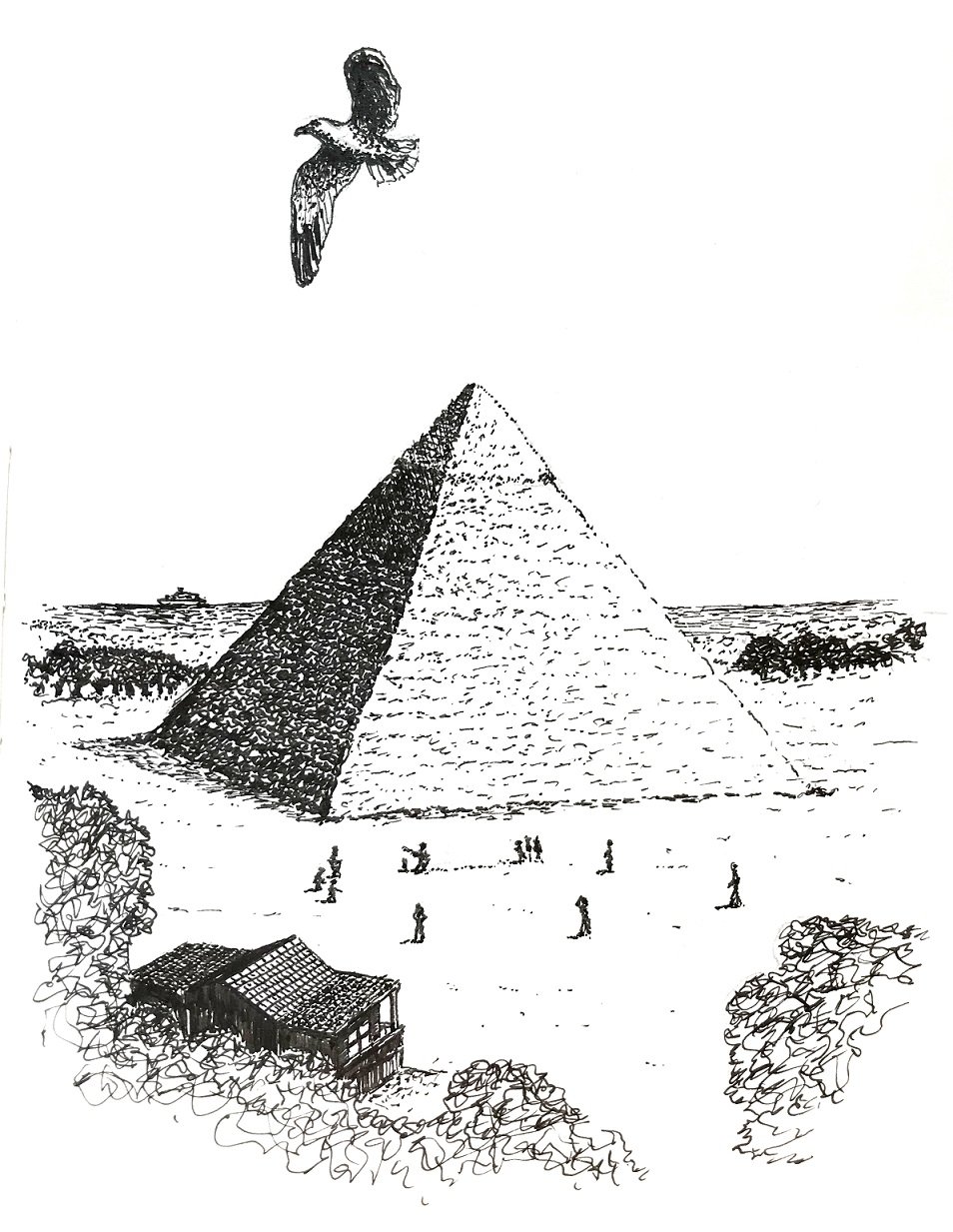 Ahead of 2018, representatives of the Adult Leagues Group had to decide where teams from the now defunct four leagues would be placed under the new structure. “There were one or two teams who won their league by miles this year, and one or two who have only won one or two games, but you’ll always get that,” says Stanley. “After an ironing out period of a couple of years, I think we’ll have it.”

There are still some loose ends to tie up, especially in terms of format and travel time. As Stanley concedes: “We know what’s best for the top [of the pyramid] and what’s best for the bottom, but it’s the middle that’s a challenge, as opinions are more divided.” Sussex Cricket aren’t alone in forming this judgement, but the assumption that lesser cricketers only want to play fast, local cricket while the ‘proper’ players are content to trek all over the county seems too simplistic; social and family obligations don’t discriminate on cricketing ability.

It’s easy to view mergers negatively – like a global conglomerate swallowing up a small, family-run business – but in uncertain times isn’t it best to pull together? Surely a single robust unit is preferable to three limp ones? Stanley has no doubt the amalgamation will benefit Sussex in the long run. “We didn’t do it for fun. It was done to achieve what people told us they wanted from cricket: shorter games, less travel time, more local cricket and more win/lose formats. That’s why we did this massive consultation, speaking to 90-odd clubs. We did our due diligence.”

Related Story: ‘It’s not about my son’ – Moin Khan takes on fellow TV panelist over son Azam’s overseas T20 appearances
Sussex Cricket are attempting to shape their product to their players’ needs and while it’s too early to label it a success, their efforts thus far should be applauded. Crucially, the consultation process didn’t stop at club officials – the view of current players is the most critical voice in any market research, but one not always presented at league AGMs. As Stanley acknowledges, “It’s not going to stop the drain of cricketers overnight” – eight teams dropped out in 2018 (albeit replaced by six new teams for 2019) – but it’s a big step in the right direction. He adds: “It’s a longer-term project and we’re putting it in place now while there’s still a healthy crop to protect.”

For more club cricket news and views, see our Your Game section

Can the London Cricket Trust boost the game in the capital?

“The short answer is yes, so long as LCT recognise the time constraints posed by modern life. The key is short-form cricket with all youngsters given the same amount of time for batting (irrespective of dismissals) and bowling – as was the case with Kwik Cricket. Games should last no longer than three hours and they should take place on artificial wickets at club grounds to cut down on wicket preparation costs. As Leshia Hawkins commented, older age groups should also be encouraged.” David Rimmer, St Margaretsbury Hon Sec 1987-1992 and 2003-2014

‏“Kids have propped up a bag to make wickets and played a game with a tennis ball or plastic ball for generations. It’s nothing new. The astro pitches are a good idea, but plastic nets are a waste of money.” Adam Brown, cricket coach – via Twitter