Live streaming. Video highlights. Scoring analytics. After you read this, we’re pretty sure you’ll be cajoling your cricket club’s committee to invest in PV/MATCH. Wisden.com caught up with the winners of last year’s PitchVision competition to discover how they’ve benefited from this special piece of kit.

Last year, Tamworth CC of the Birmingham & District Premier Cricket League were the lucky winners of a PV/MATCH camera system. Our panel rated the below shot as the finest entry in our photo contest, which we ran in collaboration with PitchVision – the company behind the tech. 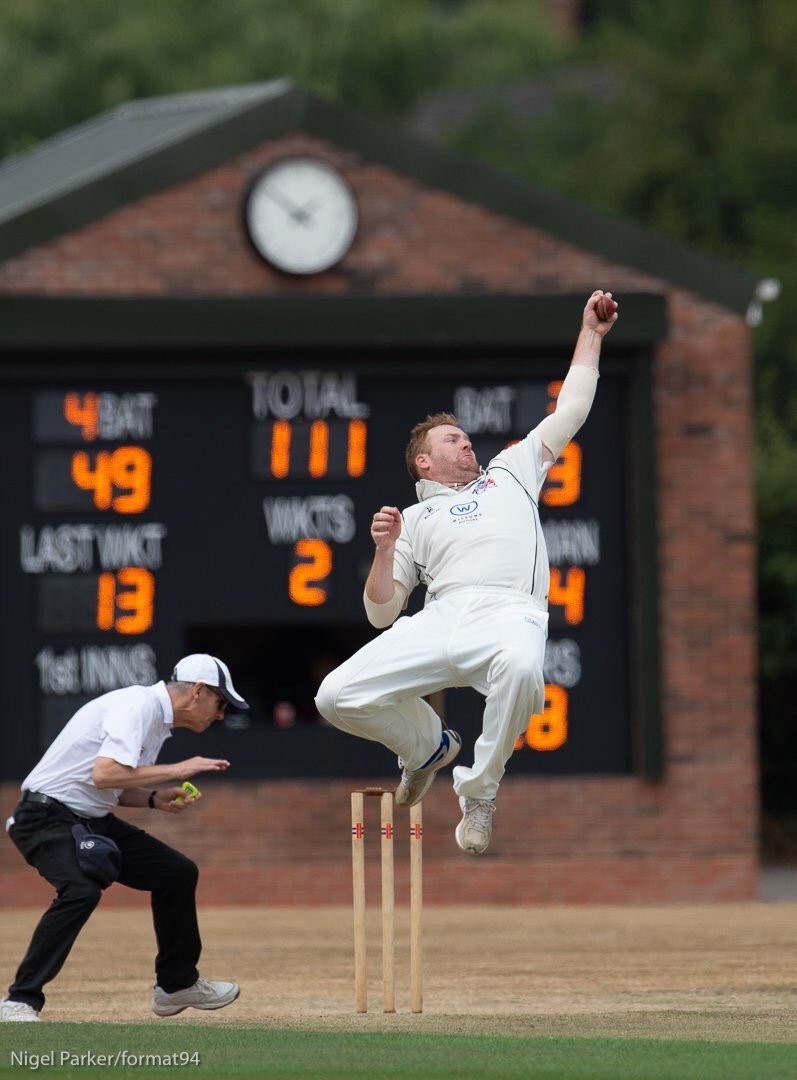 What a grab, sir!

The innovative scoring and live streaming techonology offers a plethora of benefits on and off the field. Below, James Tomson, performance analyst at Tamworth CC and Warwickshire, describes how PitchVision has enhanced the playing, spectating and coaching experience at his cricket club, and ultimately brought the club closer together.

What are your favourite features?

I bring my laptop down every Saturday and put the YouTube live stream on the TV. There’s about a ball-and-a-half delay, so if you miss something in real life, you can watch it again on the screen. If the old boys in the bar miss a wicket, they get another chance to see the replay. That’s the greatest element of it.

If you’re next man in and want to know if the ball’s swinging, you can have a look at the end of the over. You can stick it on after the game too; last month, we were sat watching our game back rather than the Cricket World Cup match, which just shows how well-received it is at the club. The PitchVision app itself is really good.

Has it brought the club closer together?

Yeah, 100 per cent. I was in the second team a few weeks ago and we had to break for rain, and all 11 of us were sat in the changing room watching the first team on our phones. It helps people who can’t be at the ground to stay involved too: a former member has been watching us every Saturday from Qatar; another lad from Australia.

It has an interactive scorecard and we tweet a link out every Saturday. Last week, my dad logged in and saw that I’d just got out, so he clicked on my dismissal, boundaries and highlights, which is super. Just replaying the game at the club has been a great way to get people interested in the other teams. It’s great for fines because we’ve now got video evidence, which can be quite funny.

The highlights packages seem to be popular on social media …

I’ve been producing a post-match highlights reel, which is about 60 seconds long – all the wickets and a couple of boundaries. It’s dead simple to make from the app – you can just save videos to your camera roll, put it all in iMovie, create a title screen on a third-party app, and then you’re away.

Is it easy to set up?

We trialled it in a T20 match. Leo from PitchVision gave us a Skype call after training one night and explained how to set it up, how to score on the laptop and how to get the most out of it. It comes in a fantastic portable bag, which allows you to easily transport it.

Has it influenced training or coaching methods?

Yeah, absolutely, though we haven’t used it in our junior section yet because we’re still waiting on photography consent forms. One week, a lad got 50, but then struggled for a few weeks. I sat down with him and went through the footage – what he did well and what he didn’t do well – and it’s shaped his training sessions.

We sometimes net on the square and you can use it then. You can also film on your phone via the app – record your own training session, insert the names of the bowler and batsman, and create profiles for each player.

PV/MATCH is a scoring technology that allows clubs to stream live games, score, plot wagon wheels, provide detailed line and length pitch maps, use analytical and annotation tools, and promote matches on social media at the push of a button.