Increased workload, mounds of red tape, and a dwindling volunteer pool is placing an immense and unsustainable burden on club and league officials. Something’s got to give, as Rich Evans discovers.

It’s never been so hard to run a cricket club. There are committee meetings, ECB Clubmark applications, constitution reviews, nets to book, teams to arrange, fixtures to find, teas to make, players to recruit, funds to raise, safeguarding, ground hire, risk management, general ground and clubhouse maintenance, DBS-checks, equipment orders, marketing, data protection, tax issues, payrolls… the list goes on. Sometimes you have to remind yourself that this is a recreational pursuit.

“There’s far too much red tape, paperwork and organising in cricket,” says Paul Blackwell, committee member of Rickmansworth CC and the Hertfordshire Cricket League. “We’re making it hard for people to join in and for clubs to exist.”

Club cricket is scrapping to stay relevant in an ever-changing world, and the people entrusted with sustaining our game – those who work tirelessly for nothing – need our help. Is the current weight of paperwork, monetisation, and legal back-covering making the role untenable? Is Clubmark status really so desirable? Is a lack of fresh-faced volunteers holding grassroots cricket back from kicking on into the modern world? These answers could influence whether a club – or even a league – wins its fight for survival. 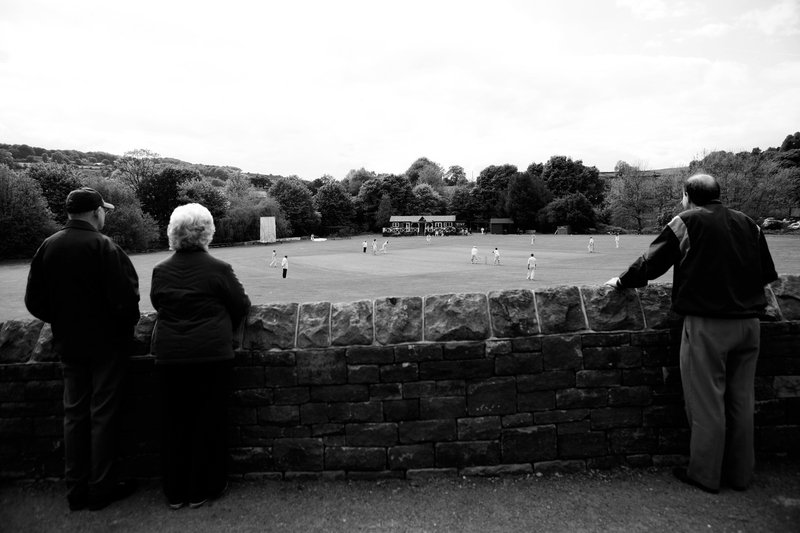 Although the aspirations of ECB’s Clubmark scheme are commendable, the longwinded application process and road to success provides a microcosm of cricket’s admin problem. It’s not something you can tick-off and forget about – accreditation lasts for three years and is subject to an annual health check, DBS-checks and certifications. At best, to borrow the words of Sport England: “[It] ensures the welfare of members and encourages everyone to enjoy sport and stay involved throughout their lives”. At worst, it fosters divisions and hastens the extinction of smaller clubs. Without a thriving junior section or access to grants, some clubs run the risk of being knocked off the food chain, as the rich get richer, and the poor get poorer. That’s just natural selection, some might say, but with participation numbers having fallen in recent years, surely the onus, from the top down, should be on finding a way for clubs to co-exist.

“Clubmark helps if you’re looking for grants or you’re trying to attract new parents, because it’s something they’ve been educated to look for,” says Burnley CC president Michael Brown. “What keeps clubs going is money, and how do you get money? You get it from grants and fundraising. The clubs that have got the best facilities and the best reputation are getting the best players. It may be a good thing, but it’s going to be a problem for the smaller clubs who perhaps don’t have the level of volunteers the bigger clubs have.”

“We lack a proper IT system that allows you to remove people from the process” – Michael Brown, president of Burnley CC

Blackwell agrees: “Rickmansworth is not a Clubmark club because it’s too much paperwork. There’s too much of an onus on the officials. I think the big clubs will continue to be successful and will continue to attract players, and the village green could well return to being the place where people walk their dogs.”

The burden of responsibility is also daunting for would-be officials. “We struggle like any other club to get high-quality people in to do particular roles,” adds Brown, the one-time Surrey, Middlesex and Hampshire batsman. “They’re not banging on the door to come on the committee. As the director you’re liable. If a kid gets hurt and you’ve not provided the environment for them to play safely, it’s a problem. Especially with the culture we live in these days, which is: It’s always somebody else’s fault.”

Blackwell, who spends two hours a day on cricket admin, is concerned by the Home Office’s tightening-up on recreational overseas players. “If he’s not registered properly, there’s a £20,000 fine. And who has to pay that? The chairman. Who in their right mind is going to say, ‘I’d like to be the chairman, please?’”

Club administrators need a pressure valve. Brown calls for a “highend IT system” and a “centralised administration portal”. He says: “Is there a way to help with getting membership paid online, and an easy way to log insurances, CRB’s and coach details?” According to his masterplan, by receiving and logging payments, individual players could log on, pay their subs and enter their details, which would ease some of the pressure on the administrator, while leagues could access relevant data, such as registered players. The ECB appears to agree. Matt Dwyer, ECB’s director of growth and participation, is eager to provide adequate digital support through PlayCricket.com, with phased enhancements to be released over the next two seasons. He believes this will help clubs facilitate communications and payments, and centralise general administration. The ECB has already started to integrate online payments into the portal and will market it more rigorously next year. For Brown, this can’t come soon enough, but centralising such systems is bad news for rival cricket technology companies; CricHQ, for instance, went into receivership last month. Slate, the match fee app, will be watching developments with interest.

The ECB has acknowledged club cricket’s admin issue for some time. “What I observed early on was a lot of bureaucracy that didn’t need to be there,” says Dwyer. “We’ve now gone fully online with regards to safeguarding, which makes the process for clubs a whole lot easier. So we need to ensure there are basic administration elements that keep people away from the risks associated with it but also eliminating some of the red tape. You’ve got to get the balance right between minimising risk to our players – and to our clubs.”

Volunteer-shy league organisations are also close to melting point. At the start of last season, Rob Richtering, the general secretary of Yorkshire Premier League North, claimed that the administrative burden had become worse than ever. “Last year we had an unprecedented amount of disciplinary issues to deal with, and 2016 was a terrible year for discipline. We had to deal with everything from sex offenders to people playing under pseudo names. The general one is dissent to umpires. We had one issue that must have taken 70-80 hours to deal with because it involved other leagues. It was a nightmare. Discipline, complaints and protests take up 80 per cent of our time. There seems to be people complaining about anything these days, but they do in life – it just reflects society.

“With club secretaries, the turnover is massive. In the past, a club secretary would be there for 20, 30, 40 years. You’ve got to look after the administrator. There’s a massive effort to recruit more players and increase participation, which is fantastic, but sometimes you feel the administrators are forgotten. That’s my massive worry.”

While generally upbeat about the game’s prospects, Richtering is perturbed by the retirement of several influential secretaries in neighbouring leagues and senses a tipping point in the landscape. “I think there’ll be less leagues because there’s a lack of people to run them. I can see that happening already in Yorkshire, and I think it will happen faster than people think. In some leagues, one man does everything. What happens if he leaves? In five years’ time, I think there’ll be half the leagues there are now, certainly in Yorkshire. They’ll have to pull in all their resources.”

“Like a Playstation, the modern player just wants to switch it on, play the game and leave” – Paul Blackwell, registration secretary, Herts Cricket League

The Kent Regional Cricket League called an emergency AGM in September. The invitation read: “As it stands, we have no new volunteers to take the league forward after the AGM in November 2017. If this isn’t resolved soon, then we may need to consider ‘Rule 24 – Winding Up of The League.’” Last month, via Twitter, the Sussex Premier Cricket League announced the county’s new one-league structure a year ahead of schedule, amalgamating the four existing leagues.

Furthermore, the game needs the attitude of the modern player to change. “Like a PlayStation, they just want to switch it on, play the game and leave,” says Blackwell. “Cricket isn’t that kind of game. You have to give something back. But because there’s a lack of people willing to be involved, we’ll be losing our facilities and losing our organisations that support cricket itself.”

Club cricket doesn’t know whether it’s dividing or uniting. The gap between big and small clubs is set to widen, yet an increase in both club and league mergers is also likely. An influx of new volunteers is crucial, not only to ease the pressure on the faithful few, but to induce fresh ideas. Cricket may have more rival leisure outlets than ever, but the club cricketer – and therefore club cricket itself – can only be protected once we’ve looked after the administrator.