How club cricketers get – and deal with getting – 0.

Absolute, stone-cold, rip-your-own-face-off torture for everyone involved. Your opening bat arrived at the crease with carefully rolled-up sleeves and a generous waft of body spray, but soon the promise of his appearance is revealed as a run-shy mirage.

After leaving, blocking, missing, hitting to a fielder, missing, leaving, blocking and missing for what seems like three weeks, he decides that 18-0 off 20 overs is a suitable platform from which to kick on, and promptly spoons a hostile half-volley straight to mid-off. It’s the most useful thing he’s done all day.

When a dodgy umpiring decision denies you a guaranteed hundred (of which you were, admittedly, yet to score a single run), one thing is clear from your foul-mouthed stomp off the field: the dressing room wall is in for some punishment.

As you leave the square you’re still in shock at the umpire’s blunder; by the time you’ve got your pads off you’ve resolved to track down his address and made detailed plans to dispose of the body.

For the rest of the innings you remain a man apart: your heavy, slumping silence is broken only by lonely walks around the boundary, where, finding a spot to sit down as far away from the pavilion as is possible while remaining in the same post code, you decide you hate not only this umpire, but all umpires, all your teammates, the game of cricket and indeed the whole of life itself. 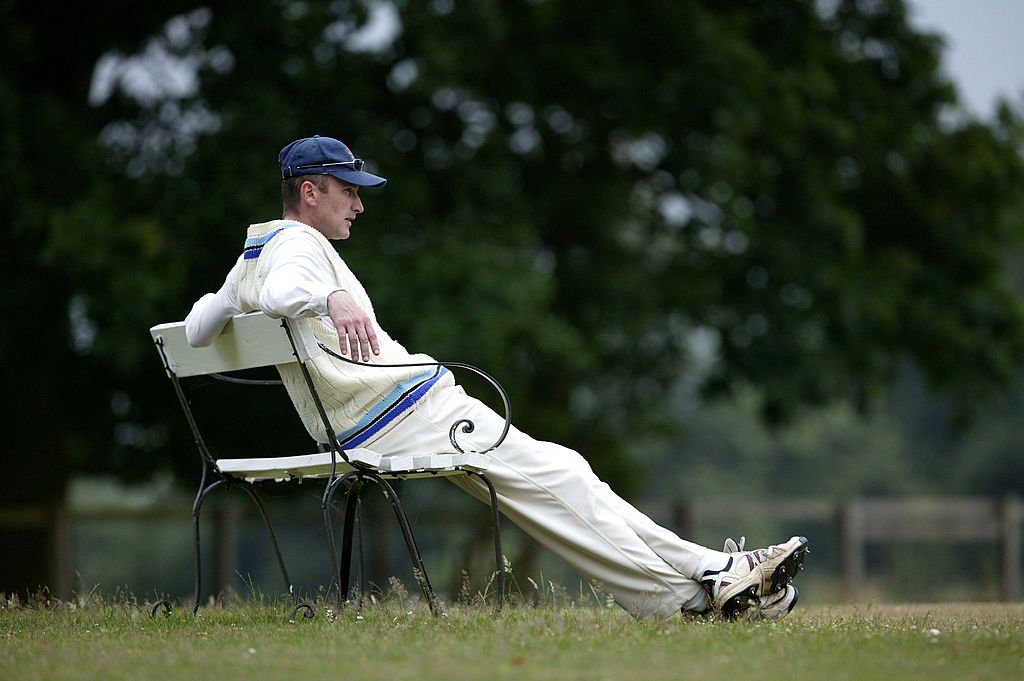 It was never out…

The quick and painless

Sometimes, there’s a man. And this man, well, he’s a boundary hitter. Or rather, he was, at one time. Sometimes. Every now and then, long ago, sometimes he hit sixes. Despite the fact that that magical match-winning 37* off 14 balls was 13 years ago, he still comes in at No.7 with the role of ‘upping the rate’ and ‘moving things along’.

His innings still have the breezy feel of his former triumphs, even if these days they’re a little heavier on breeze than triumph. “I only know one way,” he says, cheerfully resigned, returning after pinning back the ears on another glorious lofted drive, taking a hefty portion of fresh air and getting cleaned up for a harmless golden.

He’s here to enjoy himself, and nothing’s going to stop him. Grinning manically the entire day, for Mr Brightside, dropping a catch is all part of the fun. In fact, the easier the chance, the funnier the story. And it’s the same when it comes to batting. So they can bowl where they like – he’s playing his cover drive come what may, because that’s his shot. When he predictably punches a back-of-a-length ball for a dolly back to the bowler third ball, the grin – naturally – remains. “Just wasn’t in my arc.” Oh well, nearly shower time. Then beer time. Then curry time. God, what a great day!

Nought doesn’t have to mean nothing. For a No.11 striding out with a few left to get and one job to do – hold up an end – there can be unimagined heroism in the 0 not out. “Bat on ball,” they say – all those teammates too crap to have got the thing done themselves – and there you are, heart-a-flutter, showing just how simple it actually is to just bloody well stay in when you need to. Your partner gets the runs, but he’s not the only one raising his bat when you walk off with your triumphant red-inker. You know it’s cricket when even in zero there is glory.