For keen (middle-aged) club cricketer Nick Campion, a sustained strength and conditioning programme has helped keep him fit and performing at his optimum level. In the first of a two-parter he outlines the process by which he gets fit for a summer of club cricket. First published in issue 52 of Wisden Cricket Monthly.

The game, I thought, as a 14-year-old boy scooped me first over fine-leg and then over third-man, has changed. I’m surrounded by people decades younger than me who have more shots, more variations, more stamina, more speed and fewer injuries. So, what next? Pack it in? Await my demotion to the seconds? Take up umpiring or, even worse, golf?

These thoughts swirled around during the truncated 2020 season, when we managed a couple of months’ cricket between lockdowns. Hobbling into autumn, I had a chance conversation with Simon Brundish, a renowned strength & conditioning specialist, who happens to live locally. Why don’t you pop round, he said, and we’ll take a look. I think he saw me as an interesting project and we agreed to work together.

What I hadn’t anticipated was just how much of my winter training programme would involve hopping, skipping and jumping around the village hall car park, nor how much I’d enjoy the simple exhilaration of lifting really heavy things and putting them down again. Most importantly, our winter training prepared me for a 2021 season in which I played 24 games, with no apparent loss of pace in bowling or power in my batting (although declining eyesight and lack of practice ensured modest returns) and injury only really becoming an issue towards the season’s end.

What I did notice was teammates saying things like, ‘I don’t know how you keep going,’ and ‘You must give me your fitness regime’. Well, for all those who asked – read on. For anyone who would like to perform well, stay fit, be as good as they can be regardless of age, sex or standard, I hope this is useful. Never mind your new £400 bat, your tweaked trigger movement or your new wobble-seam delivery – this could change your season.

The first thing to do is understand your body’s capabilities and identify and ease its restrictions. If you can afford just one or two sessions with a UKSCA (UK Strength and Conditioning Association) coach, it is worth enlisting them at the start of your journey so they can help you understand your restrictions, define your cricket goals and work out how to get from A to B. 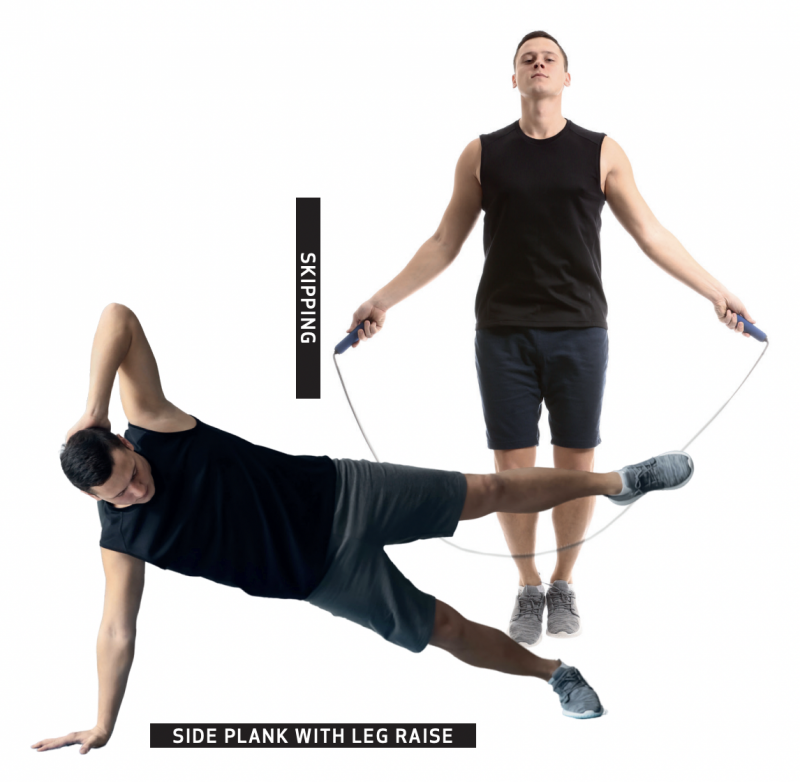 If you want to do it yourself, try these exercises: any you can’t do – repeat until you can. 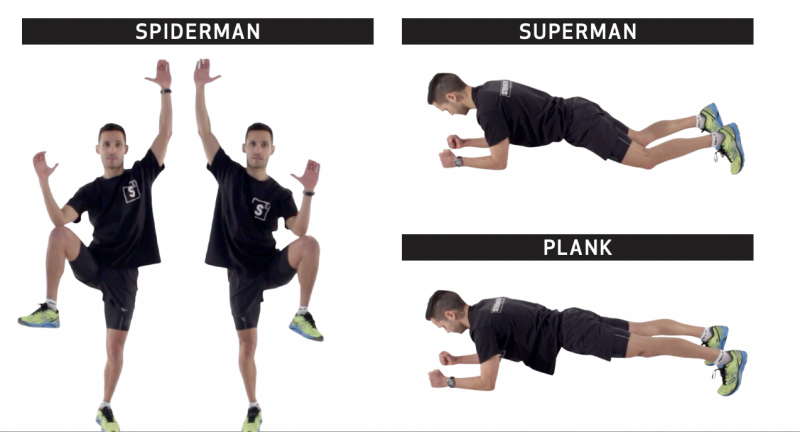 These exercises are not just for starting out, they are great for both warming up and working out, giving you the most solid foundations to work from.

It’s worth noting that ‘core’ is not just how many sit-ups you can do, it’s about the connection – the kinetic chain – between your fingers and your toes and being able to create a column through the middle of your body so you can rotate or pull or flex or straighten your limbs around that core column. A strong and responsive core is behind almost everything in cricket. All the above exercises are brilliant for core.

Stretching isn’t warming up – and other myths

STRETCHING: It may come as a shock to find out that stretching is probably not doing you any good at all. Warming up should be about activation, not static stretching. It has no proven benefits before exercise. If it really does make you feel good and ready to play, then carry on – but try and make the stretches dynamic, not static, and do them in the middle of your warm-up, not the beginning or end.

RUNNING: Many club cricketers will hit the streets as April heaves into view in the belief that a few runs will get them ready for the season. They won’t. If you’re a regular runner, fine – carry on. However, most non-regular runners will go running because they believe it will raise their aerobic fitness – but it’s more likely to raise their heart rate above a base level of aerobic fitness because they run too fast and get tired too early. If you want to improve your aerobic fitness, walk fast for 40-plus minutes every day. It will increase aerobic performance and reduce the strain on your joints compared to running.

MUSCLE-BOUND: ‘I don’t want to lift weights because I’ll become too bulky.’ This isn’t going to happen, says Simon. “It’s really, really hard to put muscle on. It has to be deliberate, sustained and underpinned by protein intake. To look bulky, you need to add probably 20kg of muscle – that’s years of work. But you will gain strength if you lift heavy weights and learn to fire and coordinate the muscles you already have.”

Next, skipping. You’re going to need a bit of space for this – and a bit of resilience. It took me weeks to be able to drop straight into a skip without looking like some nightmarish hybrid of Peter Crouch and Theresa May. Simon says: “Skipping is the basis for everything that follows: it requires coordination, it is brilliant for firing up the whole body, helps you run faster, and in particular it starts preparing the body for bowling. You can feel when you’re getting it right – it feels natural, efficient, athletic. You’ll know if you’re getting it wrong because you’ll feel like an idiot.”

Then on to hopping. Controlling the movement and the landing, especially stopping on one leg, requires a strong core column and great timing, otherwise the ankle or knee collapses beneath you. It’s hugely relevant to cricket, mimicking a bowler’s delivery, and fielders and batter turning.

Bounding next. Now this does take a bit of guts to do in public because even when you’re doing it right, it looks like you’re trying to run in slow motion on the moon. Anyway, all good for strength and coordination, especially for fast bowling.

Next, get sprinting. Simon again: “Cricket is made up of a lot of sudden short sprints. In training, if you sprint more, you get faster, your muscles react quicker. Working with you, I made sure we did a variety of different starting positions so if your brain already has this toolbox of different movements to begin a sprint, all the better for whatever position you find yourself in when fielding or batting.”

The final stage of the process is to lift some weights. We’ll run through that more next month but regarding its importance, former Northants and Leicestershire S&C coach Chris Tombs says: “Look at fast bowling: one of the most physically demanding activities in sport. The loading around the hips and the spine, the shoulder, the forces going through ankle, knee, hip from an impact of 6-8 times bodyweight on delivery stride… it’s an exhausting, repetitive action.

“However, strength means resilience. The stronger you are, the more efficient sub-maximal tasks will become. If I can squat 200kg and you can squat 100kg, the effort required to lift 100kg is 50 per cent of my maximum strength but 100 per cent of yours. Lifting 100kg many times will be much easier for me. Translate this to bowling and while I’ll be able to keep going longer, with less fatigue and more control, you’ll be fighting fatigue, losing your pace, line and length, and risking injury.”

And, of course, extra strength – when combined with timing – also means more power.

There’s another side to all this – and that’s just how good the training can make you feel. Safely lifting a deadlift ‘personal best’ feels fantastic, makes you realise what you can do and gives you the sort of confidence boost you can carry into your game. It also helps you rewrite the script around what you think your body can achieve.

Simon adds: “The reality is, a 16-year-old’s muscles are going to be like filet mignon and a 50-year-old’s like brisket. Cell regeneration slows and the elasticity isn’t going to be there – but muscle mass decline with age is not as significant as people think. Sedentary behaviour is the biggest factor. I train 13-year-olds and an 81-year-old and everything in between and I can tell you that there are physical performance gains at every age.”