It’s becoming increasingly difficult to satisfy demanding ‘customers’ in a saturated cricket marketplace. What’s the best way to approach player retention and recruitment – and is there any club loyalty anymore? Rich Evans investigates.

You’ve blown away the cobwebs with a few winter nets, shed a few festive pounds and allowed the 2018 season to creep into your headspace. Cricket captains are scribbling down their dream team in the impossible event of every player in their side being available at the same time. While a few newbies have rocked up to nets, a couple of stalwarts are threatening retirement and the acquisition of an overseas pro has been scuppered by stiffened Home Office policy. Player retention and recruitment is vital to a club’s sustainability – so, what can we do to make our clubs more attractive to the modern cricket consumer?

In the winter of 2015, six members of my local cricket club attended several strategy meetings to identify the main challenges the club faced, and to discuss potential solutions. Player retention and recruitment was one of five critical subjects, which included actively seeking 18-30-year-old recruits, while forging a stronger sense of belonging for members. But, like so often, the best laid plans fell derelict in a storm of admin thrust on a handful of knackered volunteers.

I see the modern club cricketer as a mercenary

To pacify and supplement your membership, it’s important to consider the psyche of the modern club cricketer. “A lot of people just want things on a plate,” says Hertfordshire Cricket League committee member Paul Blackwell. “People don’t want to be captain, they don’t want to be on the committee. Like a golf course, they want to pay their fee, play golf, then go home. Nowadays, there’s a selfish attitude: ‘I want to bat here and I want to bowl, and if I don’t then I’ll go somewhere else’. I see people moving clubs a lot more, mostly because they didn’t get on with the captain or didn’t bowl as much as they would like to.

“I see the modern cricketer as a mercenary who plays where and when he wants to play. I don’t see people buying into the concept of being the ‘club man’. There’s not the same concept of being part of a club for thirty years like I have. People come and go as they like.”

While it’s a somewhat downbeat generalisation, and it should be noted that many loyalists do still exist, many club officers are well-acquainted with this archetype.

Simon Prodger, the managing director of the National Cricket Conference, opts against constructing a stereotype, insisting: “I’m not sure what a typical club cricketer is right here, right now.” He does, however, offer insight into the behavioural vicissitudes that have bred a migrant mindset in club cricketers. “The introduction of ECB Premier Leagues created an environment where many clubs suffer,” he says. “Players are being drawn away. That itself has fed a migrant attitude to a significant raft of players who don’t feel any long-term allegiance to a club, and move from club to club whether they’re being paid or otherwise. There’s a definite shift in the behavioural patterns of players and attitudes to club loyalty.” 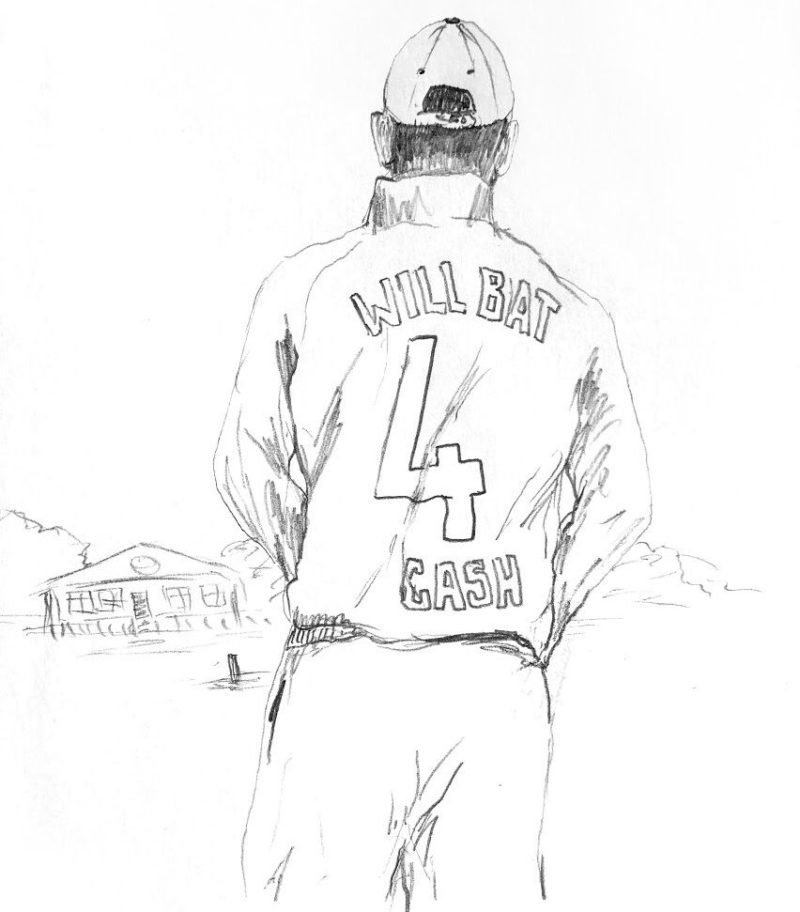 With the club cricket transfer market more buoyant than ever, players are moving on for various reasons – the allure of cash, mates playing for another team, a dispute with the skipper, the opportunity to play at a higher level, the promise of a more prominent role, and geographical convenience. Even worse, they may totally turn their backs on the game due to a lack of time or decreasing enjoyment.

Is your club doing enough to facilitate a sense of belonging among its existing members? It’s a key question. Clubs must find innovative ways – and the time – to engage their membership, which will include embracing digital technologies and using social media to foster togetherness. Social events can be key to keeping the club afloat by empowering your club’s ‘connectors’ – those who are naturally skilled at bringing people together – but you may need more than fish and chips and a sorry-looking raffle table to barge your way into people’s bustling schedules.

As Prodger says: “A really good social manager is a godsend.” But acquiring skilled volunteers and getting member or parental buy-in, to anything, is no easy task. Last year, my club sent out an online survey which attempted to ascertain how the club could improve the players’ cricketing experience. Of the 126 recipients, 15 replied.

The breadth of resources will vary considerably from club to club, but now is the time of year to identify and promote your club’s USPs to the community. Is it the amazing ground, the club’s heritage, midsummer barbecues, top-level coaching, a thriving junior section, the former international pro or the burgeoning trophy cabinet? Some out-of-the-box thinking is required to get players to part with their annual subs, such as membership bundles that may include kit or discounted match fees, or introductory rates for new players. You may be beaten on price by a rival club, but which club offers the best-value cricketing experience? Hardline attitudes to memberships – we won’t pick you if you haven’t paid up by X – are unenforceable if availability is poor, and in an age starved of regular ‘core’ players, pricing and membership tiers must accommodate the part-time or less affluent cricketer. Club cricket needs a welcome mat at its door – not a burly bouncer.

Some clubs are better placed – literally – for procuring new players. Reed CC, a very well-run Hertfordshire-based club who won the National Village Cup in 2011 and 2017, resides in a strong catchment area. It is a different story for Prodger’s Watford Town CC, however. “Draw a five-mile radius around Watford Town and you’ve probably got close to 25-30 clubs,” he says. “So, there’d be a big argument to suggest there are too many clubs in relation to players available. Trying to sustain a club in that environment is difficult.” Burnley CC president Michael Brown agrees: “Your location is integral. If your ground is in a housing estate, it’s far easier to attract the marginal customer.” 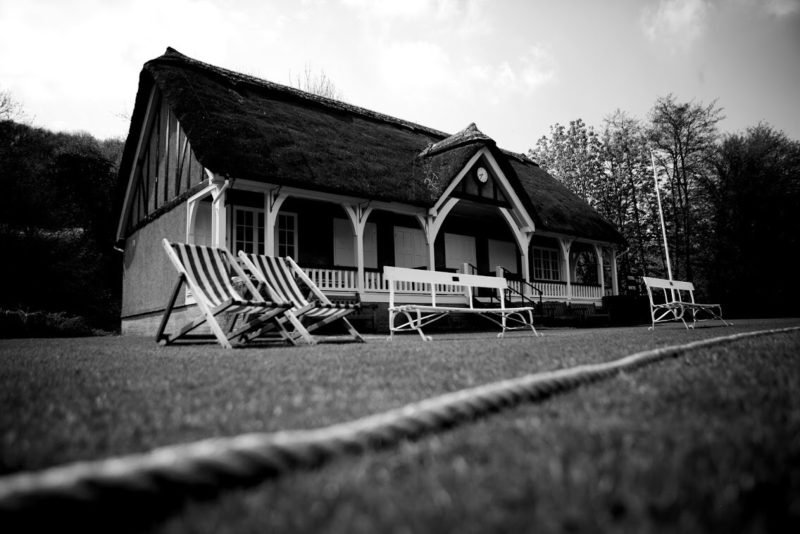 “When the mercenaries leave, where do you go? You’re constantly trying to replace people”

Prodger is aware of his club’s limitations in the marketplace. “We’re not going to attract superstars – we’re not a Premier League side,” he says. “In the world we live in, it’s very easy for players to be seduced and induced. That’s not something that we can compete with. We’re not a rich club, so we must survive on our wits. We try and find a player that will stay with us for a long time. But we do it without inducement. You only have one option: build the club from bottom-up – and make a strong junior section. Focus on that, accept whatever may come in terms of league position and build for the future. I don’t see any other option, unless you’ve got a benefactor who’s got plenty of cash and you’re going to induce a raft of players – that does nothing for the club or community environment.”

Paying cricketers to play will always divide opinion. At worst, the practice can activate a destabilising process that damages the long-term finance, success and harmony of a club, foster an unlevel playing field, and create divisions in the dressing room. But it’s often totally legal, with many leagues placing no restrictions on the practice; some have reluctantly relaxed rules as they deem them unpoliceable. 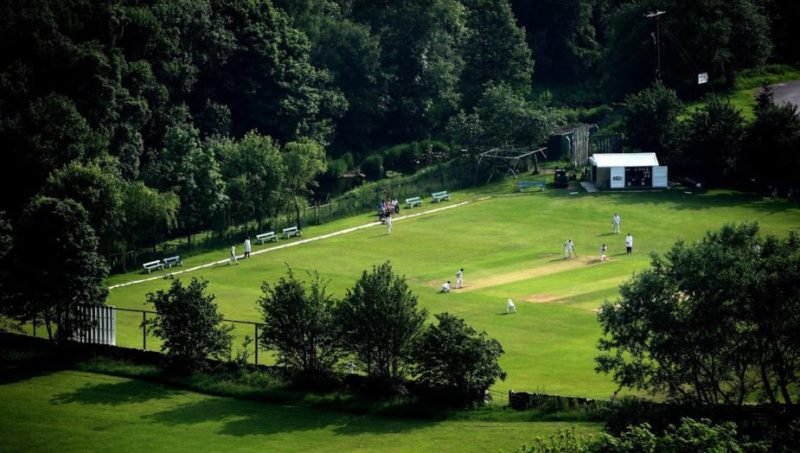 The club cricket landscape is changing. Is your club ready for the challenges ahead?

Brown, the former Surrey, Middlesex and Hampshire cricketer, respects the need to remain ethical and the dangers of growing too quickly. “You’ve got to work within the realms of legality – you don’t want to poach other clubs’ players. People talk as to who’s not happy, and if someone becomes available you enquire about their expectations. Do you want to recruit someone who’ll take the place of a youngster? Getting the balance is important. [We ask ourselves:] Why should we let them into our club and what are they going to offer? We look to recruit players with a good club ethic. We could try to recruit players who make our team much stronger, but if they’re just going to leave two years later, you run the risk of your second-team players – often the ones who get their hands dirty – leaving for opportunities elsewhere. When the mercenaries leave, where do you go? You’re constantly trying to replace people. It’s a vicious cycle.”

Brown identifies three key strands for effective recruitment: social media, getting into schools and investing in your facilities.

Related Story: David Willey hits back at ‘inaccurate’ comments from Yorkshire, criticises ‘unsettling’ environment after choosing to leave club
There are of course examples of clubs who deliver a product that their customers desire in an objective and strategic way. OK, we’re talking about club cricket, not commerce, but perhaps a more professional approach is now required. In dog-eat-dog times, amateur cricket clubs can no longer afford to think like amateurs. Clubs must evaluate what’s working well and what isn’t, and how the club can respond to – and indeed benefit from – societal changes, while adapting to advancements in lifestyles, social and mobile media, and the rise of the individualistic consumer.

But no one said it was easy. There are greater forces at work, so club committees shouldn’t be too critical of themselves if their schemes fail to fly. Cricket used to be a way of life – families were involved, that was your weekend sorted. Now, players attempt to fit cricket around their busy lives. Priorities have shifted. We used to have players playing both days of the weekend but now many of us rely heavily on cajoling a pool of part-timers to make up the numbers. Meanwhile, the alarming drop-off rate of 15-18-year-olds shows no sign of abating. Prodger, more informed than most of the game’s stark realities, provides what could be a conclusion to many a club debate: “Maybe that’s the environment we live in. Maybe that’s the social order of today. Maybe wishing for days of the past is pointless and our game and club life has to adjust to societal norms as they are now, as opposed to what they were 30-40 years ago.”

Your voice matters: Join the debate and share your views on grassroots cricket by emailing editorial@wisden.com, tweeting @WisdenCricket or commenting below.