As recreational cricket holds it breath and awaits further instructions, many involved on the frontline fear that momentum will be lost and small clubs with junior sections carry the risk of running out of steam. Steve Menary examines the situation in Issue 5 of Pinch Hitter.

Cricket couldn’t have asked for better advertising than what happened last summer. A World Cup win on terrestrial TV, a thrilling Ashes, and in Ben Stokes, the emergence of a true breakout star.

As someone who spends a lot of time developing young cricketers, I believe that it happened just in the nick of time. I’ve seen first-hand how cricket has been trying for years to counter threats to junior recruitment from part-time jobs, relationships, social media, computer games and the remorseless roll-out of football, and that’s to name just a few.

This summer should have been a boom time for the game. Instead, coronavirus threatens to knock the bails off much of kids’ cricket, leaving administrators, especially of the smaller clubs, very worried.

Steve Turner is the junior secretary at Hyde CC, based near the New Forest in Hampshire. “We as a club are very much reliant on the colts coming through to play for the adult teams in the future to keep the club sustainable,” he says. “Many of the 14- and 15-year-olds play for the adult teams and are always the most enthusiastic players, as well as being the club’s future.”

Over the past few years, swathes of junior sections have disappeared from New Forest-region clubs. This is having a knock-on effect. Forest clubs play in the Hampshire League (HCL) had entries from 341 male senior teams in 2013, yet only 299 sides drew stumps at the end of last summer.

Many of the clubs vanishing tend to put out one or two XIs on a Saturday, usually without junior sections. New Forest cricket enthusiast Dave Marshall compared the HCL in 2017 to a quarter of a century earlier. “In 1992, the most likely club set-up of a team you were playing on a Saturday was a two-team club followed by a single-team club,” says Marshall. “In 2017 the most likely club set-up you’d encounter is a three-team club, and almost 60 per cent of the teams are from three- to six-team clubs. There was a trend away from works clubs. There are hardly any of those left now.” 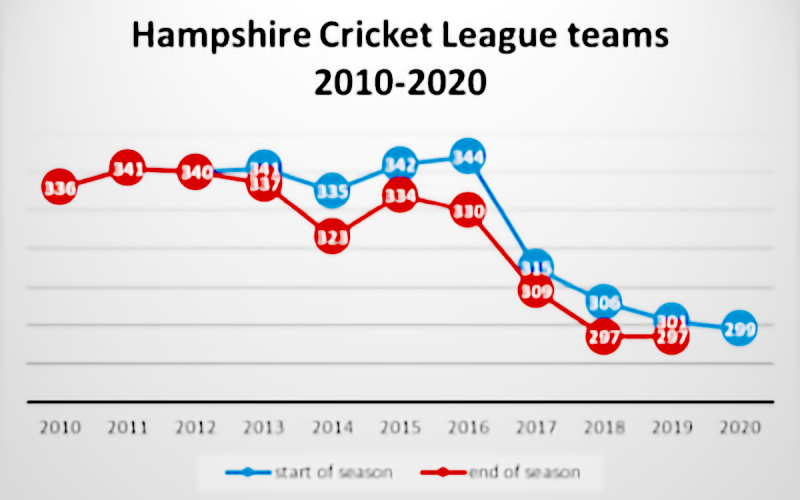 At least a pathway now exists to help clubs of all sizes. The Chance to Shine charity sends coaches into junior schools, where children are encouraged to join their local clubs. The advent in 2017 of All Stars for children under eight provided a further boost, with parents encouraged to help with training rather than go to the pub.

Forest clubs like Brockenhurst, Lyndhurst and my own club Burley have all started junior sections to try and sustain two Saturday sides. At the HCL, the tide was being been stemmed. There were are more entries this summer than finished 2019, but the virus threatens to undo all of this encouraging work.

Brockenhurst’s junior secretary Tim Kilsby says: “Most of our under 11s will be under 13 next year which will be a big step for them if they don’t play this year. Some of my kids are really keen and will play cricket in the garden, but many won’t. Kids don’t tend to play spontaneous cricket in the UK anymore and need to be organised.”

With dates for a resumption of cricket pushed further out to August 1 at the very earliest, the traditional end for the junior season draws closer. This needs to be resisted, says Club Cricket Conference chairman Robbie Book.

“There’s a myth that cricket has to stop because everyone goes away [on holiday] but that’s not true,” says Book. “Not everyone goes away. But that’s created a situation where there is hardly any junior cricket in August. Cricket for juniors has to be played all year round.”

Once the outdoor season is over, indoor leagues play a vital role in retaining momentum. At the Dorset Indoor centre in Hurn, the deadline for junior entries is usually late June but organiser Alan Graham from the Dorset Cricket Board is also unsure of the future.

Related Story: The Wisden Cricket Photograph of the Year Competition 2021 is now open for entries

He says: “I’ve got big doubts about indoor cricket. It’s going to be tough. Maybe we will have one parent and six kids inside the hall and parents will have to drop them off and go, or maybe it will be easier to try and carry on outdoors?”

Graham hopes that as the lockdown eases there can be matches in late summer, but parents and administrators will be wary of healthcare concerns and potential infection.

“We are all volunteers and don’t want to be exposed to any claims,” says Hyde’s Steve Turner, who continues to run a junior section even though his sons Alex and James have gone on to greater heights in adult cricket. 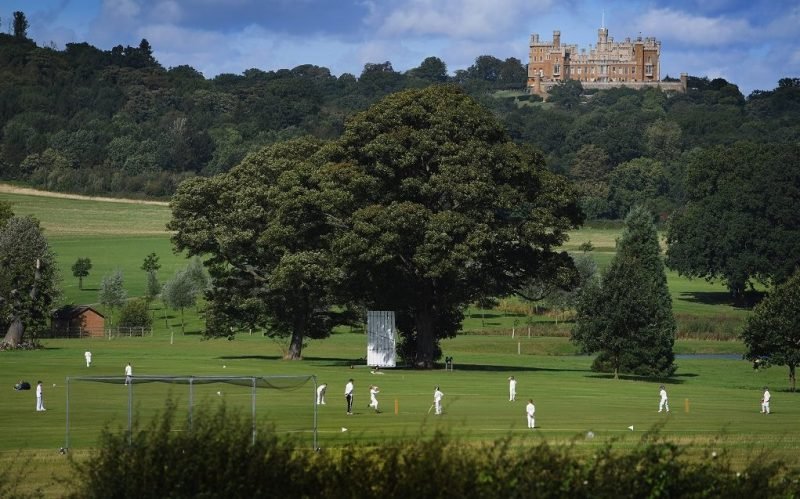 ‘As children start returning to school, we are exploring how the guidelines can be deployed for cricket’ – Tom Harrison, ECB

Many other parents move on, taking away vital income and support. Smaller clubs typically have fewer volunteers. Once stalwarts go, clubs can fold, and a key plank of the ECB’s 2020-24 Inspiring Generation strategy was to double the volunteer base. That is also under threat from the virus.

“Smaller clubs are more vulnerable, whether they are junior or adult, but it depends on the volunteer base,” says Simon Jones, the cricket development manager at the Hampshire Cricket Board, which is trying to retain interest through social media.

The HCB runs webinars and courses on social media engagement, fundraising and umpiring, launched a podcast and carried out a club survey that is about to be published. A key finding is simply to play cricket, but the ECB has no simple answers.

“The recreational game currently remains suspended until further notice – with the sole exception of the use of outdoor cricket facilities (nets and pitches) for the purpose of undertaking exercise,” says an ECB spokesperson in a statement, with the ECB’s CEO Tom Harrison adding: “As children start returning to school in the coming weeks, we look forward to exploring how those guidelines and learnings can be deployed for cricket. This can then see the recreational game continue its phased return as soon as we have Government approval.”

With many families expected to stay at home this summer, junior cricket will have a rare window to play later. It’s essential to avoid a blank year, for the dire implications for the adult game that would surely follow.