In the fourth instalment of the Every Club Has One series, Rich Evans celebrates the fashion gurus of the village green.

Sporting £250 cricket-bespoke sunnies and full club kit – even the hoodie, especially the hoodie – Show Pony rocks up in his rented Lotus Elise Sport wearing the club crest top-to-toe, like someone got trigger-happy with a label gun. If he ever wound up in the lost and found after a few post-match tinnies, they’d know where to return him.

After greeting his teammates with a fist-bump that bemuses the veteran trundlers, he wheels his mahoosive kit bag past what he perceives to be the oppo’s covetous onlookers. His smugness recedes when he discovers the changing room is upstairs.

While teammates are scrambling around for unwashed kit and an Alka-Seltzer, our hero is concocting his own special energy brew, erecting his quiff, taping his bat and rolling up his short sleeves to expose that extra inch of bicep.

An hour later, wolf whistles greet this fine specimen of a cricketer as he enters the crease, as the oppo clock the nickname and number printed on the back of Show Pony’s shirt. 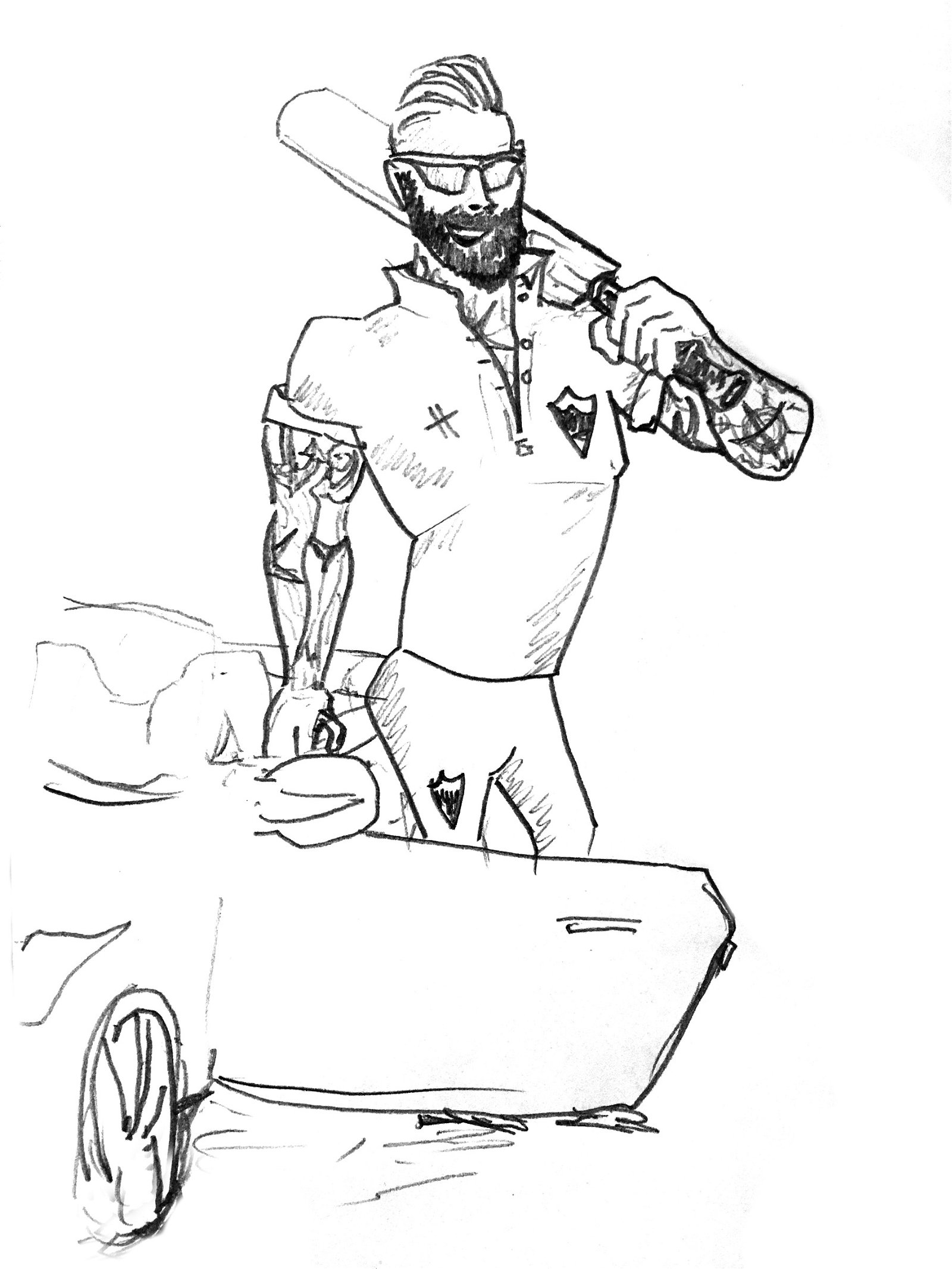 Who’s the show pony at your club?

He takes “two-legs” by hammering a bail’s-end into the ground with the top of the bat handle because he saw Ramnaresh Sarwan do it once. He’s even partial to a Chris Gayle-inspired bandana on a hot day.

Often labelled a ‘Full-Kit Wally’ (censored) or ‘Catalogue Boy’, Pony passes up an extra run to hold the pose for the imaginary cameras, before calling for a drink and his spare batting gloves after six overs.

At first glance, his technique is flawless; his capacity for scoring meaningful runs, however – not so much. He can be infuriating at times, but boy does he look good on his way to getting not a lot.

Post-match, he clutches a bar of soap, shampoo, conditioner, hair gel and moisturiser on his way to the shower, while everyone else is fighting over the final dregs of the team shower gel. When clean and dry, on goes the collared shirt, cricket cufflinks, going-out-jacket, shiny shoes and a large-buckle belt, before a dollop of Brylcreem and a splash of eau de toilette. “Night on the town tonight, mate?”, his captain enquires. “Nah, skip, I’ll have a swift one then shoot off home.”

Every club has one: The Pie Chucker