How important is the role of captain at grassroots level and what are the ideal traits for a leader of an amateur cricket team? Club skipper Rich Evans took note in issue 9 of Wisden Cricket Monthly.

“One word sums up a successful cricket captain: versatile,” wrote former England and Yorkshire skipper Ray Illingworth in his book Captaincy, published in 1980. “He needs the patience of a saint, the diplomacy of an ambassador, the compassion of a social worker, and the skin of a rhino.” A club skipper, no stranger to dubious umpires, prima donnas, over-protective parents, selection headaches and club politics, can require even greater levels of adaptability.

It can be a tough gig – one that asks you to balance the unbalanceable, juggling conflicting interests and fragile egos. Your tactics and selections may be called into question, your future in the role thrown into doubt – assuming someone is prepared to step up and replace you, that is.

But beyond the squabbles and cry-offs, it can be highly rewarding. Positive results of course promote a strong team spirit, but a captain also plays a key role in creating that environment.

There’s a popular theory, especially from within our game, that leadership is more significant in cricket than in any other sport. It may be a tad self-regarding, but surely in no other sport does a captain have to consider as many variables, with conditions on the day having so strong an influence on the match.

“In some respects, captaincy is more important at grassroots level than at county level,” says Michael Brown, president of Burnley CC and a former Hampshire and Middlesex batsman. “At amateur level, people play for fun. They want to bat and bowl. Knitting together the desire to win versus giving everyone a game – and then the fallout when it doesn’t go to plan – is the challenge. Tactically, you play on a much wider variety of pitches. Trying to set fields requires a larger depth of knowledge compared to playing on a county pitch where the difference in behaviour from pitch to pitch is very narrow.”

But what is the ideal archetype of a grassroots captain? “The ideal traits differ for a first-team captain to a third- or fourth-team captain,” says Brown. “A first-team captain definitely needs to be worth their place in the side. Otherwise, trying to get buy-in from volunteers or amateurs is difficult. If your place becomes questioned, making selection decisions about other players becomes harder. You need to be a key player, have the desire to bring young players through, and an understanding of when it’s the right time to do that. 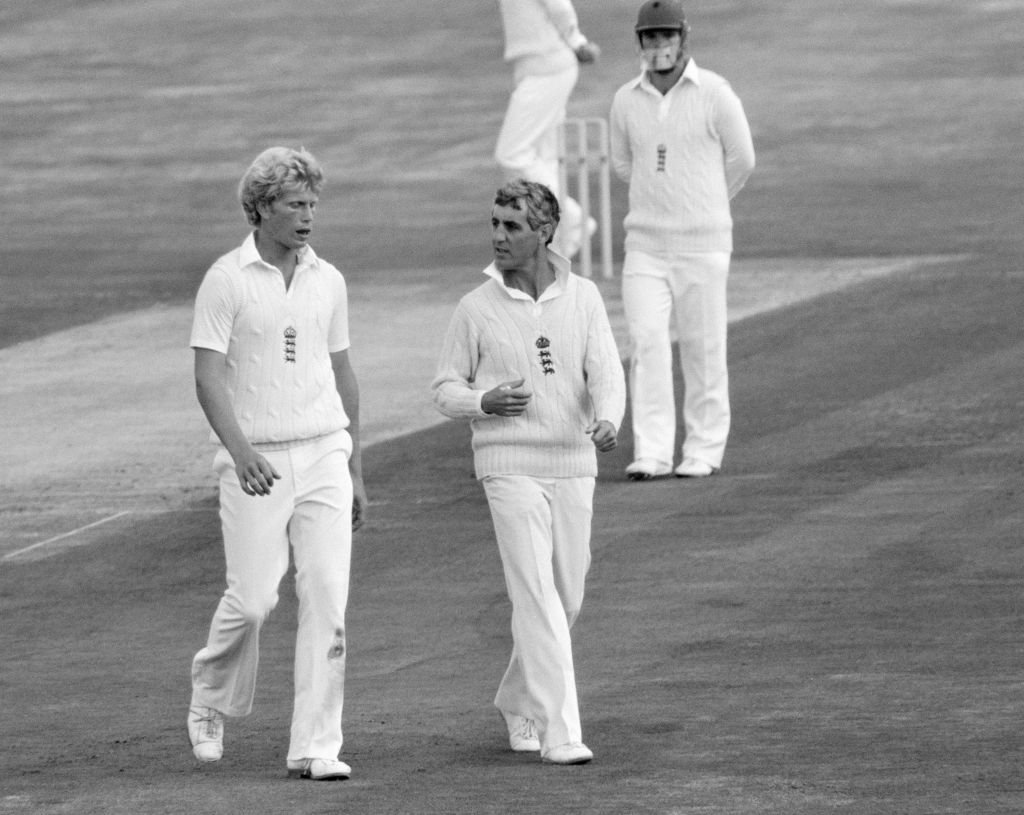 “Down the pyramid, your priorities differ. You’re trying to develop young players. At third- or fourth-team-level, 13-16-year-olds are easily distracted, but you’ve got them at a great age to learn. As a skipper, you need the right aura and manner, and be able to critique. Trying to command respect is one thing, but you also need to educate. That is best served by someone who is – or has been – a good cricketer. Third- or fourth-team cricket is not just about seeing who sinks and who swims. If you get a captain who has the time but has never played at a high level, they doesn’t necessarily have the cricketing experience to teach other players how to cope with certain situations.”

Phil Mist, chairman of Bicester and North Oxford CC, doesn’t place as much significance on cricketing ability. “Very often the best players make lousy captains,” he says. “A good captain has got a good cricket brain, can divorce themselves from their own performances and puts other players first. Once they get on the pitch, they must retain a cool head and refrain from needlessly criticising players. The best captain is not usually the best player, but has some talent, and is prepared to give up their position in the top four if necessary. Those are unique people. The best captain I played under was the worst player in the team, but his man management was brilliant; he consulted people and you felt part of a collective. Most captains don’t do that.”

Kristian Martin, first-team captain of Ealing CC, who won the Middlesex Premier Division in 2017, says: “Communication and honesty are massive. Ensuring that everybody knows what your thinking is, whether they like it or not, is vital. On the pitch, having a good cricket brain and being cool under pressure is important, but the off-the-field stuff can be a lot more important, such as the organisation skills required during selection.”

Martin and Brown concur on what constitutes a poor club captain. “A bad captain is somebody who is not flexible enough to realise that not everybody is as committed as he is,” says Brown. “Everything flows from there. Why do you take the captaincy on? Because you want to commit. It’s frustrating when other players don’t, but you must understand that peoples’ commitments are completely different. That’s the key thing. Assessing everybody’s unique position – where they are in their lives and how you get the best out of them, in terms of commitment or performance.”

Martin describes a substandard skipper as “the guy who gets too caught up in it”, and insists enjoyment must be the prime objective at any level of the grassroots game. “Whilst everybody wants to win, it is club cricket,” he says. “People have other priorities. Not everyone will be available every week or want to be 100 per cent focused on the game. They want a bit of a laugh. There’s a very fine balance between trying to be as professional as possible and being too strict. I’ve played under a couple of intense captains and it takes away the enjoyment. It’s great to win, and that’s what everyone wants to do, but I’m big on enjoyment. If people are enjoying their cricket, they’re more likely to perform and play every week.” 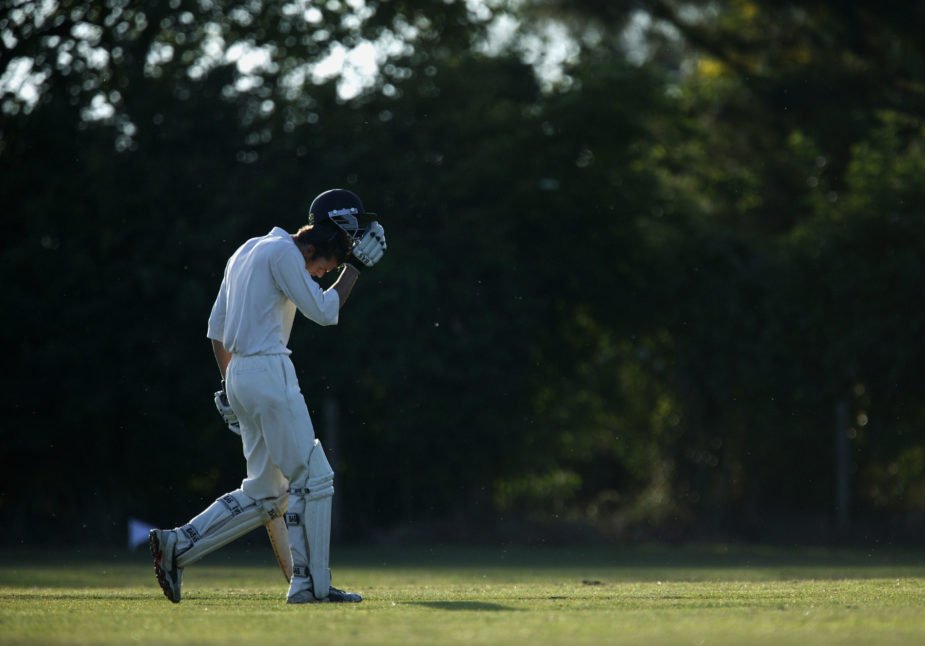 There can sometimes be so much emphasis on winning, do we sometimes forget to enjoy the ride?

It’s vital for a captain to trust their gut instinct, but they must also have the humility to listen to other voices. Playing club cricket allows you to mix with a wide variety of people from all walks of life. Different cultures, generations and personalities come together, and integrating and moulding these individuals into a collective, whilst still being sympathetic to individual requirements, is the mark of a fine leader. It’s also a constant balancing act.

Club cricket faces uncertain times, with more competition from other sports and leisure activities, declining availability and a lack of volunteers. Do captains have an extra responsibility to try to turn this situation around? And how far should their domain stretch? “The captain is a focal point of a club,” says Martin. “But there’s a limit to what you can do. Times are changing. People want to spend time elsewhere. We’ve got guys growing up and having kids.”

But Mist says a captain can play a positive role in encouraging youngsters to progress through the ranks. “There’s nothing better for a junior than to be greeted by someone who says, ‘I’m the captain of the club and we’re looking forward to joining us in a few years’. It makes kids feel 10-feet tall.”

Most captains have precious little time to undertake all the tasks that come with the role. Martin outlines an average week for a first-team skipper: “My week starts with umpiring grades on the Monday. Then I select a side for Saturday, which should be easy, but trying to get 15, 16 players to give you their availability is harder than you think. We’ve got a couple of pros and you never know their availability until later in the week, which has a knock-on effect further down the food chain. Then there’s liaising with the groundsman. You’ve got a cricket committee that convenes every few weeks and training on a Thursday night. It’s full-on for a voluntary role.”

Martin says the worst part of captaincy is “dropping guys that don’t deserve to be dropped”. He adds: “I dread those conversations. I had a situation last year when Harry Podmore [the former Middlesex seamer, now playing for Kent] made himself available on a Friday night. Obviously, I have to pick him, but I had to drop a lad who got a three-for the week before. Trying to justify selection decisions to players is hard.”

Brown offers some guidance: “Say it how it is, don’t bullshit them, and support it with facts and stats. If they still don’t like it, they may not be the right character for the club anyway.”

To truly conquer club captaincy, it’s clear that not only do you need a firm grasp of the game, you need a “degree in people”, to quote Ian Botham of former England skipper Mike Brearley. I’ve been a senior skipper for a decade, and still have heaps to learn. When you list the functions of a captain, ‘orchestrator of fun’ is not one that readily springs to mind. But Martin’s ambitious Ealing CC won the Middlesex Premier Division with a league-record points tally last season, claimed seven successive titles between 2005 and 2011, have county players among their membership, are at the elite end of the grassroots pyramid, and still place enjoyment at the heart of their strategy. If it works for them, then surely it can work for clubs further down the chain?

It’s sometimes easy to lose sight of the fact that as a club cricket captain you’re fronting a leisure pursuit, an activity to be enjoyed. Skippers must strike a balance between striving to win and endeavouring to entertain and unite. Granted, team functions differ as you move through the grassroots pyramid, and no one turns up to lose, but enjoyment remains the chief reason why we play, at any level. Yet that notion is often challenged by a win-at-all-cost mentality in league cricket, daft rules, internal politics or self-serving motives. Many believe the future of club cricket as we know it to be under threat, but we can’t solely blame outside influences. One thing is certain: we have never needed our leaders more.

The Club Debate: How do we solve club cricket’s teenage drop-off?

This article first featured in issue 9 of Wisden Cricket Monthly.