Stick, merge or bust? Where does your club fit into club cricket’s shrinking domain? Rich Evans examines an inconvenient truth.

Four years ago, the ECB commissioned a survey that revealed the number of people playing grassroots cricket had plummeted from 908,000 in 2013 to 844,000 in 2014. Club cricket greyed overnight, publicly shamed as a dead-man walking as potential new recruits swiped left.

Hyperbolic perhaps, but club cricket is shrinking. Small clubs are folding or merging with others, big clubs are scrapping lower XIs or conceding fixtures, and some leagues are being forced to combine to counter declining availability. It begs the question, are the demands of clubs now outweighing the supply chain? No one wants to see their cricket club perish but could mergers actually be a good thing? The idea won’t warm the heart, but maybe club cricket in the UK needs to get smaller before it can get bigger. It’s survival of the fittest – where does your club reside in the food chain?

Small clubs are disappearing, especially in towns and cities,” says Gary Stanley, a trustee of the Sussex Cricket Foundation which is responsible for recreational cricket in the county. “In Sussex, in the west you have a lot of big towns – Brighton, Worthing, Crawley, Horsham – but in the east it’s very village-orientated – apart from Eastbourne there’s no real big towns. If you’ve got a village with one club it’s probably going to survive, whereas in towns you have a couple of big clubs and one or two small clubs, and it’s those small clubs that tend to disappear.” 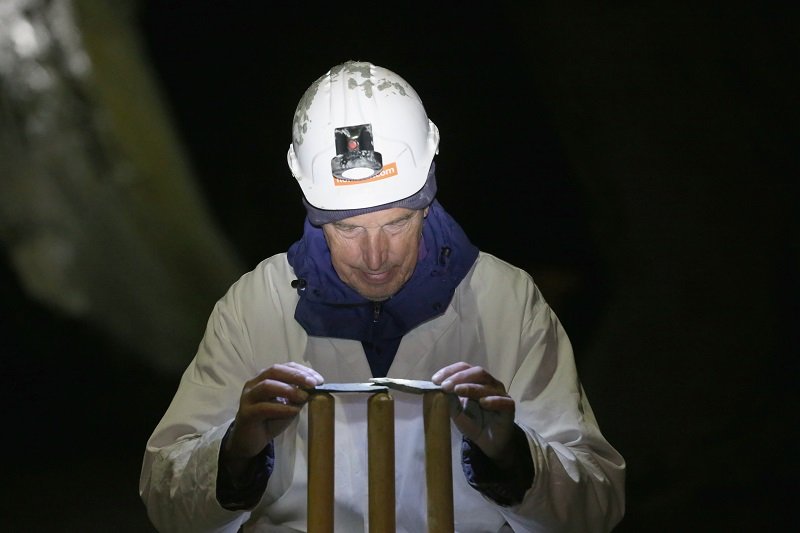 Club cricket is shrinking, but that doesn’t mean it’s entering the dark ages

Redolent of a scene from horror saga The Walking Dead, Stanley accepts clubs must feed off the carcasses in barren land. “My own club, Belgrave Adelaide CC in Brighton, has merged three times in 20 years. We’ve picked up the bones of other clubs. It’s not a pleasant thing to have to do, but these clubs are disappearing, and you need to pick up the odd player to survive.

“In certain parts of the country we have more cricket clubs than we can justify,” argues Simon Prodger, managing director of the National Cricket Conference. “Around London there are an awful lot of cricket clubs and fewer regular players – a dynamic that’s going to cause increasing issues. I would expect to see more mergers or closures, sadly, as time goes on.”

“Rural cricket is under pressure too. You drive around the country and see some beautiful village grounds that often aren’t being used on a Sunday. Cricket could disappear out of the shires, and our heritage in its greatest representation might not exist in two decade’s time – or it will find itself on a much lower scale. That concerns me from an aesthetic point of view. I love to think little hamlets have cricket teams and the blacksmiths can still play with the vicar! There’s an aesthetic beauty that just makes everything alright in the world.”

Cricket has more rival leisure pursuits than ever, and they’re often more appealing to time-poor millennials. “Trends suggest there are fewer people playing but also people are playing less of the time,” says Bob Baxter, chairman of the Middlesex County Cricket League. “Instead of playing 18 league games a season, they’re playing 12 or 13. The worrying trend is that people aren’t willing to put the time into playing every weekend. Nowadays you’re doing well to even get first-team players playing two-thirds of the season. 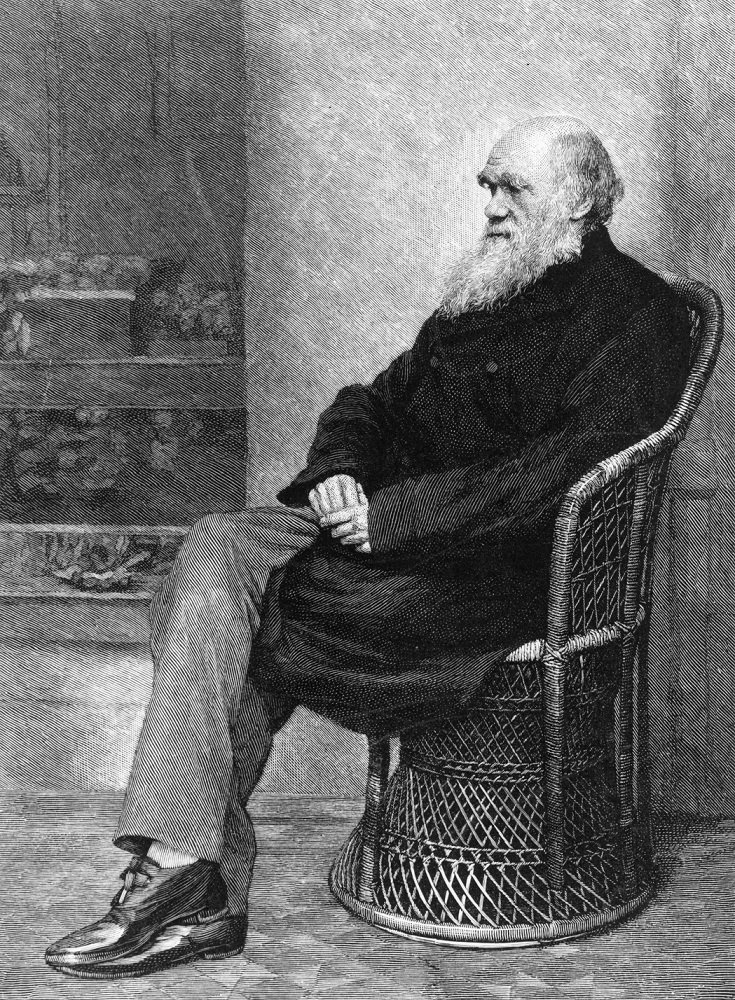 Survival of the fittest: Could Darwin’s evolutionary theory be a positive thing for grassroots cricket?

Despite that, Middlesex is fending off the problem of availability better than most counties. “We’ve had very few clubs drop out of the Middlesex leagues,” adds Baxter. “We had two or three clubs that didn’t fulfil enough fixtures and couldn’t finish their leagues, which I wouldn’t say is disastrous. Some of the fourth teams that didn’t fulfil their fixtures are quite big clubs. That’s more of a worry than the small clubs who can’t.”

Looking to the future, there’s a feeling that large clubs will get bigger and the smaller ones will continue to fade away. But could that be a good thing? “Yes,” says Gary Stanley, who as well as his role with Sussex Cricket Foundation is chairman of a small town-based club.

It boils down to what matters more to you – the people at the club or the name behind it.

“We’ve merged three times in 20 years for very different reasons. The trouble is there are a lot of old cricket clubs that see their name as the most important thing, so they won’t even think about merging and losing or changing their name. I understand the reticence behind losing their history, but it boils down to what matters more to you – the people at the club or the name behind it.

“Some big clubs have been around so long that they’d almost rather disappear than compromise or join another club en-masse. You end up with a club dying long after it’s been buried. My club has been around since just after the Second World War and when we merged in 1997 we changed our name, and a lot of people didn’t like it. We said: ‘Do you want the club to continue, or do you want us to lurch for another year or two until it dies anyway?’” 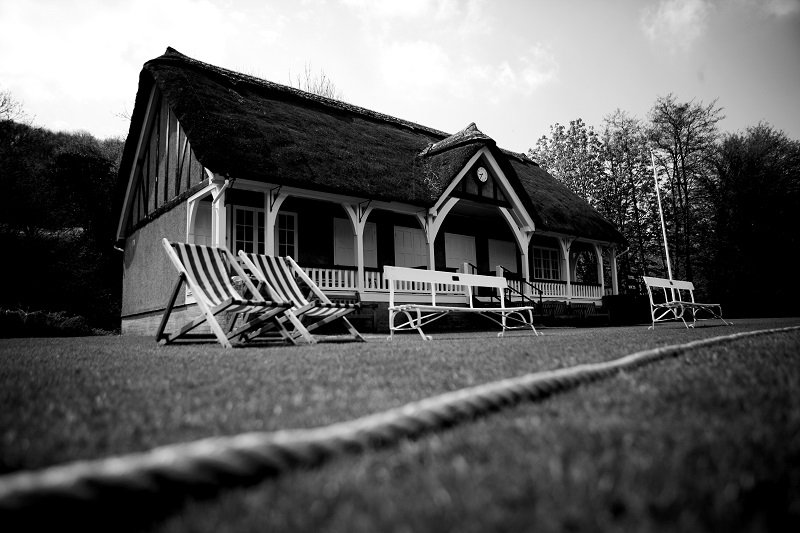 Many clubs are losing their battle for survival

Prodger also believes the shrinking of club cricket needn’t be a bad thing. “There are some very successful clubs that have survived by becoming big and are managing to provide cricket for their membership,” he says. “Blackheath have many sides on a Saturday. But why would I want to play for Blackheath 10th XI when I can play for Pratt’s Bottom seconds? Some very successful clubs are moving forward, developing coaches and providing essential programmes for junior and women’s cricket. I don’t think it’s necessarily a negative if the game were to shrink a bit but I’d hate participation to shrink a lot more.”

Many clubs also commit to more Saturday XIs than their membership can cater for. “That’s why we decided to pull our fifth team out of the league – and when we have a surplus we get a fifth-team friendly,” adds Prodger, who is also chairman of Watford Town CC. “That’s certainly eased the pressure at selection meetings each week. Bottom line is: if your membership is not consistent enough to guarantee you putting X sides out on a Saturday, then trying to do it becomes a hugely exhausting task that wears captains and volunteers out very quickly.

The main issue for club cricket nationwide is volunteers, because they’re the lifeblood.
“I’d like to think, especially in the lower XIs, that leagues will become more amenable to players having dual registrations, so they can play for more than one local club. Watford Town CC and Abbots Langley CC, for example, are a mile apart. If we’re two short of making up a fifth team, and they’ve got three or four players over but not enough to make a full XI, then rather than nine people losing the opportunity to play, let’s club together.”

Stanley, Baxter and Prodger all agree where the hole in the bucket is: the alarming drop-off of 16-17-year-olds. Baxter also points to the general cost of running a cricket club, and while there are local and government grants available, someone needs to take ownership. For Stanley, a club’s survival chances are almost exclusively dictated by its volunteer pool, which blurs the classification of a ‘big’ club.

Related Story: Rahul Dravid: India’s lack of overseas T20 league experience showed, but I would not want to go the way of West Indies
“There’s a direct correlation between how a club does and the amount of volunteers it’s got,” he says. “The main issue for club cricket nationwide is volunteers, because they’re the lifeblood. It’s almost irrelevant how you’re doing on the pitch; many clubs rely on one or two blokes and if they were to disappear, that club would die straight away. Conversely, you could be having a poor season on the pitch but if that volunteer pool is there you have every chance of a comeback. Volunteers equal success. That’s why small clubs are disappearing apart from the small clubs with volunteers – they’re the ones getting bigger because they’re picking up players from clubs who are disappearing.

“You will see small clubs continuing to slowly disappear and the better run clubs will be the ones who continue. But if that will happen anyway then you must consider how you keep cricketers in the game, so they’re not lost to it. It’s not about the number of clubs, it’s the number of players that really counts.”

Club cricket is not entering an apocalyptic state, but it does need its own mob of gutsy sheriffs to steer the game into a new dawn – perhaps, initially, smaller in both number of clubs and overs bowled – and fend off outside competition. Change can be frightening, but if we consider it a prerequisite for the preservation and enhancement of our game, rather than a direct challenge to it, club cricket can prosper. If we can be liberated from misplaced nostalgia and prejudice, it needn’t be a horror show.

Your voice matters: Join the debate and share your views on grassroots cricket by emailing editorial@wisden.com or tweeting @WisdenCricket.

Club politics: Are we all campaigning for the same end goal?