Our readers have been having their say after last month’s club debate piece, surrounding the issue of whether cricket now has less of a family appeal and how necessary a sense of community is to a cricket club. Here are some of the responses…

READ THE DEBATE: Where have all the families gone? – By Rich Evans

“[Families are] absolutely vital as often your junior coaches are players whose kids want to play. I think we had five or six lads at Adwalton CC play seniors last year whose dad or grandad played for club. We have linked up with a local school, ladies’ rounders team, kept beer prices low to attract social members and host soul nights. We feel being part of the community is vital to our survival in an area where there are so many cricket clubs.”
Paul Bennett, Adwalton CC – via Twitter

“We strongly believe that becoming a true ‘community club’ is the future for cricket. Don’t embrace this and your club probably won’t be here in 10 years.”
Cricket Scotland’s Community Development Team, ICC Global Development Award winners 2015 – via Twitter

“The days of the ‘family club’ are long gone – even though some clubs still try to pretend it’s still there. The bigger the club, the less ‘family’ or ‘friendly’ it is. Just a collection of people who turn up, play and go home.”
Adrian Mayes – via Facebook 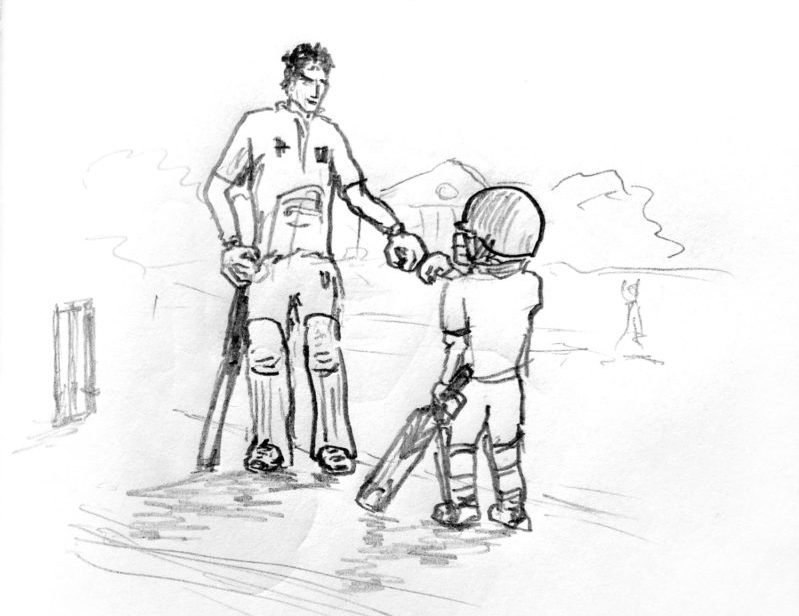 “Some clubs are very much family clubs. Whilst we have ambitious growth plans, its crystal clear that for us, in the heart of Bradford, West Yorkshire, our interest is in getting school children onto the cricket field and working with their parents to develop shared community interests. Cricket has changed, but our club’s focus is the same today as it was 100 years ago.”
Martin Jenkins, Low Moor CC – via Facebook

“If I ran a cricket club I would hire a nursery nurse every Saturday, so that players would be able to bring their kids to the cricket. That way, the problem of partners being annoyed is relieved, and they can crack on with their own stuff on Saturdays unencumbered. Meanwhile, the kids get used to cricket being what they do on a Saturday, see their parents playing and form friendships with the kids of other players in the club.”
Soph – via Twitter

“How vital is a sense of community to the sustainability of a cricket club? It’s probably the single most important factor and something the Falkland CC family try to do consistently. It’s the only way we’ll ensure our club’s future and a strong cricketing presence in north-east Fife.”
Falkland CC – via Twitter