Friendly cricket has been muscled out by league cricket in recent times, but is this to the grassroots game’s detriment? Rich Evans investigates in issue 10 of Wisden Cricket Monthly.

The batsman, wearing a dowdy fisherman’s hat, had two shots – a permeable forward defence and a late cut. The presence of two effigies in the cordon didn’t hold him back from playing it. The batsmen would fist bump between overs, presumably to muse over the heat or what’s for tea. There were clusters of families and youths basking in the rays on a gorgeous Sunday afternoon in July. They weren’t all familiar with the thespians; this open stretch of green lushness on the outskirts of town was humming with dog-strollers, tanners and outflows from the local watering holes. The bowling and field placement symphonised with the social, relaxed setting.

A batsman soon entered the crease with the look of a ‘proper’ player, warmly greeted with a unified clap without a tinge of sarcasm. He got off to a nonchalant flier before a slightly aerial cut was plucked one handed, low to the ground at point, by a man of about 50, fielding at point because it’s near to third man for the next set. The joyous disbelief implied the batsman was truly unlucky. This was Sunday friendly cricket in all its uncooked, untampered glory. 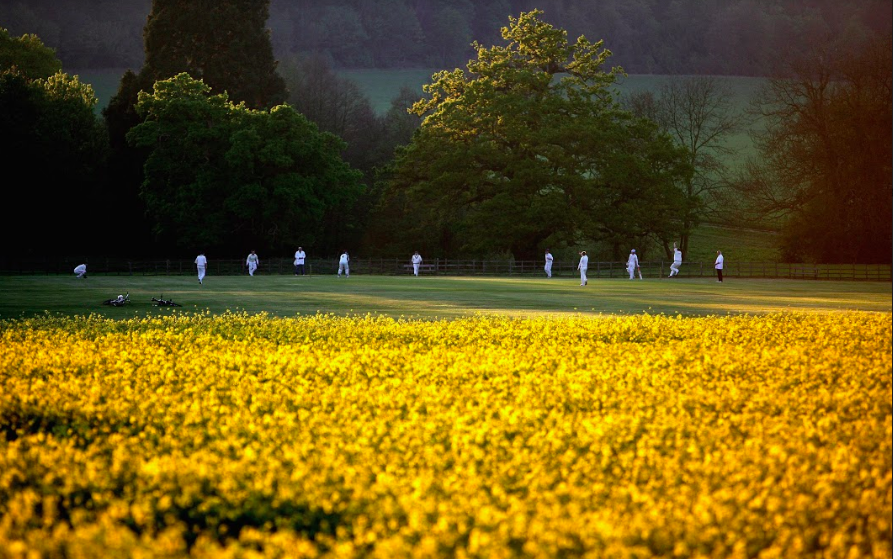 The rise in league cricket and the gradual marginalisation of its more innocent and less organised sister has paralleled falling participation. More likely a bi-product than a cause, but are we missing a trick? Does fierce competition and structure really cater to our desires? And does the slow death of casual cricket signify the removal of many of the game’s truest and purest joys?

Anglo-Irish satirist Jonathan Swift once pronounced on the nature of sport that “Most sorts of diversion in men, women, children and other animals are imitations of fighting”. Cricket is a cultured war surrogate: a team game shaped by one-on-one gladiatorial jousting. Leadership is critical, while weaponry, armoury and techniques advance to self-protect and counter one’s opponent. You could argue league cricket is a tidy fit for the game’s primal nature, despite self-aggrandising its gentlemanly ways.

“Somewhere within most sportspeople is a competitive ticker that says, ‘I want to define myself’, so organised, competitive sport is a way of identifying your status and competencies within your group, as a team and as a club,” says Simon Prodger, managing director of the National Cricket Conference. 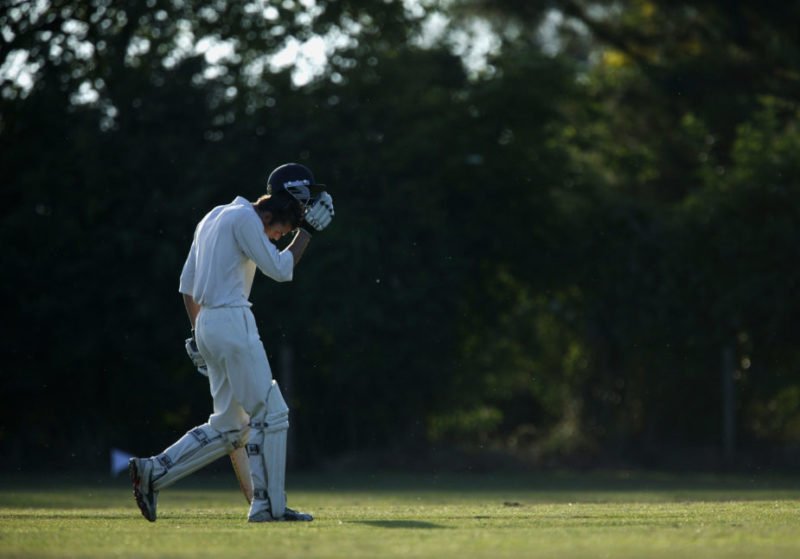 Has some of the enjoyment been taken out of grassroots cricket?

“I just about remember a time when there wasn’t league cricket. Clubs played the same sides every year – there was nothing to grow your club against. League cricket has really enabled clubs to develop in their communities, focus on who they are and what they can achieve. It provides a structure that is utterly consistent, which is why people like it. I can no longer imagine club cricket without league structure.”

But not everyone supports the growth of league cricket. Nick Patefield, Brighouse CC’s second-team captain blasted the “monster” of league cricket when I spoke with him last year. “These organisations are creating these big monster leagues with pyramid structures. You might have 10 different teams in your area but now you’re travelling 25 miles to play a team you’ve never played before. You’re losing that local rivalry and banter.”

He adds: “League cricket has created its own monster. It has taken the values out of the game for financial gain. I just want to get on that field with my whites on and play with my son, against a friend who plays for a local village team and just have a laugh, but that’s all gone. It’s now about money. It’s all stranger cricket now.”

"The advent of league cricket was a retrograde step”

Phil Mist, chairman of Bicester & North Oxford CC, shares a similar view. “The advent of league cricket was a retrograde step,” he says. “The quality of players is not as good today. Their behaviour on and off the pitch is poor and first XIs are now comprised of those 25 years and younger because they’re the only people who can dedicate their whole Saturday. These super leagues pushed by the ECB require more travelling than ever.”

So how has it all changed? Paul Blackwell, a committee member of the Hertfordshire Cricket League, recounts the demise of friendly cricket: “Back then we played a load of friendlies. There were fewer teams. You would play Saturday and Sunday, mostly made up of the same people. People want to play competitive cricket now and only play one day. Now, if we [Rickmansworth CC] organise a friendly, people can’t be bothered. If it’s always league cricket, where do youngsters learn their trade? My 14-year-old is a good player and obsessed with cricket, but he doesn’t like playing Saturdays in league cricket. The cricket club is all about winning and everybody is miserable if they lose. There’s an obsession with league cricket. I understand it’s important to have competition, but that’s driven the families away.”

Established league clubs charged with grants and junior cricket factories are bumping off the friendly village sides. League cricket is now their priority, so friendlies have largely become a second-class citizen banished to the bookends of the season. Regular Sunday cricket, in some areas, is all but dead, though British-Asian communities are still carrying the torch.

"I’m not sure we’re going to recoup that richness of friendly cricket across our Sunday fixture cards. It has gone by the wayside"

“It’s difficult to see why Sunday friendly cricket has been in a state of demise other than a lack of interest and availability,” Prodger says. “People voted with their feet. It wasn’t the clubs who decided to do away with Sunday fixtures, it’s people saying, ‘I don’t want to play two days a week’. That’s undeniably true. I’m not sure we’re going to recoup that richness of friendly cricket across our Sunday fixture cards, with the pressure on clubs to play cup competitions. Sunday cricket has fallen by the wayside.”

Running a league team can produce a heap of admin, especially those with Clubmark accreditation, while some leagues or divisions demand that clubs provide an umpire and scorer. Friendlies also have their drawbacks, of course – finding a fixture can be troublesome while last-minute cancellations or mismatches are common. Both modes are well-accustomed to questionable umpiring decisions. 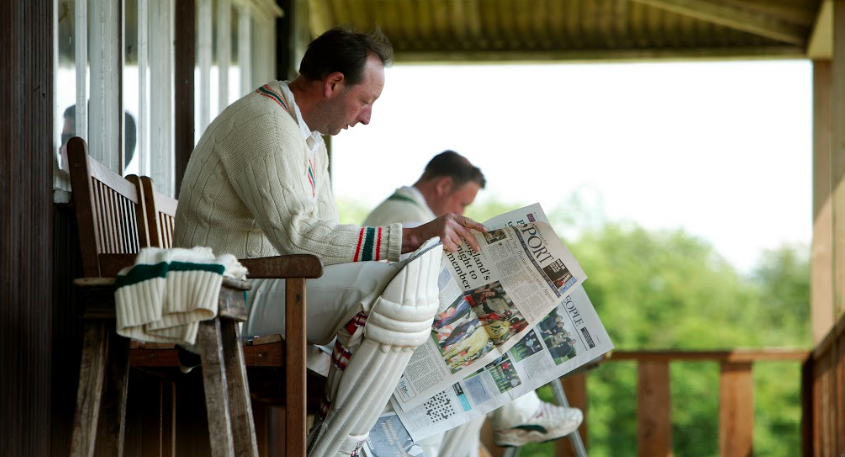 Has league cricket created an environment where it’s difficult to sit back and enjoy the game’s truest pleasures?

Nevertheless, is senior club cricket neglecting its fringe audience by not providing enough friendly cricket? Mist, Blackwell and Prodger all agree that the loss of friendlies and the rise of league cricket have driven families away, and that the casual form offers a better setting for youngsters entering senior cricket.

Russell Doel, a batsman of 32 years with Cambridge St Giles CC, who also works for the ECB as national training and county services manager, told Cambridge News in July: “Clubs need to offer a family-friendly atmosphere, facility-wise and culture-wise”. The ECB naturally want clubs to reside under their league umbrella, but does league cricket itself help foster the right ‘culture’?

“I’d love to see our 15-year-olds play senior friendlies rather than league matches, because I think it would be a more enjoyable environment, but it’s not there,” adds Prodger, chairman of Watford Town CC. “They’re guaranteed to get a game, it isn’t cut and thrust, and they’re encouraged to blossom.”

League cricket’s rise has also fed a behavioural crisis – the driving force behind the recent introduction of Law 42, which empowers umpires to dismiss players from the field of play and/or levy runs penalties. “I hope that behaviourally we can adjust back to a time when there was a little more honour or integrity in club cricket,” Prodger says. Mists adds: “I don’t necessarily agree league cricket is the right thing. Winning is about doing it nicely. League cricket is a different world and it’s not terribly nice. When I played friendly cricket we played hard but there was none of the nastiness you get these days in league cricket.”

Club cricket’s overarching predicaments are all interlinked. Our desertion of friendlies is interlaced with the game’s behavioural problems, formatting issues, the decline of the family atmosphere and the teenage drop-off rate.

Matt Dwyer, the former director of growth and participation at the ECB, is big on variety. “What we are trying to do is offer choice,” he told WCM in April when asked about ‘The Hundred’. “We want people to be able to play the format that’s most appropriate for their lifestyle… ultimately, participation is everything.” But instead of fiddling with format and duration – how about altering the approach?

Perhaps those who are slaves to structure and competition in their working lives don’t always seek it out on a Saturday. Maybe too much emphasis on bonus points and league tables prevents us from truly enjoying the journey. This is not a disparagement of league cricket – I love it, despite its ills – rather a rallying cry for its ailing sibling. If choice is so critical, the game needs both league matches and friendlies to remain viable options, even if the revival of the latter could reduce the ECB’s dominion in the grassroots game. Friendly village cricket has largely perished in both body and spirit. It’s time for a resurgence.

The Club Debate: What makes a good club cricket captain?