The Surrey Slam offers a portal into the future of club cricket. To what does it owe its instant success and how will it impact the traditional club game? Rich Evans investigates

After just two seasons, the Surrey Slam – a good, old-fashioned midweek Twenty20 competition – has swelled from 16 teams to over 100 clubs spread across three different tournaments.

Last summer, in its first season under the auspices of Surrey CCC and the ECB, the Slam grew exponentially: up to 64 teams, circa 150 matches and a healthy fixture forfeit rate of just nine per cent. Teams bought into the pizzazz: coloured kits, pink balls, music, barbecues, funky team names and Americanised logos (Reigate Priory Larmas, Horley Hackers, Outwood Outlaws et al). While many cricket leagues subside, the Slam is gaining muscle. 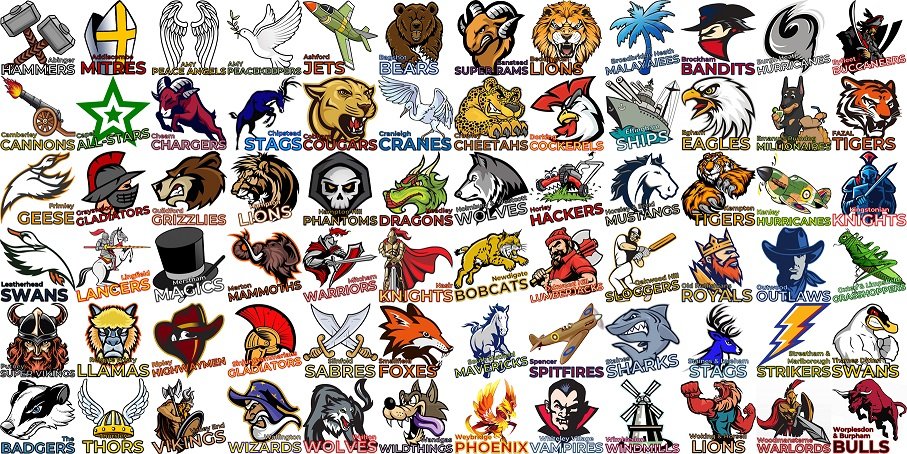 The Surrey Slam produces Americanised, high-impact logos for each team

With flexibility, time-efficiency and accessibility at its heart, underscored by a commitment to offer a level playing field, the competition is expanding in 2019 to include a 13-team women’s competition and an 18-team men’s Sunday cup, to run alongside 72 teams signed up for the signature midweek league. Other counties have cast an admiring glance, so what can we learn from the Surrey Slam?

The Surrey Slam emerged from the long-running Village Cricket League Knockout Cup. Shorn of volunteers, Matt Camp of Oakwood Hill CC – one of only five member teams – took the reins in 2011. It was rebranded as the Southwest Surrey Midweek Cup in 2014 to help expand its membership outside the existing league but within the same geographical confines. Its initial revival – growing to 16 teams by 2017 – made the county cricket board take note and the rebranded Surrey Slam was launched a year ago.

According to the Surrey Cricket Foundation, with data only gleaned from Clubmark clubs who had provided consecutive years of data, in 2018 the county had 20,000 participants across junior and senior cricket – an annual increase of around 1,300. The junior game had acquired more than 1,100 new players – over half of whom were female, with the women and girl’s sector having grown by over 30 per cent from 2017. For males, both junior and senior, there was a five per cent increase. The Surrey Slam contributed 1,249 participants, 161 of whom were new to clubs, while 90 were returning to clubs. Notably, 21 per cent were previously lapsed cricketers. 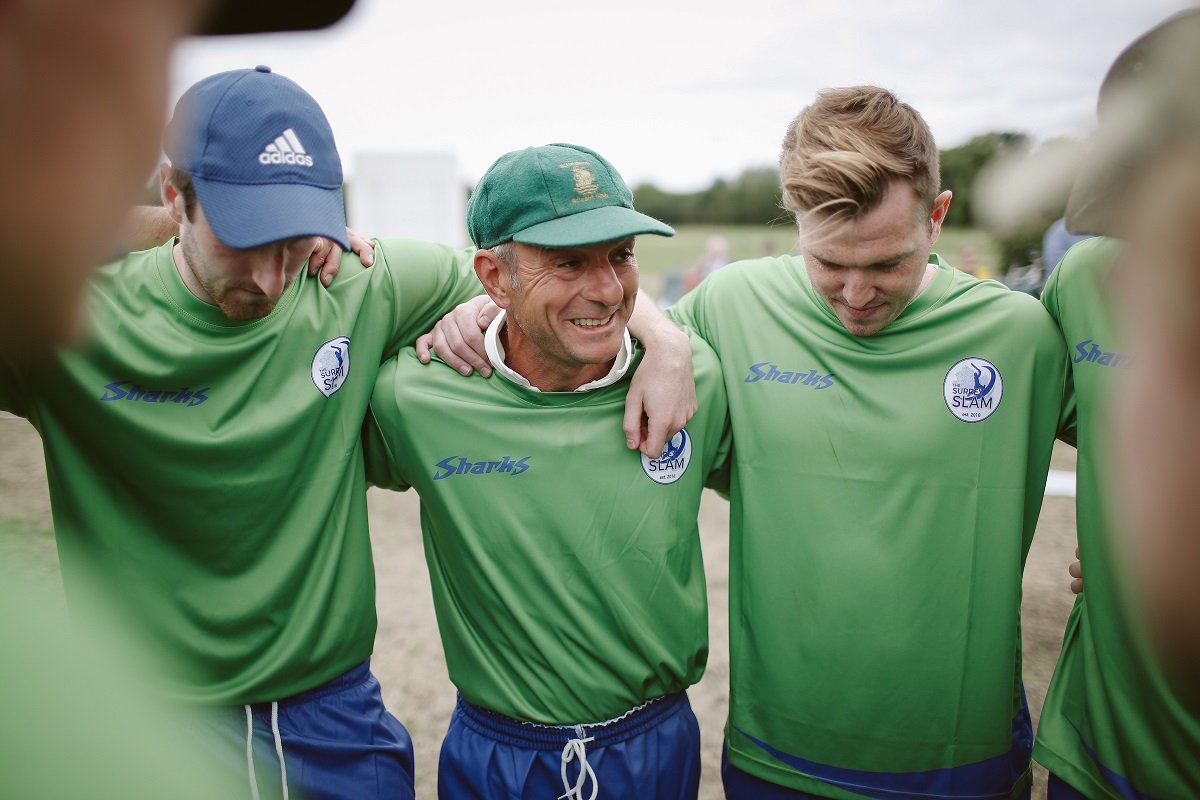 Flexibility and accessibility is paramount: you don’t need your own ground – nomadic clubs and business teams are welcome – and it’s just £10 to enter a team. With games every fortnight, you’re given a two-week window to agree a primary match day and reserve day with your opponent, though every tie must start at 6pm on a weekday. There are strict rules concerning player eligibility, however – “One of the key reasons for its success,” according to competition manager Matt Camp.

A level playing field is also considered essential. If you play in the top two divisions of the Surrey Championship on a Saturday, you’re barred from the Slam – no exemptions, sorry. And if you’re remunerated – cash, lodgings, airfare – it’s not for you. Those who compete in the bottom two divisions of the first XI league can don their coloured kit, but can only bat at No.6 or lower and bowl after the 13th over. Bowling and batting restrictions (you retire at 50) also apply. 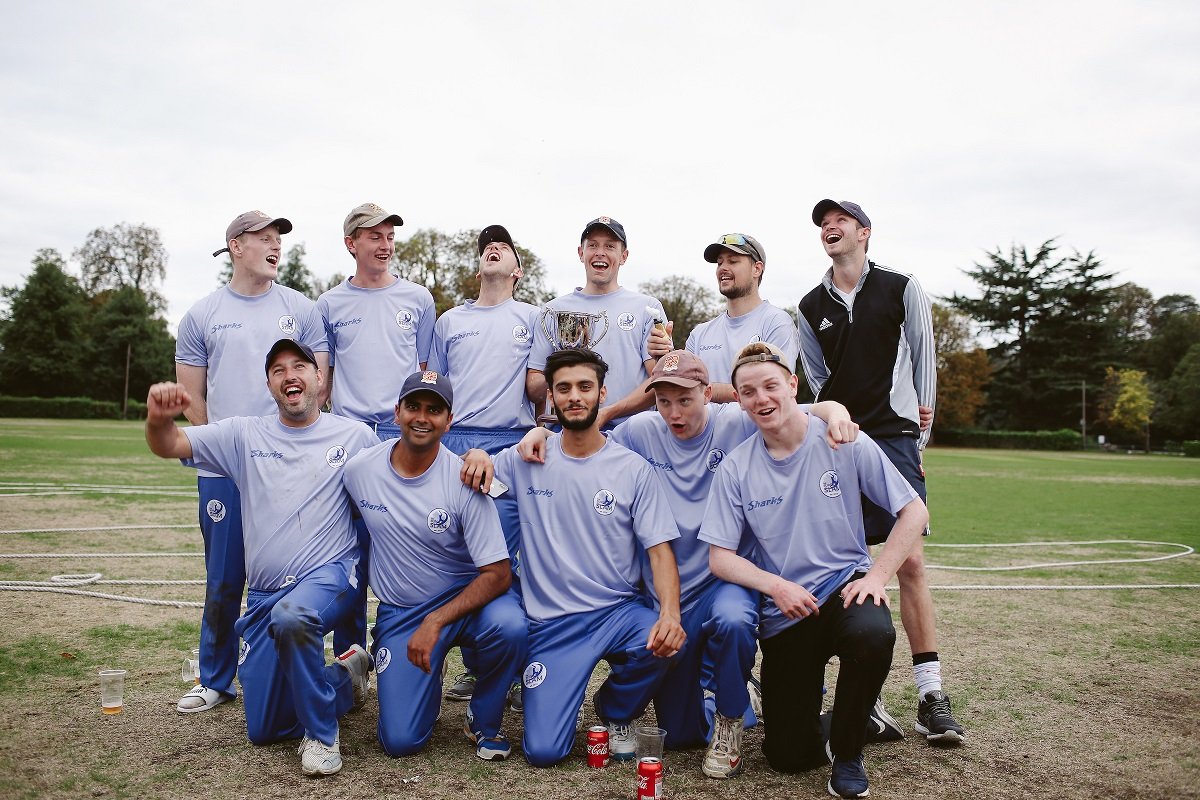 Matches are completed within two-and-a-half hours and teams are encouraged to bowl 10 overs consecutively from one end before switching to the other, while bowlers’ run-ups are restricted. Regionalised to reduce travel time, last year’s 64 teams fitted snugly into four regions of 16, with each region having four groups. The group stage guarantees each team four games and the regions are then split into two competitions for the knock-out phase – a Championship and a Plate, giving all teams at least one knockout match – before the winners of the four regional finals battle it out on county finals day.

Related Story: Frogbox: Capturing club cricket’s special moments
This year, the Surrey Slam Sundays will adopt a similar model, while the ladies’ version will sit under the formal Surrey women’s cricket structure, with eight-a-side matches comprising 16 overs each. Thirteen teams will be divvied up into a group of six and seven, regionalised, before a large 12-team finals day determines a countywide ranking.

Camp identifies Outwood CC, a club that resides in a small village in the Surrey weald, as the embodiment of his original vision: “The ability to bring together multiple demographics, attract spectators and produce an exciting product in the middle supplemented by drinks, food, music and a positive, inclusive atmosphere.” The Outwood Outlaws, the club’s Slam team, won the southeast region in 2018 but were beaten at finals day by eventual champs Spencer Spitfires, while the Outwood Blazes will feature in the women’s league in 2019.

If this takes off, it won’t completely wipe out 40, 50-over cricket, but it will trim it to a natural state. I’m just not entirely sure where that is

“The Surrey Slam gave us a huge energy boost,” Outwood’s fixture secretary Phil Ient says. “We’re a small village club with a small catchment, but we embraced it. We put the music on, painted the stumps, had light-up bails, coloured clothing, opened the bar and fired up the barbecue. We advertised the matches around the village and oppositions couldn’t believe the crowds we drew. We took a large contingent to the final and it was a great advert for the club and cricket in general. It was high-calibre cricket with many last-over finishes. Our youngsters loved it – they weren’t overawed or outclassed – and it really strengthened our youth set-up.” 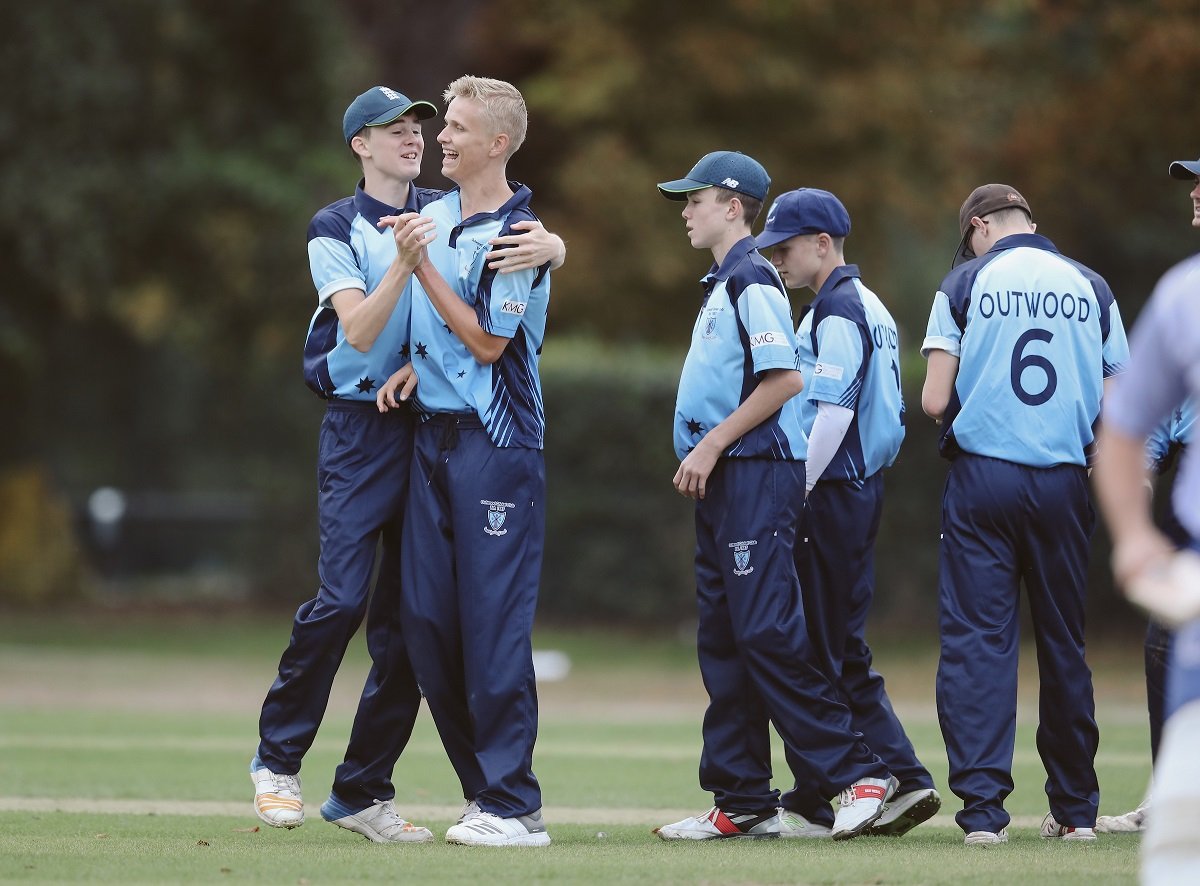 While its Facebook campaign targets a broader scope, placating teenagers and time-poor thirtysomethings is the Slam’s USP. “The idea is to get people playing cricket who can’t commit to eight hours on a weekend,” says Camp. “So with the backing of Surrey and the ECB we did a lot of Facebook marketing to a particular demographic – 18-40-year-old males who live in Surrey and have shown an interest in cricket. It’s designed to grab those people, mid-to-late thirties, who drop out because of family and work. And we’re conscious of that 16-19-year-old drop-off – they don’t want to stand in a field all day and leave the ground at 8.30pm.”

A brash logo is produced for each team to represent their given nickname, which forms their “new identity”, and which helps to separate it from their weekend cricket. Camp concedes: “Some clubs give me nicknames that are a real pain in the backside to find images for. Emanual Rumdog Millionaires… The name’s hilarious but creating an image wasn’t easy. So many teams have Swans as their nickname, but try making a swan look tough!” 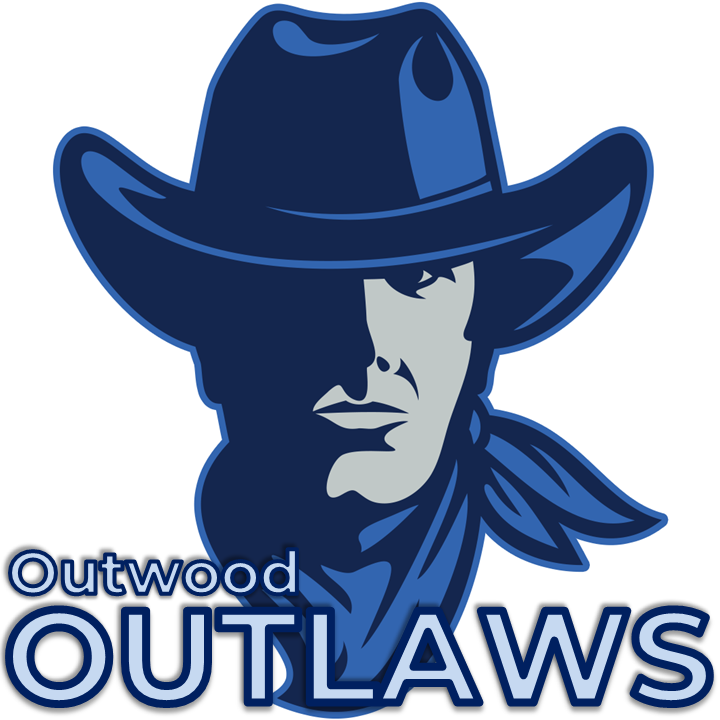 Impact on the traditional game

Having taken heart from the Surrey Slam, Warwickshire Cricket Board announced in November that they’d be launching a 100-ball competition in grassroots cricket in 2019. Their initial mission and target market was distinct: revive Sunday cricket and reengage the thirtysomethings. Whether it’s the Hundred or accelerated T20 is largely immaterial, but time-saving is critical: provide a cricketing spectacle in under two-and-a-half-hours.

There will always be people who have traditional cricket in their blood, but that pool is shrinking. There will be a critical mass but we’re flogging it too much

While the Sunday Smash may be a well-intentioned punt to resuscitate Sunday cricket in Warwickshire, Camp insists the Surrey Slam Sundays was hastily arranged to satisfy demand. The transition from traditional to short-form Sunday cricket is accelerating – the Hertfordshire Cricket League for one has replaced its Sunday 50-over cup with a 20-over one for 2019 – but how will this affect Saturday cricket?

It’ll be interesting to get a view before and after #The100 is played.

So, right now, which would you rather play?

NB. There’ll be no change to The #SurreySlam unless the teams wanted it.

Ient insists that any knock-on effect has been positive for Outwood. “Two seasons ago we struggled to get a Saturday second team out,” he says. “But the energy created by midweek Surrey Slam matches whetted the appetite and both our Saturday sides got promoted in 2019. A tidal wave of good feeling carried us into weekends and we developed a winning mentality. The Surrey Slam didn’t have a negative impact on Saturday cricket – it had a positive one.” 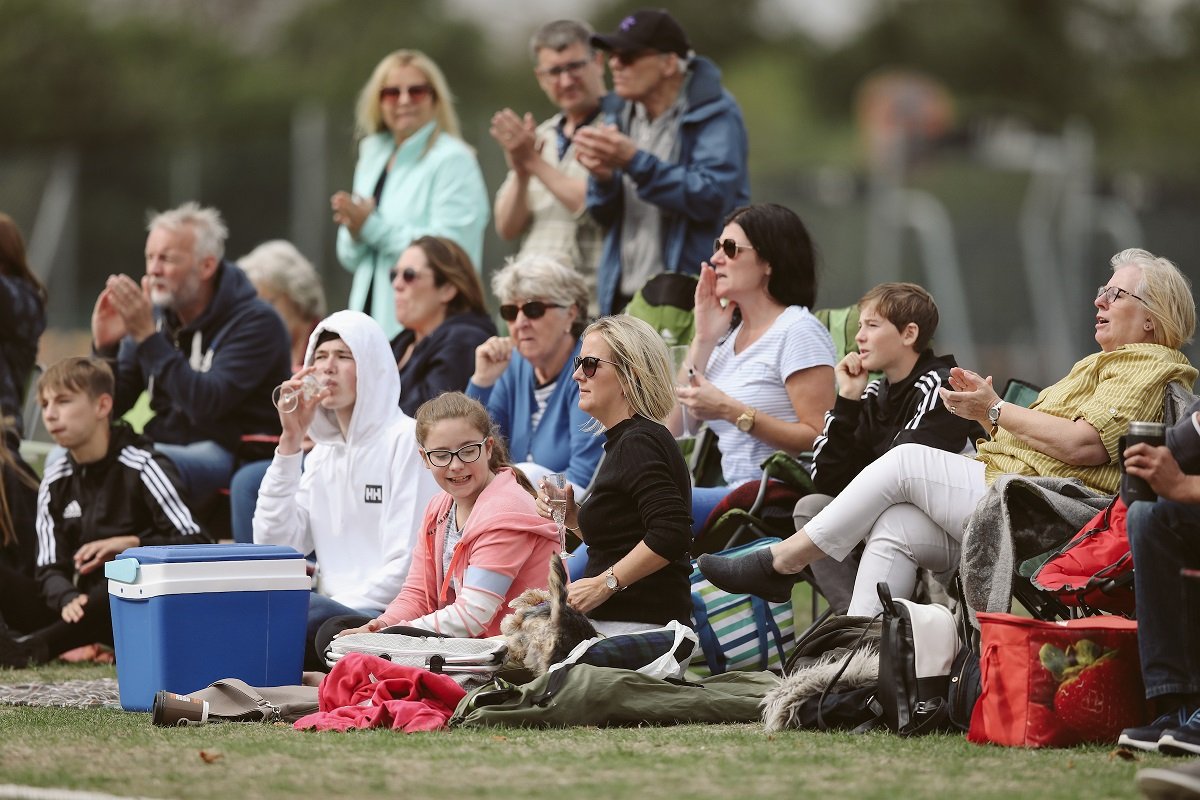 But even the Slam’s competition manager is perturbed by the potential for conflict between contemporary and traditional forms. “The curious thing with the Surrey Slam Sundays is how will it affect participation in Saturday cricket,” Camp admits. “Midweek is almost a standalone; you can play your weekend cricket and add on a midweek game. But the Sunday competition has the potential to impact people’s availability on a Saturday, so I’m very conscious that we could anger some people. But I’m not forcing people to play it; if it’s truly more convenient for modern lifestyles then that’s the reality. We know this, but people have their heads in the sand.

Related Story: Ireland v South Africa 2021 ODI & T20I series: Live TV channel, start time, streaming & schedule for IRE v SA
“A lot of people playing Saturday cricket would rather not be, but they struggle to find a suitable alternative or feel duty-bound. There will always be people who have traditional cricket in their blood, but that pool is shrinking. There will be a critical mass but we’re flogging it too much. If this takes off, it won’t completely wipe out 40, 50-over cricket, but it will trim it to a natural state. I’m just not entirely sure where that is.”

Related Story: T20 Blast 2021: Live streaming & TV details for the Vitality Blast
Many county cricket boards have been taking note of this disruptive start-up. “The last few years have been a whirlwind,” says Camp, who hopes this could be his day job one day. “Discussions are currently ongoing with Sussex around potentially launching a similar competition there in 2020. I’ve also talked with Cornwall and Lancashire, who have been asking about it. We may start to see a Sussex Slam, Cornwall Slam, Kent Slam and the Hertfordshire Slam in the next year or so.” With the number of participants, teams and competitions rising, the whirlwind shows no signs of abating, and if Outwood’s experience is anything to go by, the winds of change on a national scale can’t come soon enough.