Warwickshire have pledged to launch a 100-ball competition in grassroots cricket as early as 2019. Could it revive Sunday cricket, and are we right to feel uneasy? Rich Evans investigates.

Warwickshire have become the first major county cricket board to go public in their bid to deliver a 100-ball format to the recreational masses. Their attempts to position the format in mainstream senior cricket before a five-ball over has been bowled in the professional game is both intriguing and significant.

Can the Hundred help revive Sunday cricket by re-engaging time-poor thirtysomethings and families? It’s a topic I’ve been putting off – if I don’t write about it, maybe it’ll go away. It isn’t. It can’t. For we’re told it’s our saviour. The 100-ball format is coming, whether we like it or not. But how will it affect the grassroots scene?

Andy Wyles, Warwickshire Cricket Board’s growth and participation manager, outlines the rationale of their trailblazing competition, the Sunday Smash: “As a board we’ve been conscious for some time that Sunday cricket has been struggling in its traditional form. The grounds are falling fallow – and that’s criminal. Secondly, the amount of 30-35-year-old former cricketers who turn up at four or five o’clock, generally with a kid in tow, who want to still be involved but can’t play 8-10 hours on a Saturday. They’re in their pomp, but the only cricket fix they can get is watching for a couple of hours. The two issues are wedded together, and time became a key element.”

After identifying the crack in the drainpipe, Wyles established a subcommittee, comprising predominantly men in their thirties who had fallen away from the game. T20 remained the committee’s vehicle-of-choice at the initial vote in early-autumn, but they have since opted to pioneer the 100-ball format, specifically to help resuscitate Sunday cricket. Plans snowballed in November, with the board eager to signal their intent pre-Christmas.

"It’s not meant to threaten traditional Sunday village cricket – it’s a supplementary offer aimed primarily at somebody who can’t currently access the game"
“We thought, ‘Let’s jump in with both feet in 2019’,” says Wyles. “Let’s make the game just over two hours, in June and July, for six-to-seven weeks. Let’s play local derbies and make it an event – music, barbecues a bouncy castle. Firstly, you get 22 lads playing cricket, many of whom can’t access longer forms. Secondly, you get revenue streams coming back into clubs, which they need dramatically.”

While the focus is on mainstream Sunday cricket, Warwickshire Cricket Board have taken heart from the Surrey Slam, which has seen its T20 format branch out to midweek evening leagues, women’s leagues and under 19s leagues. “The early signs are we’re going to have a strong competition, with many clubs committing already,” says Wyles. “I think it will grow and grow.”

Wyles’ handpicked a crop of thirty-somethings to create a new competition tailored to their own needs. The intentions are understandable but it’s seemingly designed to appeal to a very specific group. “We chose them specifically as guys who we expected to be playing in their thirties, but due to work and family commitments couldn’t play a game on a Saturday,” he says.

"I’ve got a big issue with the structure of the competition. Will saving an extra 20-30 minutes per innings make a difference?"
Confident of success but aware of the challenge ahead, Wyles expects a bedding-in period. “Working out the format will be interesting; deciding whether a batsman should retire; finding out if we need to tier the competition between premier league clubs and village clubs; the interface with existing Sunday cricket needs to be carefully managed. But the most important thing is getting the grounds used: using the facilities, parents becoming volunteers, and allowing the club to become a vibrant place once again. I can see pitfalls and I can see positives, but we’re committed to this journey.

Wyles is keen to stress that the new format doesn’t mean he believes Sunday 40-over cricket is a lame duck. “If people want to play 40-over cricket on a Sunday – wonderful. This is just another opportunity for people to get access and for clubs to drive revenue. It’s not meant to threaten traditional Sunday village cricket – it’s a supplementary offer aimed primarily at somebody who can’t currently access the game.”

Former ECB director of cricket Andrew Strauss declared the format-in-waiting was aimed at “people that aren’t traditional cricket fans”, and “mums and kids in the summer holidays”, while chairman Colin Graves claimed, “The younger generation, whether you like it or not, are just not attracted to cricket.” Meanwhile, writing for wisden.com, Alex Bowden said that while it’s clear a new audience is a priority, “it’s worth asking whether this level of targeting – which is seemingly turning off a significant proportion of the sport’s established supporter base – is actually the best way of achieving that”.

Is a micro-targeted format constructed primarily for youngsters – or, in the case of the Sunday Smash, 30-35-year-olds – the most logical way to deal with declining numbers? 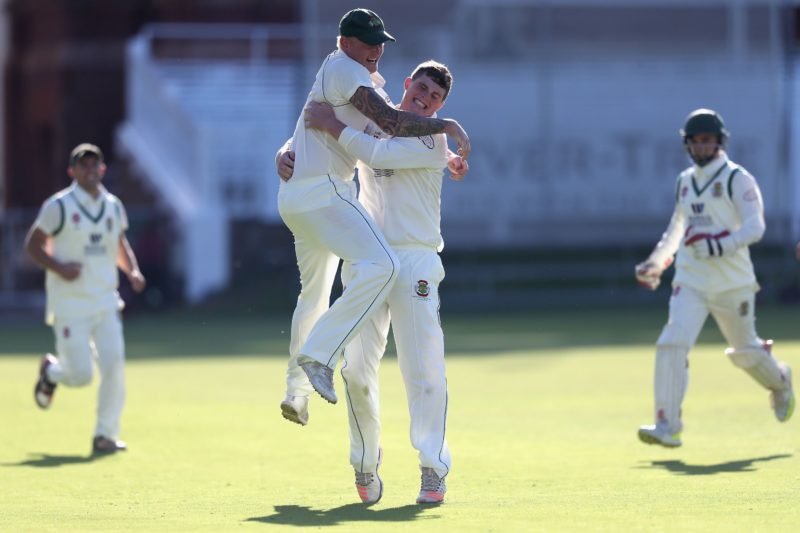 Do we owe it to the game to embrace the Hundred?

Burnley CC president Michael Brown previously described 30-35-year-olds leaving the game as a “ticking time bomb”. So, does he agree with Wyles that a new format is the answer? “Firstly, I’ve got a big issue with the structure of the competition,” he says. “Will saving an extra 20-30 minutes per innings make a difference? It would have been far more sensible to make it 10 overs a side – that could be done in an hour-and-a-half. Shaving off four overs a side won’t make a difference.

“Weekends are a family domain and you’ve got more scope to play one night in the week and have a few beers. Do I think it will improve participation? On a midweek night – possibly. On a weekend? No, because the difference in overs bowled won’t be significant enough to change people’s minds.”

Will it succeed where T20 has largely failed?

A year ago, in an interview with Wisden, Michael Vaughan claimed that club cricket was treating T20 like “the baddie”. He painted a scene reminiscent of Wyles vision: “All the clubs in the country could be playing T20 cricket on a Sunday afternoon at two o’clock with that festival feel: barbecues, bouncy castles, live bands.”

When he made a similar case on Twitter, the four most-liked comments either slammed the “dumbed down”, “mickey-mouse” format or doubted its chances of flourishing. In many counties, T20 hasn’t been wholeheartedly embraced in recreational cricket, so why should we expect the Hundred to prosper? “T20 isn’t a particularly popular competition in Middlesex,” says Bob Baxter, chairman of the Middlesex County Cricket League. “People enjoy watching it but in terms of playing it on a Sunday, we’ve had more people drop out of our T20 competition than anything else. The Hundred is overkill to me.”

Related Story: Women’s IPL 2023, all you need to know: Teams, schedule, auction and more | WIPL 2023
Wyles describes the take-up of T20 in Warwickshire in recent years as  “spasmodic… it hasn’t been embraced as a concept at a weekend yet”. In justifying the launch of the Sunday Smash, Wyles pointed to shaving another 30-45 minutes off the game and being proactive ahead of the professional competition’s official launch in 2020. He believes “the focus of T20 will shift towards the Hundred” and that plans to broadcast the professional game on terrestrial television will create a buzz that will be felt further down the pyramid.

Wyles adds that “whether it was T20 or the Hundred wasn’t that big an issue, the issue is time”, which may explain why Warwickshire have been happy to launch the new format before the ECB has drawn up the rulebook or even formally named the ‘New Competition’. The ECB provided a sprinkling of basic playing conditions at the end of November: each innings is to comprise 100 balls, play will change ends every 10 deliveries, and a bowler is able to bowl either five or 10 consecutive deliveries with a maximum of 20 per game.

The game needs us to be openminded. Creating a more accessible format for both newbies and potential departures needn’t instigate the demise of the traditional form. Do I personally want to play the Hundred more than the 50-over format? Absolutely not. Am I concerned by what the future holds? A little. But we can’t knock those attempting to future-proof our game.

Related Story: Women IPL 2023 auction updates: Latest news, players picked, teams list and more | WIPL 2023
There’s no reason why the 100-ball format can’t live alongside its more traditional relatives. It’s intended to preserve and expand what we have, not destroy it. There are no guarantees that a wave of grassroots cricketers will truly embrace the ECB’s new vision over the next five years, especially given T20’s largely lukewarm reception at club level. But there’s a chance our world will blossom if they do.

For more club cricket news and views, see our Your Game section

What can we learn from the ‘world’s largest adult cricket league’?

“There are pros and cons: the benefits are that you get a more equal league system, so teams are more likely to play others of a similar ability. From my football experience, this helps with player retention and enjoyment, as you aren’t going to get beat every week. However, the drawback is the travelling – if it is a regionalised pyramid system, like in football below the National League, it negates this to some extent, but it’s a big problem when you have a young team and there aren’t enough drivers and available car seats.” Alex Simpson – via Twitter 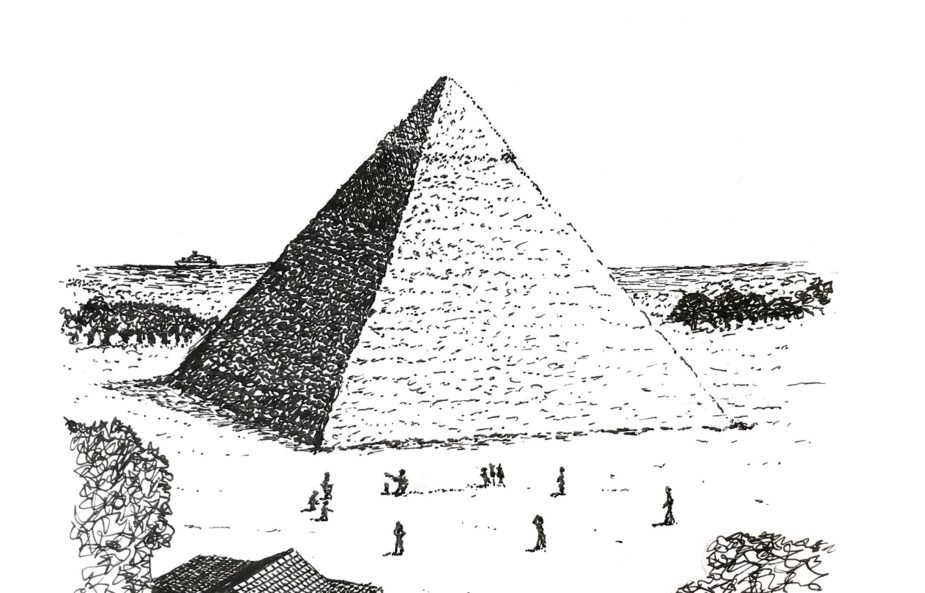 “A lot of self-interest and politics within clubs and leagues has scuppered the Two Valleys league idea. A lot of time and energy to merge eight leagues in Bedfordshire, Buckinghamshire, Oxon, Berkshire and Hampshire has been abandoned. Match format and ground facilities were the biggest issues.” Ian Jones – via Twitter