As another season draws to a close, we’ve picked out a selection of standout performers from club cricket – as nominated by our readers.

CLUBMAN OF THE YEAR: KEITH MILTON

“Without Keith Milton our club would fold for sure!” says Gary Turner, who nominated the all-round driving force of Hook and Southborough CC in Chessington for this award. Despite having his hands full as chairman, groundsman and opening bat in the Saturday firsts and Sunday side, Keith still found time to organise an international triangular competition in July trialling the new 100-ball format. And he can play a bit, too – this season he passed 30,000 runs for the club. “He is the sort of person who used to be found across club cricket but these days he is a rare breed,” says his clubmate Gary. “Hook is a small, friendly club that introduces cricket across our community and Keith is at the heart of everything we do.” 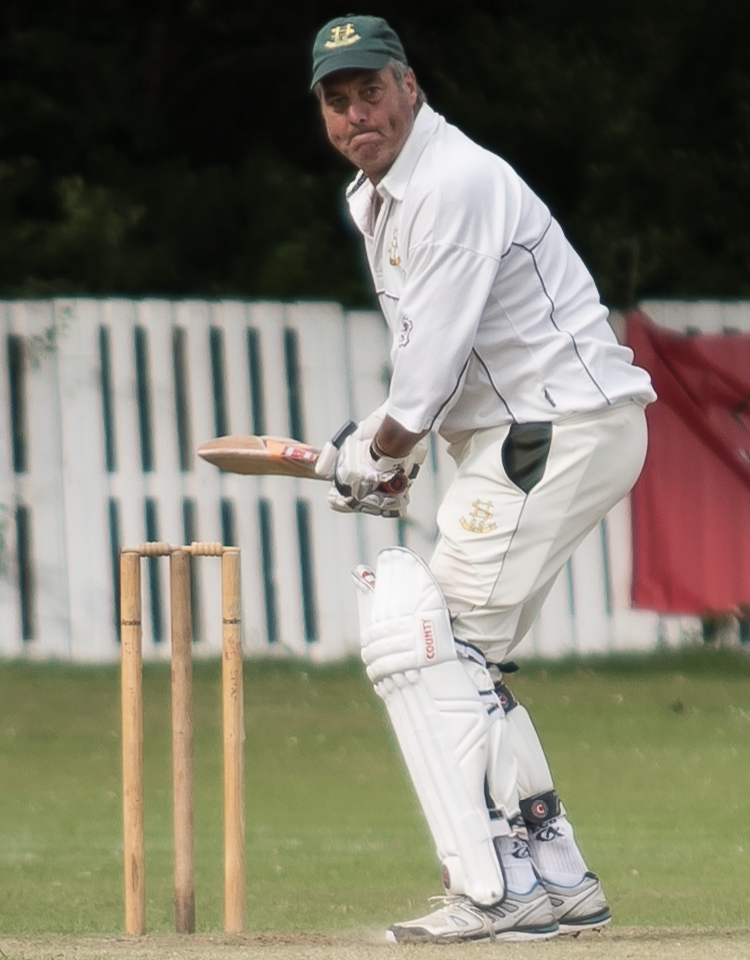 Undeterred by starting the campaign with a duck, Jabir Patel of Mount CC in the Halifax Cricket League enjoyed an extraordinary mid-season purple patch, hitting four scores of 150-plus in consecutive innings: 152*, 180, 192* and 163 – a tally of 687 runs at an average of 343.50. The sequence came to an end when he was dismissed for 91 in his next match. 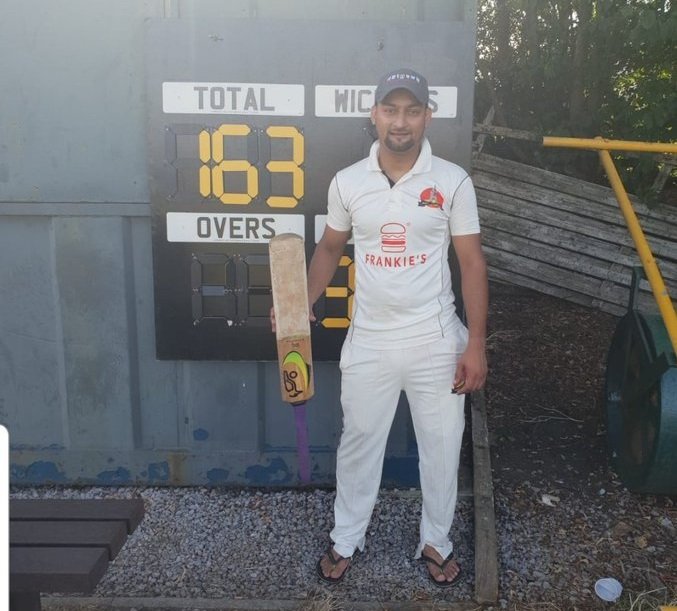 Chippingdale CC’s 20-year-old skipper had a season to remember, captaining his side to promotion, victory at T20 finals day, and producing a series of exceptional performances along the way. The best of the bunch came against Southwater CC in June when Josh hit 142* from 148 balls at the top of the order before blowing away the opposition with figures of 5-37. It was the first time in Chippingdale’s history that a player had scored a century and taken five wickets in the same game. 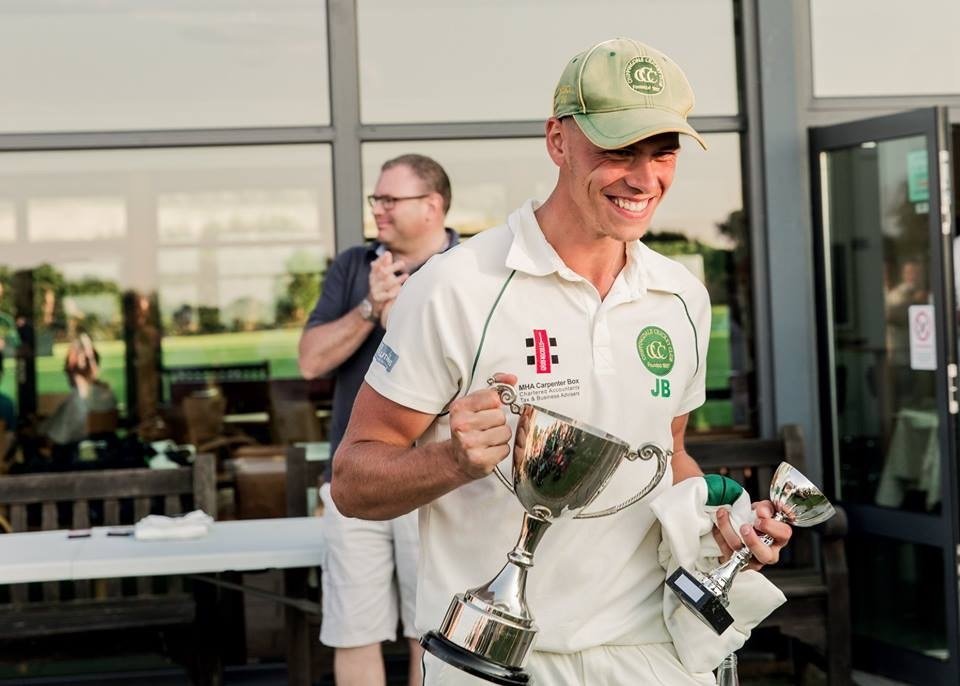 BATSMAN OF THE YEAR: TIM RAGLAN

Allendale CC’s first-team skipper smashed the record for the most runs scored in a season in the West Tyne League – a competition which has been running for 114 seasons. With two games still to play in the campaign, Raglan had scored 1,489 runs at an average of 115 with nine centuries in 18 innings. His run tally was 664 more than his nearest rival.

BOWLER OF THE YEAR: JAKE ANEMA

Jake’s sensational form with the ball helped Dereham CC secure the Norfolk Alliance Division One title and lift the NACO Shield. At the time of writing he had taken 63 wickets in the campaign at an incredible average of 8.84, including a sequence in July of 6-21, 5-13, 4-28 and 3-19 – combined figures of 18-81 – which earned him the league’s Player of the Month award. A word for his partner in crime and fellow all-rounder Dave Lake, too – described by his clubmate Stewart Allan as “the most understated player in the club”. “Jake and Dave are chalk and cheese,” says Stewart, “but when they bat or bowl in tandem they are unplayable.”

With Carmarthen Wanderers requiring seven runs from the final delivery of the Cricket Wales Under 13 Cup semi-final at the SWALEC Stadium in Cardiff, the game looked done and dusted – their opponents Lisvane had restricted cousins Daniel and Lewys Thomas to three runs from the first five balls to apparently seal victory. However, a wide was called from the last ball, leaving Daniel needing a six to steal a smash-and-grab win. Cool-as-you-like, the youngster smashed the ball into the stands, with Wanderers then beating Buckley in the final to bring the trophy to West Wales for the first time in the competition’s history. 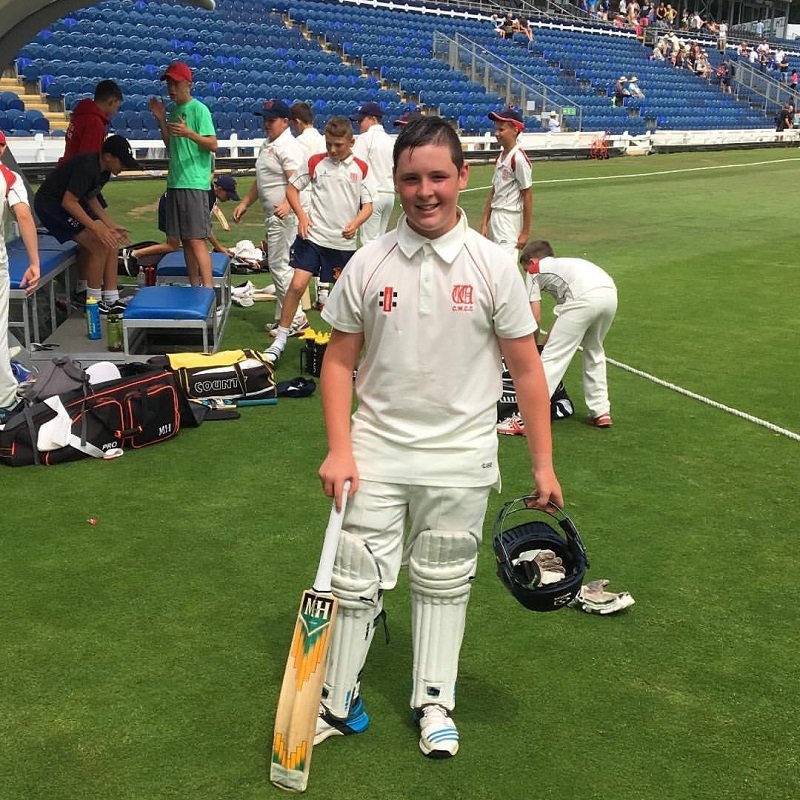 The ECB Under 19 Club T20 has a recommended minimum age of 15, making the achievements of 13-year-old leg-spinner Hammad Amin all the more remarkable. As part of a Clitheroe CC side who were beaten in the final of the Lancashire section, Hammad finished as the joint third-highest wicket-taker in the country, with best figures of 5-18. An honourable mention should also go to his 14-year-old teammate Jonny Wardle, who returned match figures of 5-14 during the tournament with his left-arm orthodox spin. 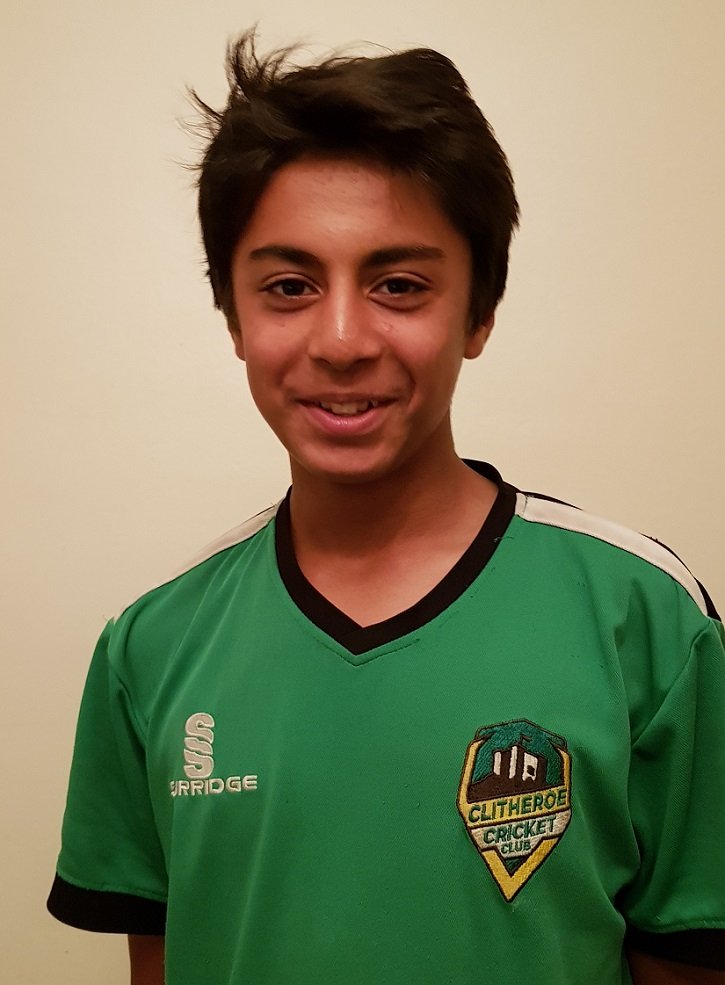 COACH OF THE YEAR: YACOB CAJEE

Yacob Cajee, coach of Hook Ladies CC in Pembrokeshire, has had a colourful life in the game, including being honourary 12th man on the day Warwickshire completed their historic treble in 1994, serving Brian Lara and Dermot Reeve drinks in the shower. A high-class wicketkeeper, he has recently decided to hang up the gloves and move to Cheshire, and he will be sorely missed in south-west Wales.

“He has a coaching record to outshine Ferguson, Wenger, Mourinho and Guardiola combined,” says Jamie Davison who nominated him for this award. “Since 2015, Yacob has coached the team to four successive league and cup doubles, the team remaining unbeaten throughout 2018. He has also worked hard to promote the women’s game in Pembrokeshire and worked with Cricket Wales to help increase participation across the county.”

If you struggled to get the ball off the square this season, spare a thought for Toby Davies, whose 45-ball innings during the National Police Cricket 50-over final in Bath yielded precisely zero runs. Representing Devon & Cornwall against eventual champions South Wales & Gwent, Toby batted for 11 overs without troubling the scorers before being dismissed for a duck. “Based on the research we have conducted, we think this may be a record for a one-day game,” reports amused teammate Owen Lloyd.

Each of our winners received a free subscription to Wisden Cricket Monthly. Subscribe for the latest club cricket news, views and debates.