Is there a growing disconnect between club cricketers and their representatives in the committee room, and how can we attract a fresh batch of administrators? Rich Evans investigates

The game has a volunteer problem. Declining availability on the pitch is echoed in the committee room and club cricketers are increasingly time-poor and fickle. Clubs and leagues are frequently governed by a weary few, without whom the game would decompose. With The Hundred supposedly set to remedy the game’s dwindling participation levels, we are entering a critical period. So is it about time our creaking foundations were reinforced with fresher timber?

At my local cricket league’s recent AGM, a vote was cast to determine the ideal start time for a match of 50 overs or fewer. Would it remain at 1pm or be brought forward to 12.30? (The AGM preamble had initially proposed midday). Prior to the vote, a seasoned club rep took the mic and argued that people want to keep their mornings free, and that many people work at that time. “You will lose as many as you gain if you change the time,” he said.

The league’s findings aligned with my own. “It became clear during the summer that many clubs thought matches were starting and finishing too late,” read the AGM pre-amble. “Players who had social or other arrangements on Saturday evenings were not making themselves available to ‘be on the safe side’.” If it’s cricket versus a night out, there’s usually only one winner – especially for the youngsters. The club rep’s speech was met with muted applause before a vote of 57/34 went in favour of keeping the 1pm start time.

Everyone’s entitled to their opinions, and no individual has all the right answers, but it’s easy to infer that the hardworking devotees who fill league AGMs and committee rooms don’t always represent popular opinion among club cricketers, particularly younger players.

As recent bickering over formats illustrates, the game doesn’t appear to have a scooby what it wants and who it’s trying to placate – or are we just playing dumb?

Eleven years ago, John Lumley, aged 17 at the time, reformed small Yorkshire-based village team Great Habton CC, which has since thrived. Lumley, the club treasurer and skipper, believes having current players steer the ship has been vital, with Great Habton’s committee comprising personnel aged 47 (the chairman), 37, 31, 28, 26 and 19. 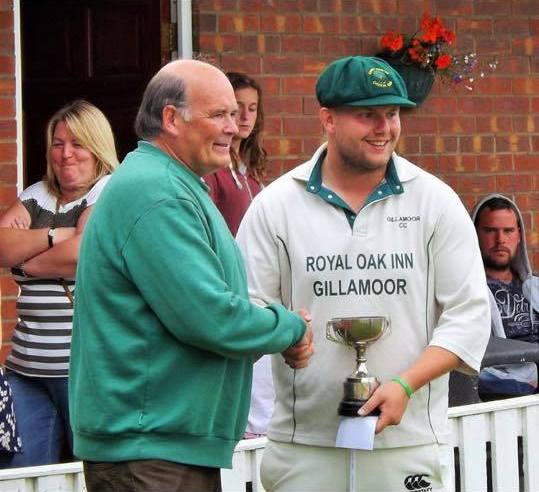 “I feel very switched on as part of the team on the pitch and in the changing room, listening to the banter and the serious points,” he says. “We know what the lads and the community want.” Lumley and club secretary Jack Stockdale, 26, also sit on the local evening league committee – two youngsters among “an older generation with traditional ideas”.

“Most people in that room could be twice our age and don’t want to see any movement forward,” adds Lumley. He cites the committee’s recent rejection of the use of a pink ball, which was successfully trialled – in Lumley’s eyes – last season, while the use of a fielding circle was also criticised. “You can see where cricket gets stuck – that’s simply down to the age of club committees. You wonder why other clubs don’t have younger committees like us.”

But it’s not easy, is it? Many players struggle to commit to one day of cricket every week, let alone additional ‘chores’. Dan Porter, 32, chairman of Stock CC, says: “The way society has become, certainly on the periphery of London, the terminology and understanding of what membership is seems to have fallen by the wayside. From 2019 our membership fee will be referred to as a ‘joining fee’, as the word ‘membership’ scares a lot of people off due to the perceived commitment.

“As soon as a financial exchange takes place most of our team see themselves as customers who expect ‘value’ from their investment. It’s an alien concept for players to offer their spare time for additional tasks, such as coaching and fundraising. Many underthirties believe they should be paid for their time.”

Stock, like many, rely heavily on a few devoted volunteers. “Clubs have to be run as small businesses with the mindset that charity starts at home,” continues Porter. “Volunteers are hard to come by, but they must be the right volunteers. Not taking a certain avenue of improvement because it was explored in 1972 and failed is not right. Our resurgence is likely down to a younger committee identifying players’ needs.”

Succession-planning is an issue for leagues as well as clubs. “A lot of leagues are struggling to get people to go on the committee,” says Gary Stanley, chairman of the Sussex Cricket League. “You have committees with 70-year-old guys that haven’t got their fingers on the pulse of club cricket as much as they should, and that goes down to umpires and scorers too.”

Wisden Cricket Monthly caught up with Simon Prodger, the managing director of the National Cricket Conference (NCC), who was driving back from an NCC board meeting in York, where the issue of engaging youngsters in the running of grassroots cricket had been discussed. It was revealed that the youngest board member of the Cheshire Cricket Board was 75, while the treasurer of the Midlands Club Cricket Conference was 90, with no board member south of 65.

"Something must be done to not only encourage but absolutely insist, for the sake of tomorrow’s game, that the younger generation understand the value of being involved”

“This issue isn’t just about clubs – it’s the entire stake-holding interest in the recreational game,” says Prodger. “It needs addressing more now than ever  before – the format of game that’s right for today’s players must be understood because there’s no point people my age determining what cricket should be played by 20-30-year-olds. We’re in danger of suffocating our own game.

“This isn’t necessarily about culpability. There’s a general lack of interest from current cricketers to be engaged in the processes of managing cricket. They want to rock up and play, and if they don’t like something they’ll moan on the premise that a third party is responsible. That’s not an accusation – I didn’t want to be on the committee when I was in my twenties – but both parties must understand the importance of younger minds being applied to the management of the game.” 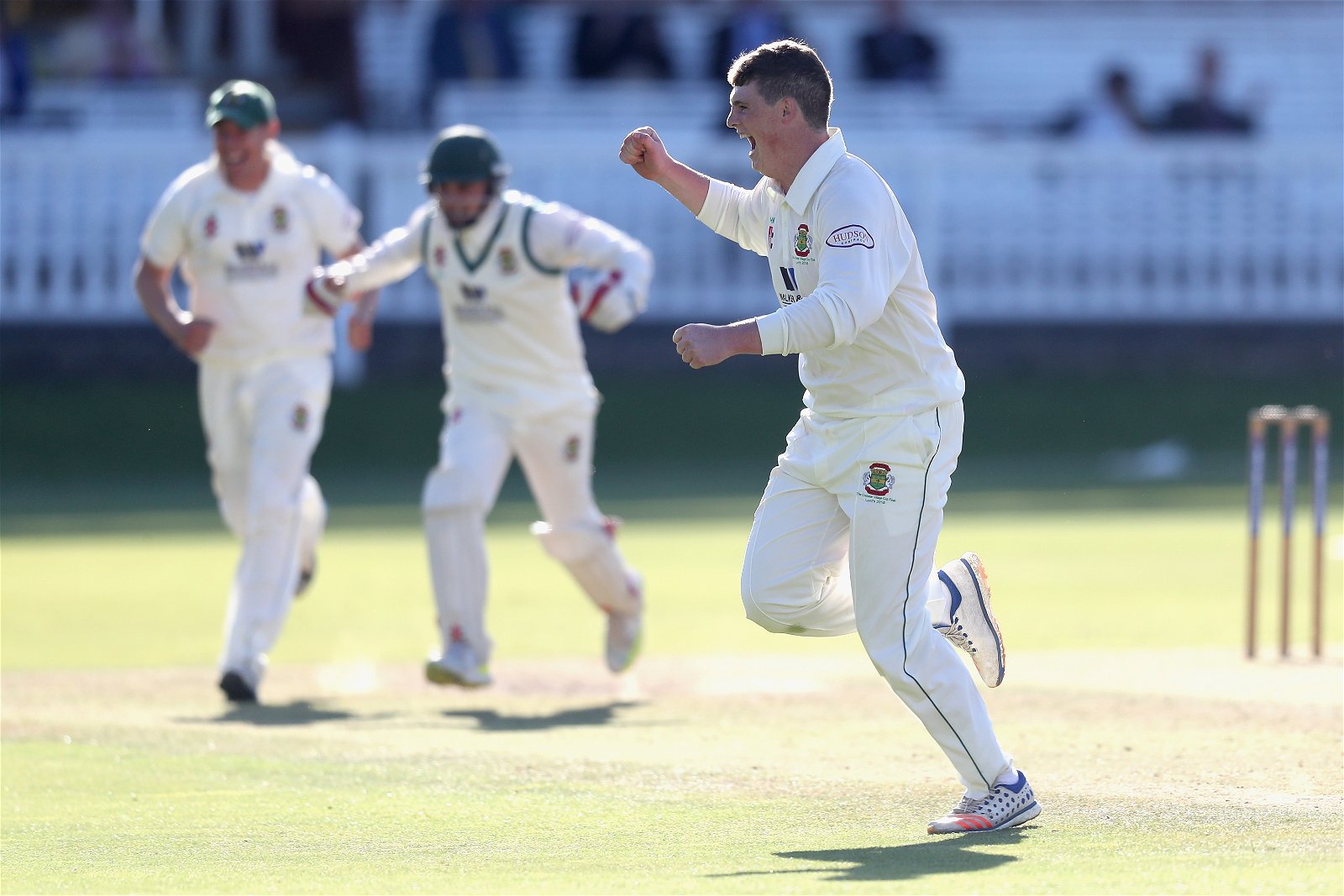 Prodger is sympathetic to the “high impact themes in the cycle of life” that sap the time of 18-40-year-olds but believes “something must be done to not only encourage but absolutely insist, for the sake of tomorrow’s game, that the younger generation understand the value of being involved”.

During the NCC meeting, Chris West, chairman of the Yorkshire County Cricket Board, argued that issues surrounding participation are more critical in the volunteer workforce than among players. The game doesn’t make volunteering easy. Prodger supports a common belief that “the bureaucracy around running a club, league or any element of the recreational game is now so weighty that it’s turning people away”. There’s more red-tape, form-filling and safeguarding than ever. As my chairman asserts, at a big club, which are run like businesses, “you need significant skills and life experience to hold a senior committee position”.

Related Story: The walking debate: should club cricketers walk if they edge it?

While a consumer-focused attitude can sometimes rankle the diehards, we must be realistic. “If you administer a cricket team, you’re the keenest,” says Stockdale. “It frustrates me when administrators get annoyed at those who aren’t as keen as them. It puts people off. John and I, who may be at the club four hours before a game doing the pitch, can’t get angry if a 19-year-old lad who’s had a night on the piss doesn’t join in. That’s not his life.”

Club cricket is entering a pivotal time. Will it be consumed by its own traditions or reinvent itself for the modern market? Players must not forget how important they are in shaping the narrative of their club, league and grassroots cricket as a whole.

This should not be misconstrued as a condemnation of the older committee members who have given so much to the game. We still need them, desperately – and it’s hard to expect loyalists to make revolutionary changes to their beloved pastime – but we also need a new battery of soldiers to ease the burden and help future-proof club cricket. Many of the more seasoned devotees would happily step aside, but with a dearth of younger volunteers waiting in the wings, they remain in key positions, ever loyal to the game.

“The reason many people play is the sense of community and hanging out with their mates. Stop tailoring cricket to people who don’t play!” Peter Evans – via Twitter

“It’s great to try new formats, but most of our youngsters moving into adult cricket – the true cricket-lovers – want to play both forms of the game. However, the fact that cricket is not on terrestrial TV means many youngsters do not get to see it, let alone die-hard fans who cannot afford Sky or BT subscriptions. When I was growing up, everyone could watch it. My son is 20. His love of the game came from the 2005 Ashes when the entire country was enthralled. It fired up a whole generation of children who wanted to be them, and inspired parents who loathed the culture around junior football – or fearing your child is at risk of imminent death in a rugby scrum. Many parents brought their kids to local grounds because they liked the sportsmanship and decency depicted in that series. Now, hardly any youngsters know the England team, while cricket in state schools is woeful.” Ann Willemstein, secretary, tea lady and welfare officer, Winchcombe CC – via email

Wisden were delighted to be an official media partner of the inaugural Street Child Cricket World Cup, organised by Street Child United, which provided an exciting platform for street-connected children worldwide. Matches took place at Parker’s Piece in Cambridge on May 4 and 5, with India South emerging triumphant from the finals day at Lord’s on May 7. Visit www.streetchildunited.org