Unbeaten half-centuries from Nat Sciver and Player of the Match Amy Jones propelled England to an eight-wicket victory over India in the second semi-final of the Women’s World T20.

The convincing victory in Antigua means England will now face the old enemy, Australia, in the final showdown on Saturday.

“I’m probably not the best at showing my excitement, but I’m feeling very good right now – to finish it pretty convincingly, everyone is so, so pleased,” said a thrilled Amy Jones after match. 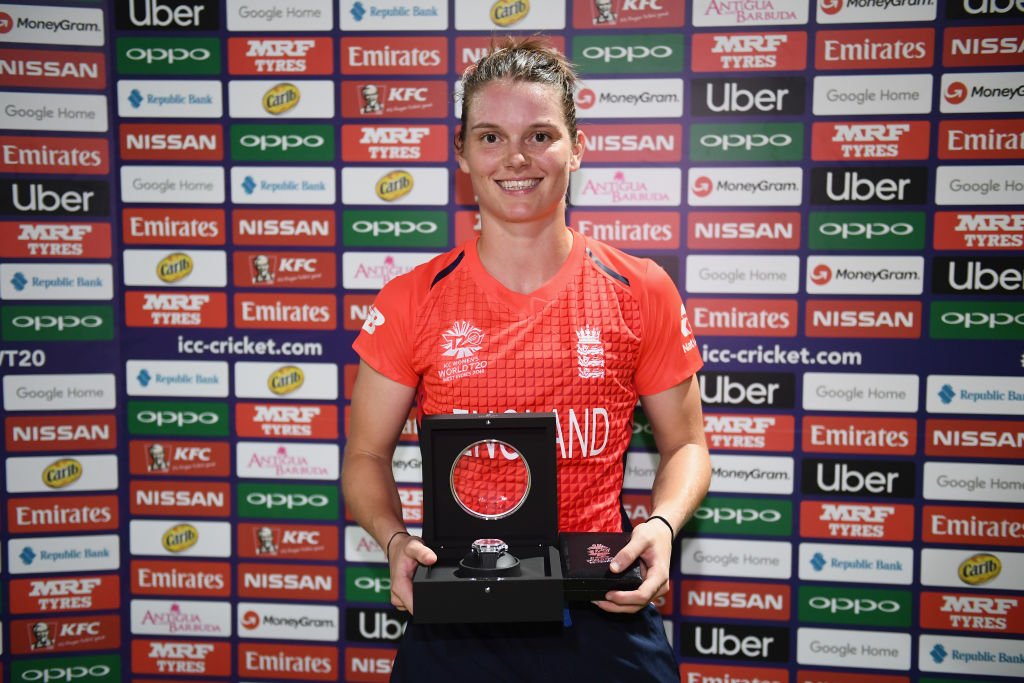 Amy Jones poses with her Player of the Match award

“With [Assistant Coach] Ali Maiden and the batting coaches, we worked so hard looking at their bowlers and making sure everybody played to their plans with the safer places to hit their attack.”

Chasing 112, openers Tammy Beaumont (1) and Danni Wyatt (8) fell early, but India were unable to claim any further scalps, as Jones and Sciver played low-risk cricket, running superbly between the wickets.

“Nat was fantastic,” added Jones. “She came in and straightaway took the pressure off. I knew as long as we stayed in together we’d get the job done.” 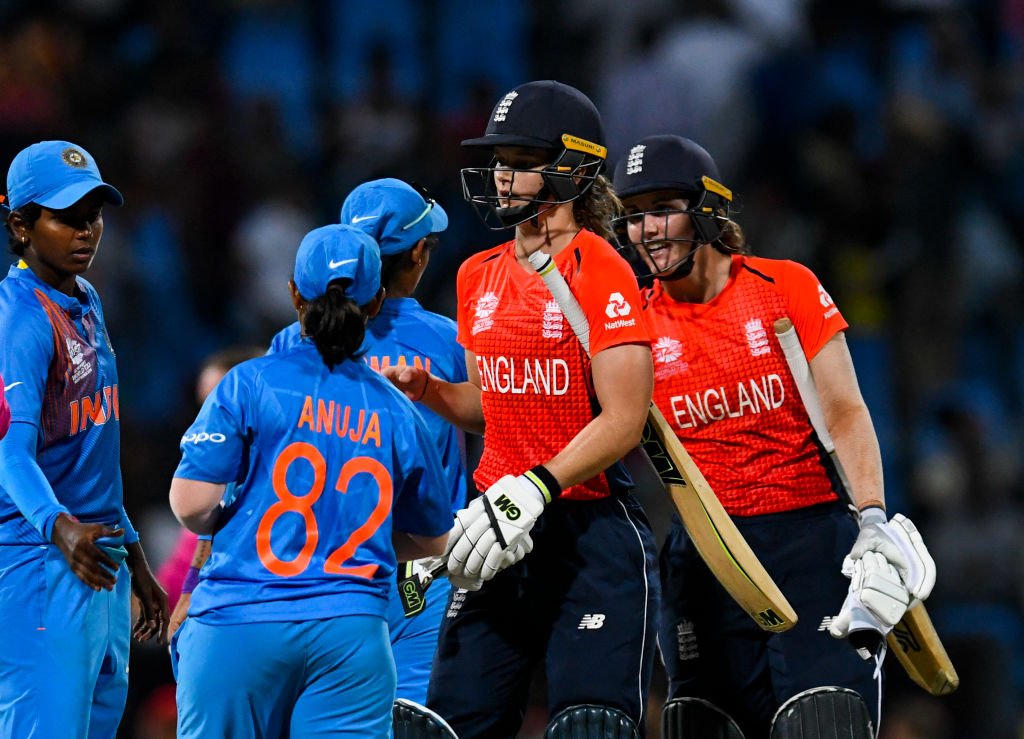 Earlier, England’s spinners strangled India as they posted a modest 112. Starlet Smriti Mandhana batted authoritatively at the top, racing to 34 off 23 balls before left-arm spinner Sophie Ecclestone dismissed her with a caught and bowled. Thereafter, the run-rate dipped; India were 88-2 in the 14th over but could only add a further 24 runs.

Related Story: ENG Women v IND Women 2022, where to watch: TV channels and live streaming details for England v India T20Is
Captain Heather Knight claimed 3-9 and enters the next match with a hat-trick opportunity after finishing the India innings with two-in-two, while Kirstie Gordon, playing in her first international tournament, excelled once more, with 2-20. “Our bowlers were fantastic today – the spinners in particular,” said Jones.

“It’s a chance to really do something special,” said Jones. “I think as a team we’ve dealt with the pressure well so far in this tournament – so hopefully, one more win!”