Ben Gardner looks back on an innings that got England’s World Cup campaign back on track, and confirmed that Sarah Taylor was back to her very best.

Looking back now at the year they’ve had, it can get lost in the glow that England’s World Cup campaign got off to something of a rocky start; they lost their opening game to India, and though they’d beaten Pakistan and Sri Lanka subsequently, any further slips would have put a significant dent into their hopes. 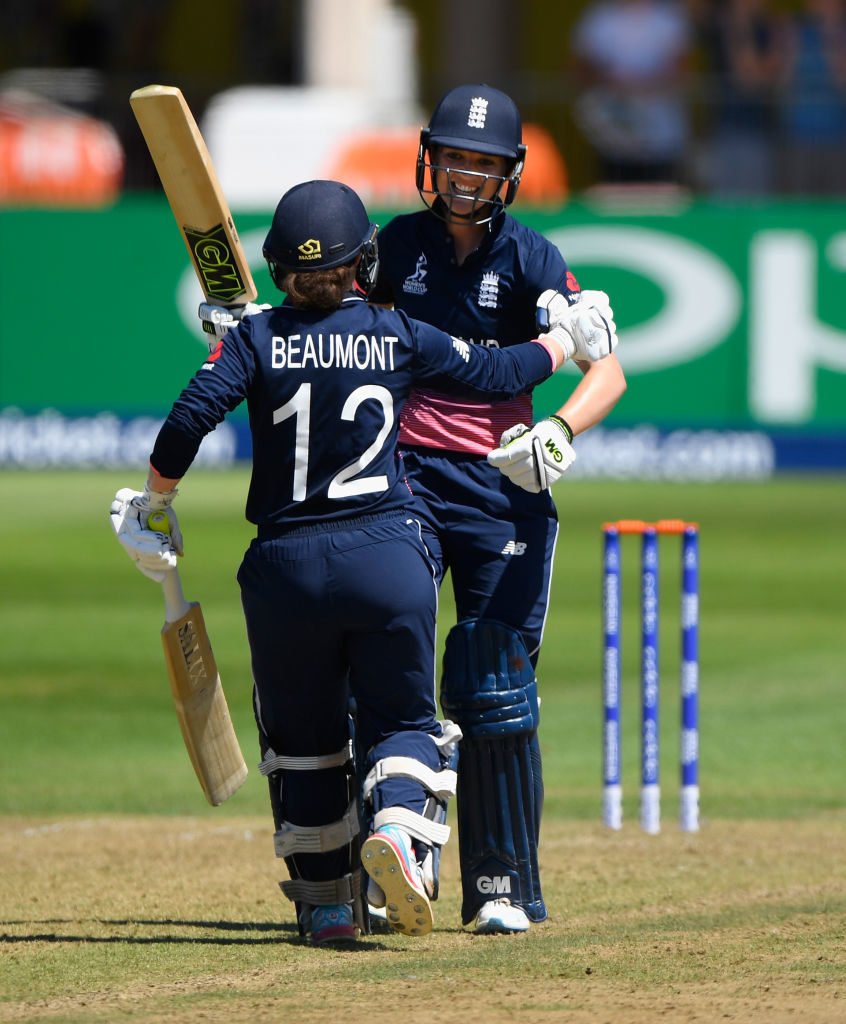 The second of those games had, however, witnessed a return to form for Sarah Taylor, who came into the tournament on the back of a long anxiety-caused lay-off. But while her 71* in a small chase only hinted at what she was capable of, this innings was an altogether different beast as she thoroughly dismantled an in-form attack heralded as the best in the world. Leg-spinner Dane van Niekerk would take 15 wickets in the tournament at an average of 10.00, while Marizanne Kapp would take 13 wickets at an average of 19.38, but neither had any answers to Taylor’s innovative ball-striking.

She saved her severest punishment for Shabnim Ismail, as she celebrated reaching her hundred by taking the world’s fastest bowler for five consecutive fours, moving around the crease, picking her spot, and then smoking it where she wanted, before calmly tapping a single to keep the strike. The passage was emblematic of the innings as a whole; powerful, calculated, and completely in control. Taylor’s partnership with Tammy Beaumont – whose 148 deserves not to be forgotten – reached 275, the highest in World Cups, and led England to a matchwinning 373-5.

Related Story: The all-time South Africa Test XI, according to the ICC rankings

Taylor was far from done; against the same opposition in the semi-final, a half-century and an out-of-this-world stumping sealed another Player of the Match award, and confirmed that she was well and truly back where she belonged – right at the top of the world game.

“Sometimes I don't understand: why is it so difficult to support this movement, if you understand what it stands for?”