Australia Women claimed the opening ODI match of the Women’s Ashes with an edgy two-wicket victory at Leicester’s Grace Road.

Australia’s revered bowling attack caused damage early on and England were reduced to 19-4 with each of their top four dismissed: Ellyse Perry striking three times and Sarah Taylor walking into a beautiful in-swinger from Megan Schutt that castled into her stumps.

Nat Sciver staged an admirable resistance throughout the innings but partners regularly fell at the other end, including Fran Wilson lbw to Jess Jonassen – a decision that ultimately would’ve been reversed with DRS, with more than a hint of glove involved – leaving the England precariously placed at 44-5.

Katherine Brunt added 20 and when Sciver was eventually dismissed, also lbw to Jonassen, Laura Marsh (24*) and Sophie Ecclestone pushed the total to 177, with a lingering sense that England now had something to bowl at in helpful conditions, despite the early collapse due to some questionable shot selection.

In Australia’s reply, Anya Shrubsole took the early wicket that the hosts desperately craved, as Nicole Bolton departed for just two runs, while Brunt removed Meg Lanning lbw – a gift-wrapped birthday present for the England bowler, who turned 34 on the day. 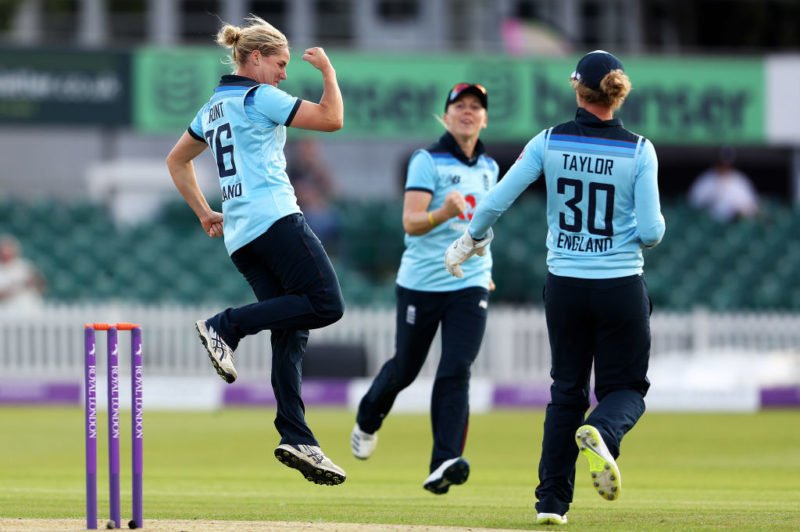 Sarah Taylor added another supreme piece of work behind the stumps to her burgeoning highlights reel, removing Perry off a wide delivery from Sciver, and Sophie Ecclestone began to showcase her talents with the ball, cranking up the pressure with 3-34 to leave Australia 167-8. Ultimately Australia got over the line to take a 2-0 lead in the multi-format series.

“It’s disappointing, of course, but there was a lot of heart to take from the way we fought right to the end and made Australia work incredibly hard for the win,” Knight reflected. 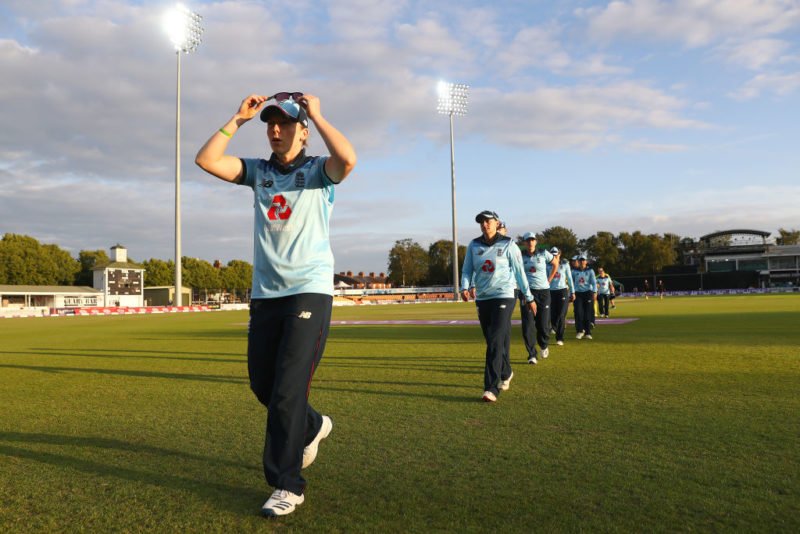 Heather Knight leads her team off the field

“We lost too many early wickets up top and it was always going to be very hard to recover from that, but to get up to that total and then to bowl like we did and take it that deep was great to see.

“I said before the game that resilience is one of the things we pride ourselves on and we saw a lot of that today. We’re obviously 2-0 down on points now so we’ll need that resilience to bounce back and get on the board in Thursday’s second ODI.”