South Africa beat England for the first time at a Women’s T20 World Cup on Sunday, triumphing by six wickets at the WACA in a tight finish.

After a Nat Sciver fifty led the 2018 runners-up to a total of 123-8, a second-wicket stand of 84 between Dane van Niekerk and Marizanne Kapp saw South Africa left with a favourable equation: 34 needed from 28.

Over 15.3: Sarah Glenn earns her reward

Impressing on her World Cup debut, Sarah Glenn is rewarded for her control with the breakthrough England so desperately need as Kapp chips the ball back to the leg-spinner, who holds on well moving to her right. Three dot balls follow to boost the required rate up to 8.5. 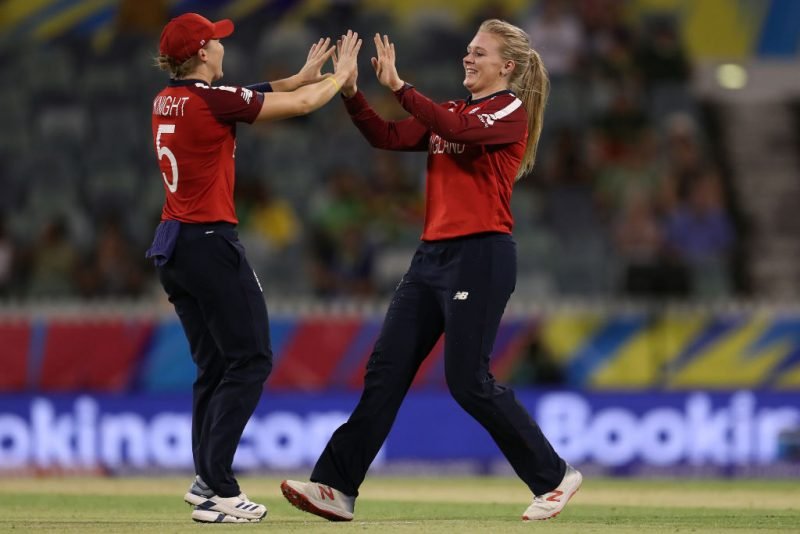 Sophie Ecclestone’s third over begins perfectly with the massive wicket of van Niekerk, whose cut off the backfoot lobs its way to Tammy Beaumont at point. The two set batters depart and it’s tough going for Mignon du Preez and Chloe Tryon as they try to get a move on. Just one run follows from the next five balls. 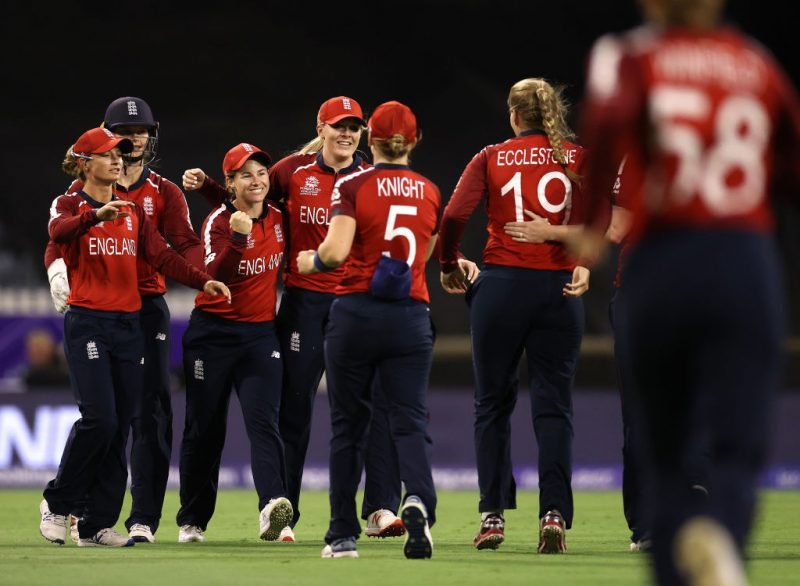 After facing five dot balls, some runs finally kick in for Tryon as she top-edges Sciver for four over short fine leg. With four byes having come off the first ball of the over, some more fortune follows from the penultimate ball of the over as Lauren Winfield fails to get to a chance at long-on, offering du Preez a lifeline.

With 15 needed from nine, it’s England back in the ascendancy but Tryon connects at the right time. Getting down on one knee, she sweeps hard, with the ball travelling 62 metres over deep backward square leg. 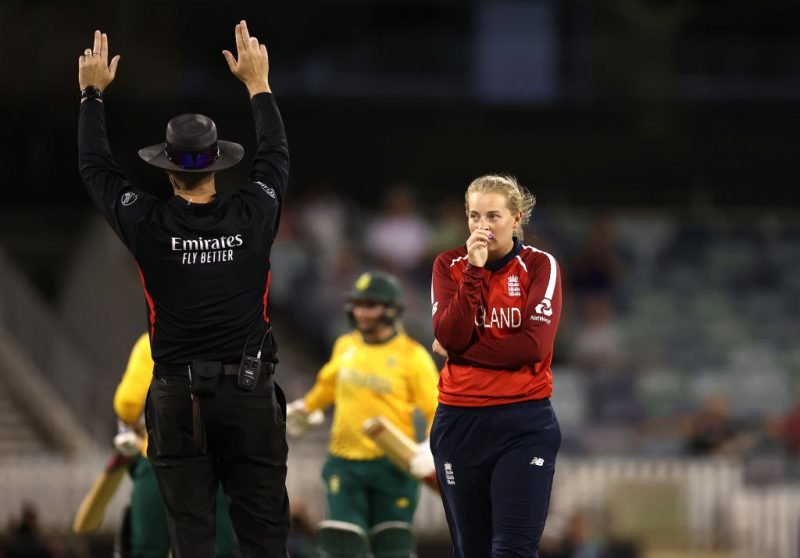 Sophie Ecclestone reacts to being hit for six by Chloe Tryon

This time round Tryon advances down the track, but the ball spins past her. Fortunately for the South Africans, the extra bounce off the WACA surface hinders Amy Jones, who can’t hold on to apply the stumping .

A fascinating three-ball sequence comes to a close as Ecclestone finishes off her spell with one that goes straight through and knocks Tryon over. Nine needed from six.

Katherine Brunt begins her over on the money with two singles from two ball. But it’s third time lucky for South Africa as du Preez backs away to smash the ball for six over the leg side. On her 100th T20I appearance it’s the perfect way to level the scores.

Related Story: Watch: Du Preez gets dismissed off Gardner’s one-handed wonder grab, levels it with screamer in the deep

With the field in, du Preez goes through the leg side once more to collect four and earn a fairytale finish in a landmark match for her and her country.