New Zealand Women captain Amy Satterthwaite has taken a break from cricket, after announcing that she is expecting her first child with wife and national teammate, Lea Tahuhu.

Satterthwaite hasn’t announced when she will return to the game, but hopes to be back in time for the 2021 Women’s World Cup, scheduled to begin in January that year. She took to Twitter to announce the expected arrival of their child in January 2020.

“Lea and I are overjoyed to share the news that I’m expecting our first child early in the new year,” Satterthwaite said in a statement. “It is a special time in our lives and we can’t wait for this new chapter.”

Lea and I are thrilled to share that I am expecting our first child early in the new year. Words cannot describe how excited we are about this new chapter ? #babysatterhuhu #jan2020 pic.twitter.com/UwRXJ3YMJx

Satterthwaite married Tahuhu in 2017, the same year she was named ICC Women’s ODI Cricketer of the Year. She replaced Suzie Bates as White Ferns skipper in 2018, ahead of the Women’s T20 World Cup. Since her debut in 2007, Satterthwaite has played 119 ODIs and 99 T20Is.

Tahuhu, regarded as one of the fastest bowlers in the game, has 114 wickets from 116 international games, since making her debut in 2011.

Satterthwaite will continue to be associated with the game during her sabbatical, and is expected to take up a mentorship role during her time away from playing. 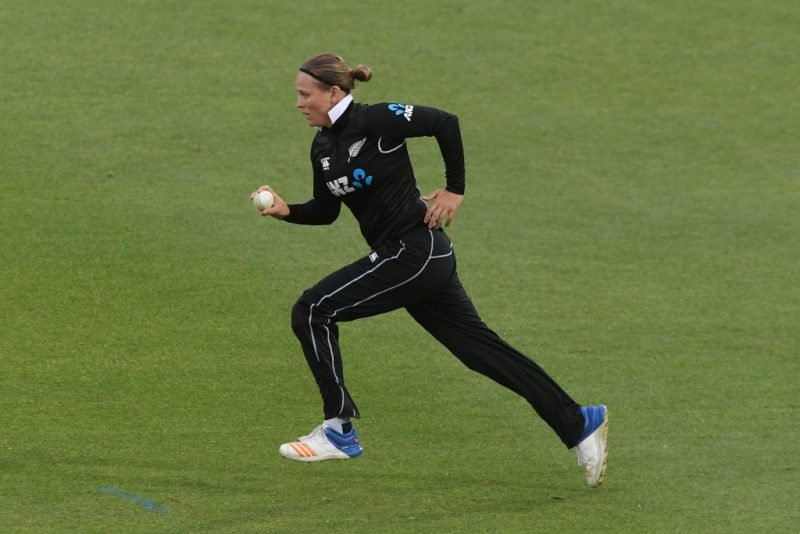 “I am very lucky to have great support from NZC with regard to taking a break from the game to have a family. I feel I still have a lot to give to the game and look forward to working my way back with an eye on the 2021 ICC Women’s World Cup held in New Zealand.”

Under the guidelines of the Women’s Master Agreement, a landmark deal reached last week, Satterthwaite will continue to be a contracted player in 2019-20, without the obligation of training or playing during the period.

“As soon as the Women’s Master Agreement [already agreed in principle] is signed off and confirmed, Amy will be announced as one of our contracted White Ferns for the 2019-20 year,” New Zealand Cricket chief executive David White said.

“She will be the first player to benefit from the new pregnancy leave provisions included in the new agreement. This means she’ll be paid her full retainer throughout and, although possibly fulfilling some off-field contractual obligations, will not be required to train or play.”