Was this Sarah Taylor’s best-ever piece of wicket-keeping? The England gloveman gives her opinion.

It’s the stumping that went round the world, a piece of brilliance we could watch over and over again, an effort that prompted Adam Gilchrist, who knows a thing or two about wicket-keeping, to call her the “best in the world”. If you haven’t seen it, you need to.

For Taylor however, this is just one work of art mong many, with her leading the way among women in white-ball internationals with 95 stumpings. More often than not South Africa are on the receiving end of them. There was her all-timer in the World Cup semi-final last year…

On her birthday, watch one of the finest stumpings you’ll ever see from England’s @Sarah_Taylor30! ? pic.twitter.com/1mosqZNNCZ

It was started by another piece of pure wicket-keeping filth from Sarah Taylor, dismissing Proteas captain Dane van Niekerk for 95.#ENGvSApic.twitter.com/sFH8icte4Q

and while not a stumping her grab of Jodie Fields’ paddle-sweep during the 2013 Ashes might be the best catch behind the sticks of all time.

So where does this rank, and what makes it so good? We asked the keeper in question.

“It has to be up there,” Taylor told Wisden. “If you look at where the ball is, I don’t really see much of it, and Anya’s not straightforward down leg-side. It doesn’t just go down leg-side just past the stumps, it hoops down so as soon as you don’t see it you know you’re going to have to reach a bit further than you should, just because of the angle that she bowls. The one last year against South Africa at the World Cup to Nat Sciver was a bit more straightforward because she’s literally up and down. I’d say this was a lot harder because she swings it. It has to be up there as one of my favourites.” 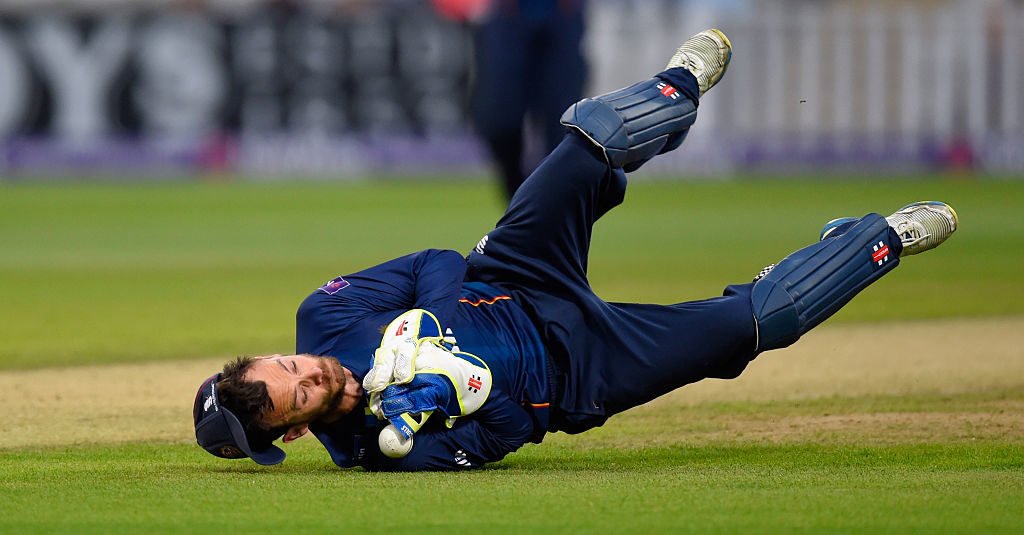 James Foster, who Sarah Taylor rates as the best in the business

As for who she thinks is the best keeper going? “James Foster has got to be up there, he’s so good. He’s just naturally good, you get some people who look like they’ve been coached but he’s not like that. He’ll catch things and you’ll just go how have you done that? I’m an admirer of anyone who makes the game look very simple, and he is a master of keeping it very simple.”

So there you have it! Which do you think is Taylor’s best piece of glovework? And where do you think this one ranks among some of the greatest of all time?