Its most famous sporting export is John Henderson, the quintessential stereotype of a darts player. And while Kirstie Gordon, England’s latest left-arm spin sensation, is about as classical an exponent of the art as they come, her career path has been anything but typical.

Gordon learnt her trade at the local cricket club, known for its excellent girls’ section, and made her Scotland debut at the age of 14, par for the course for countries with shallow talent pools when they unearth a gem. It’s rarely long until a decision has to be made, opportunity versus patriotism, and nine months ago, Gordon, forced to choose between representing Scotland at the World T20 Qualifier or declaring herself available for England in hope of securing a Kia Super League deal, took the plunge. 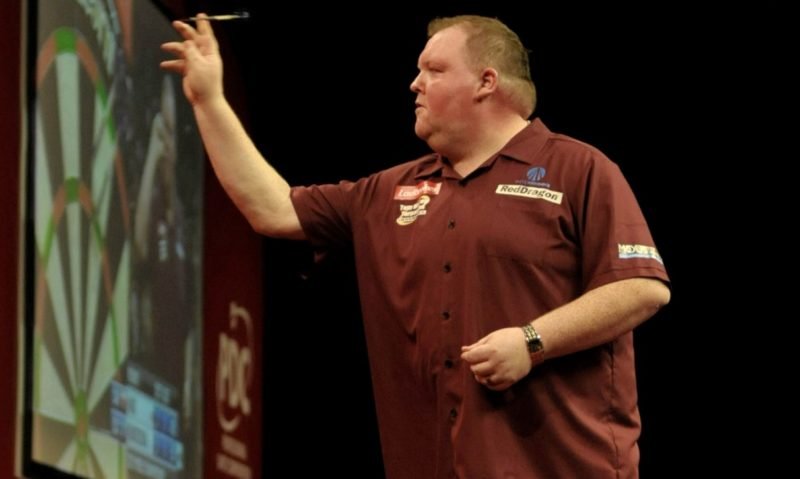 John Henderson: Not your typical athlete

“It was all quite serious,” she tells wisden.com. “I had to sign a document to declare myself available for England and away from Scotland. Even by the March/April stage, I didn’t know if I would be getting a contract and that was when the discussions opened up that I’d have to leave Scotland to sign for the KSL.

“It was all kind of a muddle at the time. It was a risk, I didn’t know what I was going to get from leaving. The head coach [of Loughborough Lightning] told me I’d get a place in the 15 if I made that decision [to declare for England], but I couldn’t sign anything until I made that move. It was quite scary because I could have gone and carried drinks all summer and the decision might have looked worthless.”

The risk paid off handsomely as Gordon took the KSL by storm. She played every game on Lightning’s journey to the final, finishing as the competition’s leading wicket-taker in her first season. Scotland meanwhile, fell one game short of World T20 qualification, losing their crucial match against Ireland.

ICC rules dictate that a player from an Associate nation can switch to a Full Member side without a waiting period, so from that perspective there was no need for England to ask Gordon to declare for them when she did. That the World T20 Qualifier finished a week before the KSL started only makes the ECB’s insistence all the more puzzling, since there seems no reason Gordon couldn’t have played for Scotland in the qualifier before committing to England. 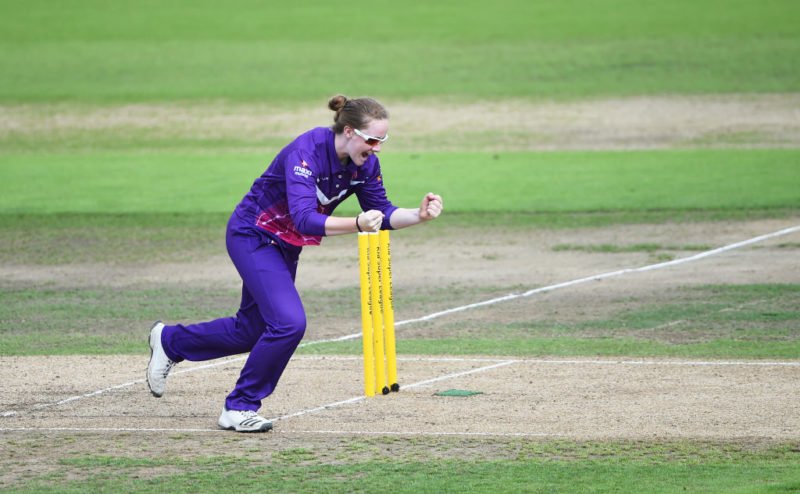 For her part, she sees the logic behind the ECB keeping the KSL exclusive, but still wishes she could have had the opportunity to help Scotland out one last time.

“[Playing in the qualifier before committing to England] would have been an ideal scenario. It’s what Cricket Scotland really fought for, when they knew I was potentially going to make this decision. I would have played for Loughborough Lightning through the summer, but I also would have gone to the World T20 Qualifier with Scotland to try and help them get to the World Cup. I could have still gone to the World Cup with England had Scotland not reached it.” 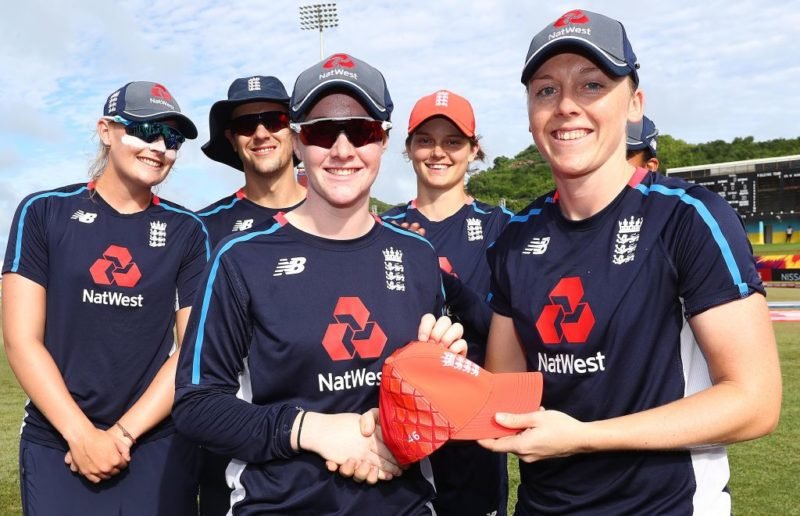 For Scotland, and other Associate nations, it must be excruciatingly frustrating. In Gordon and Leigh Kasperek, who made the move to New Zealand aged 20 and is now third in the T20I bowling rankings, Scotland have produced two of the best spinners in the world, only to see other countries flush with resources reap the benefits.

“Cricket Scotland has done so much for me,” Gordon says. “They’ve been a massive part of getting me to where I am. A professional sports career is short and you’ve got to do what’s best for you, but at the same time I’m patriotic and if their best players are leaving then they’re not going to get to the next stage. That was inside me.

“They need more money, they need more funds, they need help from the ICC. It doesn’t help when World Cups only have eight teams and the World T20 has 10 teams, if they’re not getting exposure at the highest level.”

Even given Gordon’s stellar KSL campaign, the World T20 call-up was still a shock. After all, England have an embarrassment of riches in the left-arm spinning department, to such an extent that 2017 World Cup winner Alex Hartley was left out of their WT20 campaign.

“Honestly it never crossed my mind. I thought if I had a really good summer that I’d get on the England academy. Even when Robbo (England coach Mark Robinson) rang me and said he wanted me to come and train with the girls in the build-up to the World T20, I thought ‘that’s fantastic, I’ll get to train with them and see what it’s all about.’ Even then I didn’t think I could get on the plane. It wasn’t until the phone rang I really believed!”

“They need more money, they need more funds, they need help from the ICC. It doesn’t help when World Cups only have eight teams and the World T20 has 10 teams"
The rest really is history.  She made her England debut at the start of the World T20 and ended it as their highest wicket-taker in the competition.  Her debut against Bangladesh, where she won the Player of the Match award, was the kind you dream about, but it ended on a sour note as Gordon had to negotiate an awkward post-match interview with Daren Ganga, who inexplicably mistook her for fellow debutant Sophia Dunkley.

“I refuse to ever watch that interview back,” Gordon adds. “I wasn’t upset, but it was obviously difficult. I had a lot of family back at home watching and I felt embarrassed. It’s obviously not ideal but it really helped when we got back to the hotel. I switched my phone on and I’d got loads of messages saying how well I’d handled it and that it was his fault – that really helped. These things happen. It is a bit frustrating and it probably wouldn’t happen in the men’s game.” 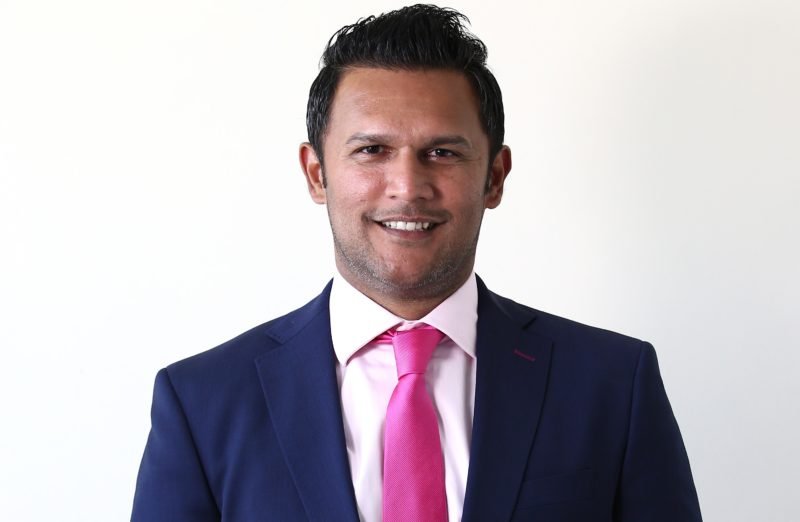 The women’s game needs and deserves excellent coverage, and while Gordon sees improvements, incidents such as this only highlight how much further there is to go. “Most of the commentators and the broadcasters do take it seriously,” Gordan says. “They do a really good job of doing their research, but unfortunately there are still a handful who get a role out there because of their association with the men’s game. Obviously that’s frustrating but over time that will keep improving.”

She didn’t let that mishap affect her, and how coolly she handled the situation was a reflection of her calm head throughout the competition. Even the prospect of playing in a World Cup final didn’t faze her.

“I remember sitting with my mum before the final and I thought ‘I don’t even feel nervous that I’m playing in a World Cup Final tonight, I’d probably feel more nervous if I was sat at home thinking ‘oh the girls are playing in the finals tonight!’ And my mum said, ‘I’m really glad, hopefully it can stay like that and it’ll sink in later.’ I knew how nervous she was. That’s something I still haven’t got my head around, that I’m still really grateful for, that throughout it all none of it sunk in. There weren’t as many nerves as there might have been had I been really thinking about the occasion.” 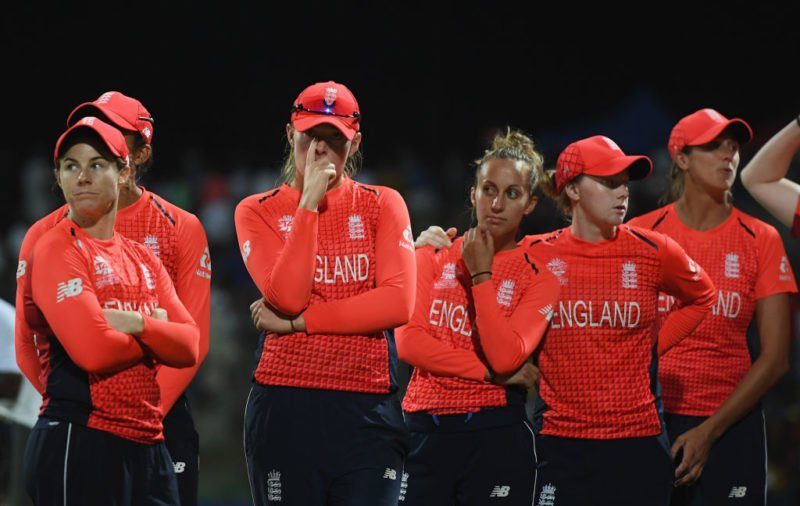 Maybe her ascent to the top has been so fast that she’s not had time to take it all in yet, but her level head should serve her well, and has allowed her not to be too downtrodden by a back stress fracture which she struggled with during the World T20, and which has since ruled her out until the start of the summer.

“Some games were worse than others,” she says. “Against West Indies in the last group game I was in a lot of pain and I had back spasms. We didn’t really know what the deal was. It wasn’t until I came back that we realised that it was a stress fracture.

“Now I’m just trying to work really hard to get myself fit for the county season and then see whether I can get myself selected for the West Indies in June. I thought it would be quite tedious and that I’d get bored after a few weeks but I’m actually really enjoying it. It’s a good opportunity for me to get really robust and strong and prevent getting another injury.”

It’s easy to forget that you’re speaking to someone who is still doing an undergraduate degree, trying to balance deadlines and her responsibilities as a professional athlete with making the most of student life.

After the 2018 Gordon had, she’s certainly earned herself a drink or two.