Kent have claimed their eighth County Championship title – a record – after beating rivals Yorkshire and Lancashire over the Bank Holiday weekend.

Despite contributions with the bat from Fran Wilson and Maxine Blythin, who both made 32, Kent were bowled out for 121 on Sunday against Yorkshire. However, Tammy Beaumont’s team managed to restrict the home side to 116-7 in reply to win by five runs.

The next day, with 15 points needed to secure the title, Kent knocked over Lancashire for 161, with young seamer Chelsey Rowson taking 4-24. ‘The Horses’ started well in search of their target, thanks to an opening stand of 48 between Beaumont and Alice Davidson-Richards, before an unbeaten 54 from Wilson saw Kent home by six wickets and sealed their first County Championship title in three years. 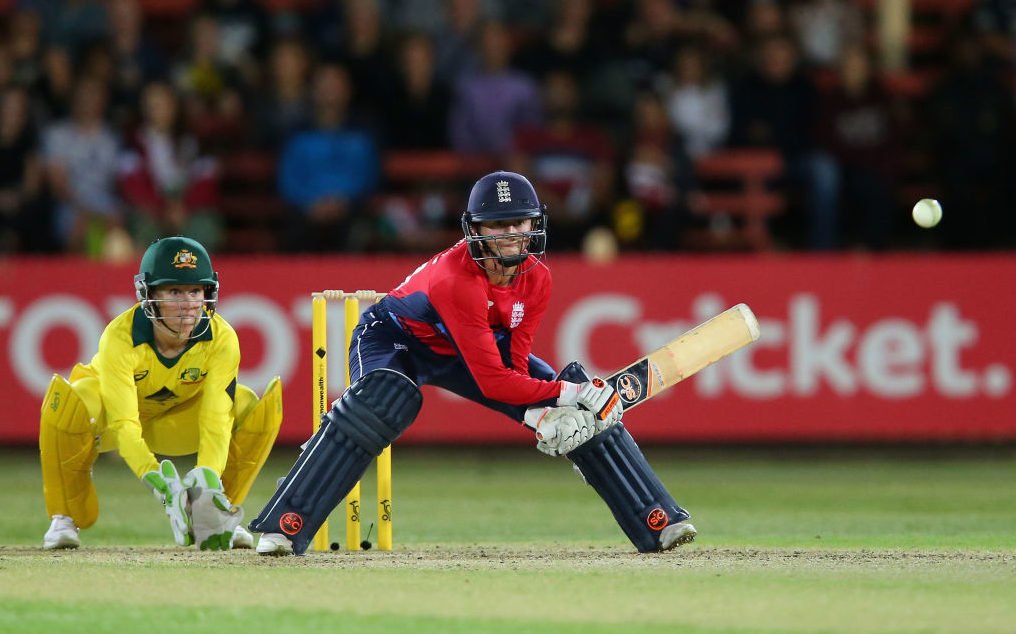 England’s Wilson led Kent to victory with the bat

In other fixtures, strong performances from bowler Providence Cowdrill, with 4-19 against Warwickshire, and captain Katie George, who made an 80 not out against Nottinghamshire, helped Hampshire secure their first wins of the season.

A stunning century from Amy Jones led Warwickshire to victory against Surrey, while Yorkshire beat Sussex on Monday in a match that saw the return of Sarah Taylor from injury. Sussex did enjoy success on Sunday however, as they beat Lancashire by three runs in a rain-affected match.