England batter Tammy Beaumont speaks to Jo Harman about the sacking of Mark Robinson, her country’s chances at the forthcoming T20 World Cup and why, from her perspective as a player, the gender of the national coach is irrelevant.

Less than a month into her new role as England Women’s head coach, Lisa Keightley’s first notable task was to announce her squad for the T20 World Cup.

“I don’t know what it is about me but I’ve never started at a perfect time,” said Keightley, who coached England Women’s Academy between 2011 and 2015, when she revealed the 15 names who made the cut. “At Western Australia and the Perth Scorchers I went in two weeks before the main competition. So working at speed is something that I’m used to. I’m fortunate I know the women’s game really well. I know the England players pretty well, so I think that makes it easier. But I’m sure there’ll be challenges along the way.”

This was never the plan. At the start of last summer, Clare Connor, the ECB’s managing director of women’s cricket, would have fully expected Mark Robinson to be coaching the side at this tournament, which begins in Melbourne on February 21. 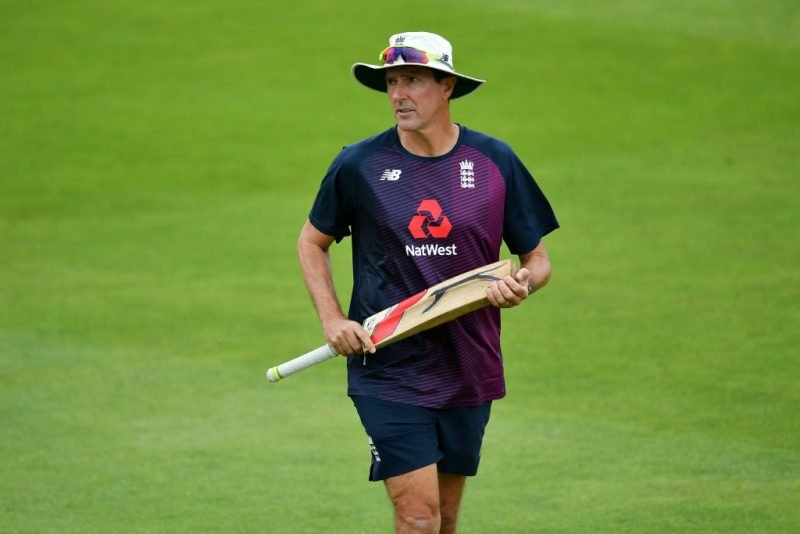 Was Robinson’s sacking last August, only two years after he coached England to World Cup victory on that extraordinary, game-changing Sunday at Lord’s, a tough but necessary call? Or a knee-jerk reaction to a dismal Ashes series?

Certainly the dressing room had lost its zip, and there was a feeling that Robinson’s methods, which had brought such positive results earlier in his tenure, were no longer sparking the same reaction from his players. After England won just one of seven matches in the multi-format series against a champion Australian side, losing a couple of those games by a humiliating margin, Connor felt compelled to act.

There are similarities with the bold decision taken by Robinson himself, supported by Connor, when he called time on Charlotte Edwards’ international career in June 2016, six months after taking charge of the side. That announcement was met with shock at the time but history will judge it favourably, as empowered new skipper Heather Knight led her team to World Cup victory and a number of previously underperforming players stepped into the breach. (Edwards could reasonably point out that, as her country’s all-time leading run-scorer, England might have won the tournament with her in the side too.)

Tammy Beaumont, England’s explosive opener, benefitted more than anyone from Robinson’s time in charge. Prior to his appointment she averaged 17 from 23 ODIs and 8 from 33 T20Is. After 38 international innings she was still waiting for her first half-century and, after yo-yoing in and out of the side, was considering jacking it all in to become a full-time sports massage therapist. 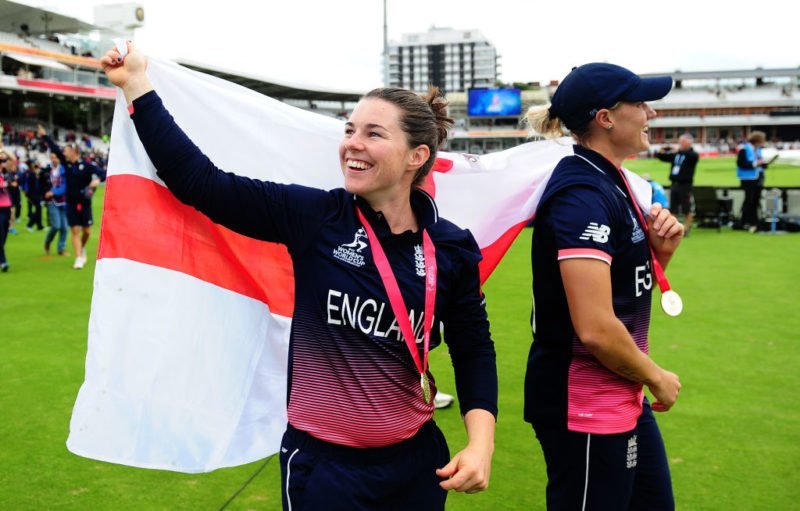 Since then Beaumont averages 48 in ODIs (with seven hundreds and nine fifties), 31 in T20Is (with one hundred – England’s fastest ever – and six fifties) and has registered her maiden Test half-century. During that period no woman has scored more cross-format international runs, and she has also finished leading run-scorer in a World Cup and been named a Wisden Cricketer of the Year. As career turnarounds go, very few can match it.

It’s not surprising then, that Beaumont admits she found Robinson’s departure difficult to take.

“It was a tough one,” she tells Wisden, a few days before flying out to Australia for a tri-series featuring the hosts and India which precedes the T20 World Cup. “Ali Maiden [England’s assistant coach] has moved on to other things now as well [becoming Leicestershire’s head of talent pathway] and I owe them pretty much the second half of my career. It will be quite tough going forward without them but that’s professional cricket and I’m looking forward to working with Lisa. I’m still in contact with Robbo occasionally. It shows how he is as a person that he still wants to know how I am and be there if he can. That’s a real positive for me that I’ve still got contact with him if I need it.

“Going into the Pakistan series [last December] it was: ‘How will I get on without him?’ Obviously I did manage to score a hundred, my first hundred post-Robbo you could call it. Things move on. If you look at professional sport and particularly international sport, these days nothing lasts forever, and we had been underperforming, particularly in that Ashes series. You have to keep evolving in cricket or you quite quickly are left behind. But I’ll always be thankful to Robbo and Ali for everything they’ve done for me.”

Before appointing Robinson, Connor stated that “there are no female coaches in cricket out there who have the skills and the proven track record to be in this role”. In the five years since, Keightley – a former Australian international and the first woman to score a hundred at Lord’s – accrued enough experience, primarily as coach of Perth Scorchers in the Women’s Big Bash League, to convince Connor to make her the first female full-time coach of the England women’s national team.

While appreciating the landmark moment in a broader context, Beaumont says the fact that Keightley is a woman is immaterial from her perspective as a player.

“I don’t care about the gender of the coach, to be honest. It’s about who’s the best candidate. As a woman in sport it’s nice for it to be a woman for the first time, and breaking down those barriers, but actually as a player I want the best coach available, and obviously Lisa is that as well. Her gender to me is irrelevant. I think whoever’s best for the job should be doing it.”

Beaumont, who played under Keightley at the England Academy, doesn’t foresee a dramatic change in coaching philosophy, although she expects the 48-year-old to operate more in the background.

“I’m not sure she’s massively different, she’s still very much about being people first and cricketers second and trying to really improve and grow as people and players. And that was something which Robbo did too. But she’s been in women’s cricket a lot longer and knows where it’s come from and where it’s hopefully going to. I think she’s quite relaxed in the way she does things and will quietly go about her business. I think she’s an introvert at heart. She doesn’t necessarily want the limelight. She just wants to make sure everyone is in the right place to perform.”

As first gigs go, they don’t come much more demanding than trying to knock Australia, who have won four of the last five T20 World Cups, off their pedestal. And on their home patch, too. 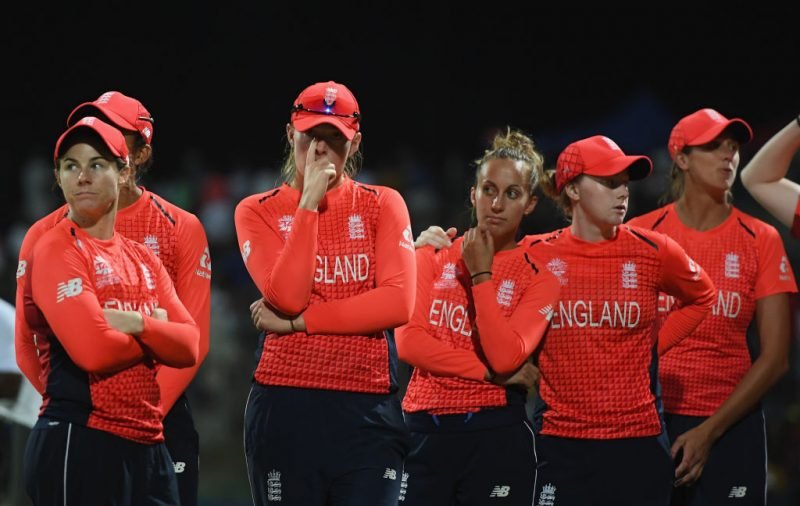 In Ellyse Perry and Meg Lanning we may well be witnessing the two greatest female cricketers in history, and this Australian team can already lay claim to being the most talented the women’s game has ever seen. If we’re to use last summer’s Ashes as a guide, the gulf in class will be too much to bridge in such little time. But while Beaumont admits it was a chastening experience, she insists England have the firepower to dislodge the reigning champions.

“It was probably the toughest summer as a squad we’ve ever had, if we’re being brutally honest. You suffer defeats quite often as a cricketer but for it be one after another was really hard to take. We’ve had a bit of time to look at ourselves and work out where we came up short in that series and how to really come back stronger.

“I wouldn’t say we’ve fallen away. I think our cricket and competition for places in the team is better now than it ever has been. It’s more that Australia have raised the bar again. You only have to look at the set-up they’ve got over there. They’ve got 90 professional cricketers and they’ve had that for quite a long time now. They’ve just had their fifth version of the Big Bash, which has given a lot of girls opportunities to train as full-time athletes, and we’re still working on getting 40 more professionals over here.

“But you can’t write anyone off in T20 cricket, particularly looking at the number of matchwinners in our squad. It only takes one of those to come off in a semi-final or final. And we did win the last T20 [in last summer’s Ashes].”

Knight has indicated Beaumont could fill a new role as England’s ‘finisher’ at No.6 in Australia, with Amy Jones and Danni Wyatt opening and Nat Sciver moving up to No.3. “We think she can be really good for us there,” said England’s captain of Beaumont. “She can finish games and she can win games of cricket for us.”

There is a youthful look to England’s squad too, with four players – Freya Davies, Sophie Ecclestone, Mady Villiers and Sarah Glenn – aged 24 or under. Glenn, a 20-year-old leggie who starred for Loughborough Lightning in the now-defunct Kia Super League and took 12 wickets across six matches on England’s recent tour of Malaysia, is a standout selection. She was picked ahead of Kirstie Gordon, the left-arm spinner who excelled at the 2018 T20 World Cup when England finished runners-up.

“I’d say Sarah Glenn is the first out-and-out leg-spinner we’ve had,” says Beaumont. “We’ve been looking for a long time. Pretty much every T20 team in the world, men or women, has got a really good leg-spinner, so it’s good for us to finally have one.

“A few years back it would take young players quite a few games to settle in and really establish themselves, whereas Sarah Glenn was leading wicket-taker in that ODI series [in Malaysia] and Mady looked like she’d been playing international cricket for a long time when she got her chance in the T20s.

“I think playing in the KSL is probably the biggest difference. They’ve already played on TV and in games where there are interviews in and around it. And where there’s that expectation on them to perform and pressure in terms of selection. I think that’s really made a big difference in the young players. They know their games so much more and they know what fields to set and what’s expected of them at this level. They come in so much more self-assured and are able to transfer it up a level to international cricket.”

It bodes well for the future, particularly with the ECB announcing last October that they will be funding an additional 40 full-time professional domestic contracts as part of a 10-point action plan to transform the women’s game in this country and close the gap on Australia’s enviable set-up.

Whether England can rouse themselves under fresh leadership to claim an early victory on that front remains to be seen. In truth, reaching the final would be considered a satisfactory achievement given the recent upheaval. But after the dramatic turnaround in her own career, Beaumont knows that anything is possible.