England reached their second-highest T20I total on their way to defeating Sri Lanka by 96 runs in the third and final match of the series in Colombo.

The win was England’s tenth in a row across formats, and sealed a third series-sweep on the bounce. England’s last defeat came against India in the second ODI at Mumbai on February 25.

Wicketkeeper-batter Amy Jones top-scored for England with a 38-ball 57, as she and Danni Wyatt put on 96 for the opening wicket. Nat Sciver and Tammy Beaumont hit 49 and 42 respectively to help the visitors to a total of 204-2. 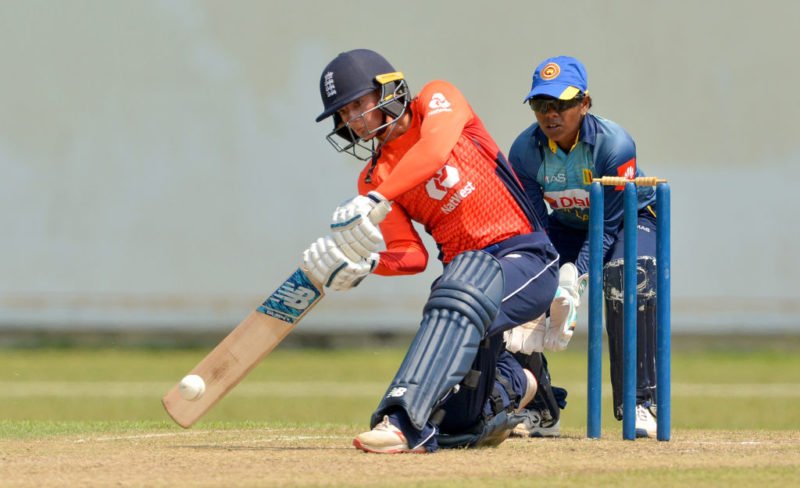 In reply, Sri Lanka struggled to 108-6 from their 20 overs, with Kate Cross picking up two wickets.

“I’ve been delighted with how ruthless we’ve been,” said England skipper Heather Knight.

“We talked about imposing ourselves on Sri Lanka and being clinical and we’ve done that throughout the ODI and the T20I series. Amy Jones has been fantastic but everyone has contributed throughout the trip and that bodes well as we look to increase competition for places and strength in depth.”

England’s attention will now turn to a home summer that will feature contests against West Indies as well as an Ashes series in July.

“It sets us up really nicely for a massive summer. We’ve got a couple of weeks off and then we host West Indies. Obviously it’s great to have won 10 in a row and we want to keep that run going for as long as possible.”