Amy Jones, celebrating her 26th birthday, scored 80 runs and scooped the Player of the Match and Player of the Series awards as England Women completed a Royal London One-Day Series clean-sweep of the West Indies at Chelmsford on Thursday.

Jones put on 84 with Tammy Beaumont (46) for the first wicket and 87 with Sarah Taylor for the second before falling to an excellent catch in the deep by Britney Cooper. 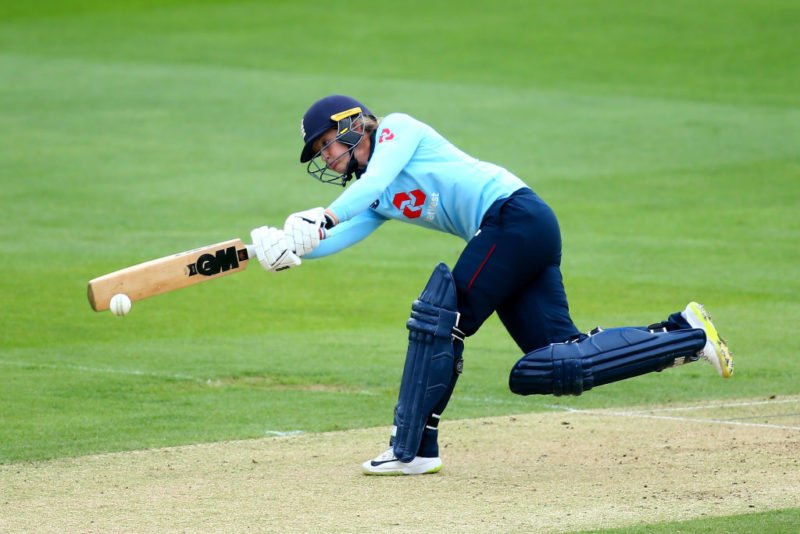 Sarah Taylor of England bats during the third ODI

Set 267 to win from 39 overs, the West Indies innings started in dramatic fashion. Hayley Matthews hit a huge six over long-on in the second over but succumbed to a sharp diving catch by Fran Wilson at cover the very next ball. 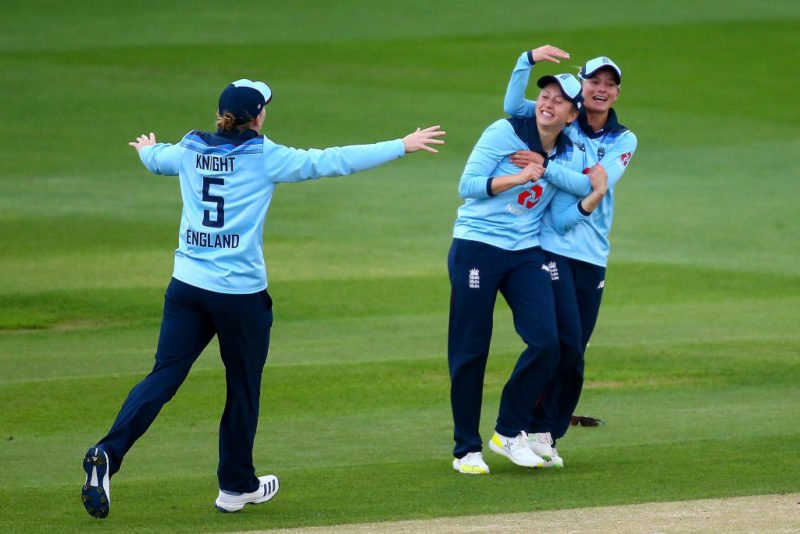 Debutant Bryony Smith picked up her first international wicket with the dismissal of Natasha McLean and finished with 1-20 from eight overs as the visitors’ chase failed to gain momentum.

The win gives England their 13th in a row in all competitions and, more importantly, moves them a step closer to qualification to the 2021 ICC Women’s World Cup. England move to the top of the ICC Women’s Championship with 24 points.

“We’re really pleased to have won 3-0 and to have been ruthless throughout the series,” says Heather Knight. “It’s important that we set our own standards and maintain them regardless of who we’re playing and we’ve done a lot of things very well across these games.

“There’s always room for improvement but Amy’s been fantastic at the top of the order, as has Tammy, and it was great to see Sarah showing what a good player she is today.

“We talk a lot about the importance of fielding and Fran’s catch was special. That’s the kind of thing that can win you a close game and we’ve got a lot of big games coming up so that bodes well.

“It’s 13 wins in a row now, which is great, and it obviously moves us a step closer to New Zealand in 2021. We just want everyone to keep working hard and to keep pushing to get better every game.