Ed Joyce has been appointed coach of Ireland’s women’s team, making permanent the interim role he held since June 2019.

Joyce’s fresh tenure is set to run for the next two years, and will oversee a period of change in the Irish team, rebuilding after the departure of several established names.

“It’s a great time to have been offered this opportunity, and I had no hesitation in accepting the role full-time,” Joyce said in a statement. “The part-time contracts introduced this year, the rise in profile of women’s cricket and women’s sport in general, and the investment in facilities and support structures around the senior team all point to a commitment from Cricket Ireland to grow the game and lift our standards to compete on the world stage.”

Under Joyce, who replaced Aaron Hamilton, Ireland finished third in this year’s Women’s T20 World Cup Qualifier, failing to clinch a spot for the main event in 2020. Joyce expressed confidence in building from the loss, with the side’s next big target being the 50-over World Cup qualifiers next year.

“While we were all obviously disappointed to have missed out on qualification for the T20 World Cup, what impressed me about the squad was the players’ commitment to learn and the talent that began to emerge as the games came along,” he said. 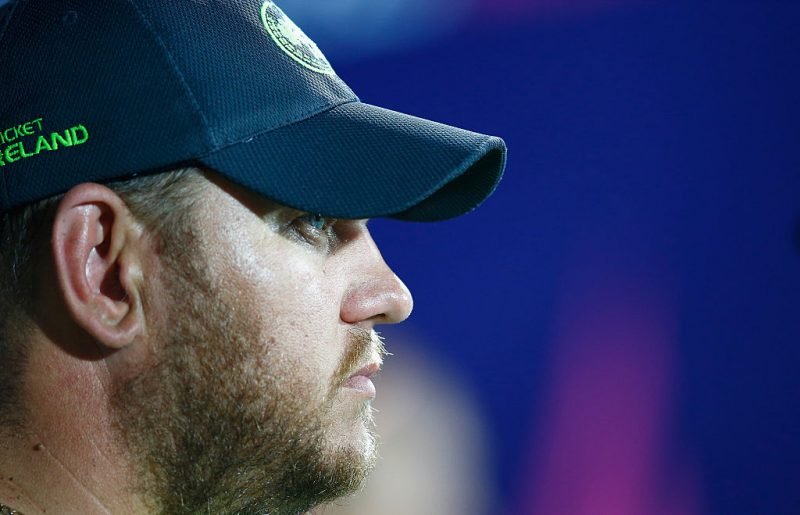 In June, Ed Joyce replaced Aaron Hamilton, who left his role after four years at the helm

Joyce, a former top-order batsman, represented both Ireland and England in his 12-year-long international career. After his retirement in 2018, he was involved in coaching roles in the Irish set-up, starting off as a batting consultant with the youth, academy and women’s teams.

Richard Holdsworth, performance director for Cricket Ireland, welcomed Joyce’s inclusion. “We are delighted that Ed has accepted the role on a permanent basis,” he said. “When he took on the interim head coach role three months ago, I said it was great to have such a world-class cricketer and budding international coach available to call upon.

“That applies just as much now, and we had no hesitation in offering him the opportunity.”