In a series where he took 32 wickets when none of his other teammates managed more than three, Harbhajan Singh produced his defining performance in the second innings of the deciding third Test

Not one batsman was spared. In a series where both teams had constantly traded jabs, Harbhajan Singh had the ultimate say, with 15 wickets in the final Test – the second-highest match haul for an Indian bowler ever – to deliver a hard-fought series win over the world’s No.1 Test side.

Australia, still reeling from arguably the greatest Test heist ever, orchestrated by VVS Laxman and Rahul Dravid in Kolkata, put a foot wrong in just the third ball after electing to bat, losing Michael Slater. They had recovered to 340-3 by the time Harbhajan cast his spell over them for the first time. It resulted in a full-blown collapse, as Australia tumbled to 391 all out, with Harbhajan snaring seven wickets for 133 runs.

A sublime Tendulkar century and an extension of Dravid and Laxman’s golden run saw India grab a 110-run lead, but Australia began strongly in their second innings, and with less than two days remaining and the series in the balance, neither team had the advantage.

That was until Harbhajan worked his magic again, for the second time in the match. Left-arm spinner Nilesh Kulkarni provided the opening breakthrough when he had first-innings double-centurion Matthew Hayden caught to break the opening stand at 82. Thereafter, apart from Justin Langer, who fell to Sairaj Bahutule, it was all Harbhajan. 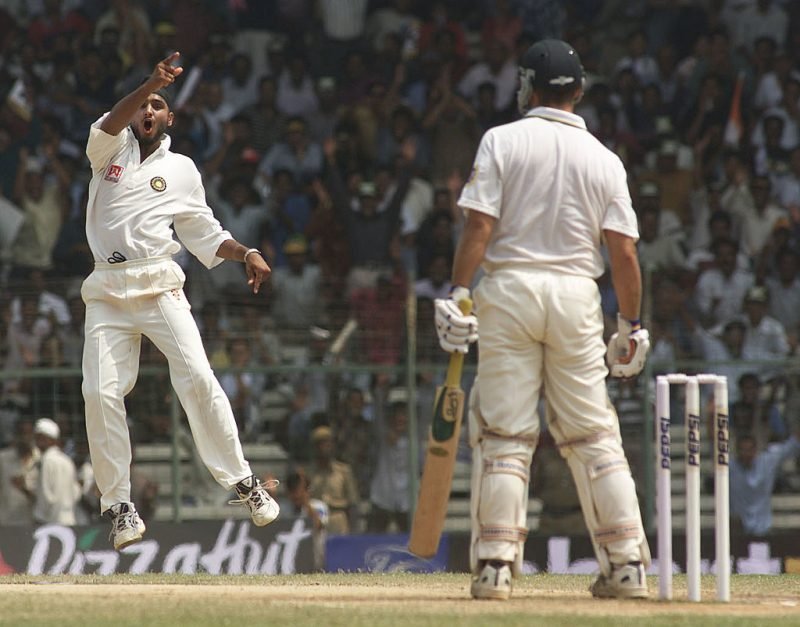 The offspinner was all over the Australian line-up. Harbhajan cared for neither form nor reputation. One after the other, they all fell to his off-breaks. He was still called upon to do a job with the bat, as India lost eight wickets in a chase of 155, before Harbhajan helped them scrape through.

Related Story: The unheralded heroes of India’s 2007 Test series win in England
In all, Harbhajan took 32 of the 50 Australian wickets to fall. None of his teammates managed more than three. His spells in the second and third Tests each earned a place in Wisden’s Top 100 Test bowling performances of all time. And with the 8-84 and the series win, he supplanted Anil Kumble as India’s premier spinner.