VVS Laxman’s iconic 281 is Wisden’s Test innings of the 2000s. Manoj Narayan looks back at the knock, and why it meant so much for India.

It’s hard to imagine what Indian cricket would look like today had VVS Laxman not done what he did in Kolkata, 19 years ago now. It was a crucial time for the sport in the country, still reeling from the fixing scandal of 2000, attempting to find its feet again with a young squad, nervous and shy, a world away from the boisterous force it is today under Virat Kohli.

Had 281 not happened, perhaps India would have been stuck in the nineties. They were a fine team at home, yes, but the age-old struggle overseas still plagued them. Perhaps without Kolkata 2001 they would never have acquired that appetite for a fight, to scrap it out, a feature that defined them in the Noughties.

“It changed our mindset as a team,” Laxman told Wisden India in 2013. “It instilled in us the belief that we must never give up. If 167 [at Sydney in 2000] changed the way I viewed cricket, 281 altered the cricket world’s perception of India.”

It’s still hard to believe how it all transpired. India were trounced in the first Test in Mumbai, which was a record 16th Test win in a row for Australia. The visitors were well on course for their 17th after Steve Waugh’s century helped them post 445 after opting to bat, before they snuffed India out for 171. India were asked to follow on, with Australia clearly intending to close it all out soon and be rid of the early summer heat.

India, however, came out with more fight. Sadagoppan Ramesh and Shiv Sundar Das got starts, although Australia continued to chip away, even as Laxman toiled at one end. The big hope, Sachin Tendulkar (10), and local hero Sourav Ganguly (48) were both sent back, and though Laxman ended that third day with a century, Australia expected to bag No.17 the next day. They had no idea what they were in for.

Laxman and Dravid batted, and batted, and batted. The heat be damned. The bowlers be damned. Perceptions be damned. They would keep Australia out on the field the whole day, with Laxman bringing up his double century, and Dravid his own hundred. As the day went by, the atmosphere at Eden Gardens, in all its old-world charm, reached a frenzy. Televisions across the country switched to the cricket – they had a reason to now, even though Sachin was not batting – and Indians all over suddenly felt something they hadn’t in a while – belief. 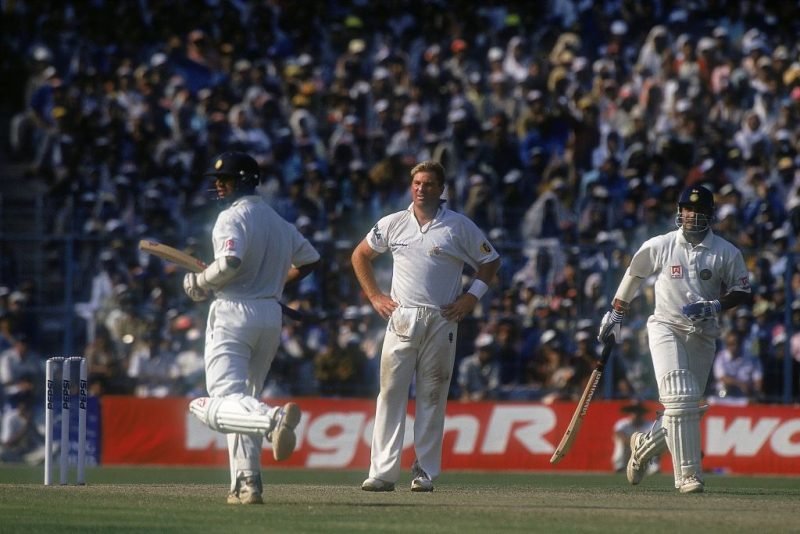 By the time the stumps were drawn on that fourth day, Laxman, with Dravid in support, had given India a lead of 315, with 589-4 on board. That famous image, of the duo walking back, drenched in sweat with a white, cooling towels around their necks, would be clicked. There were excited whispers too, of the possibility of Laxman becoming the first Indian to 300 the next day.

There was, sadly, no 300. Laxman would add just another six runs to his overnight 275 to reach 281 – nobody was complaining. Dravid would push on quickly till he reached 180, and India would declare on 657-7, giving them just over two sessions to bundle Australia out.

A new hero then took charge – Harbhajan Singh took a brilliant 6-73 – and Australia would be dismissed for 212, well short of their target of 384. India completed a remarkable win to form the most iconic moment in their history – it was the catalyst for a braver India. The side would, over the next few years, secure wins overseas, topple records aplenty, and make India a legitimate force in the sport. They would inspire a new generation of cricketers – Kohli among them – and their successes would make them stronger off the field as well.

Simply put, without 281, India wouldn’t be where they are now.