India were favourites before the match. And after their bowlers restricted New Zealand to 239-8, India’s journey to Lord’s for the 2019 World Cup final seemed almost certain. It took Matt Henry 30 balls to change the course of the game, writes Rishad D’Souza.

The pitch had been conducive to seam movement. That much had become evident during New Zealand’s scratchy innings of 239-8, bolstered by a solid 65-run stand between Kane Williamson and Ross Taylor, both of whom made fifties. Still, batting hadn’t seemed too difficult and in India’s ranks sat the No.1 batsman in the format and a man whose highest ODI score is 25 runs greater than what New Zealand had put labouriously put together across two days (play was carried over into a second day after rain interrupted the first).

If either of those two clicked, that would have meant curtains for New Zealand. But the Kiwis too had men of high calibre in their artillery. Boult has long been a champion of swing and Lockie Ferguson had set the tournament alight with express pace. Henry came in with a reputation as a reliable operator, capable of making up for lack of express pace or in-air movement by bowling accurately and extracting subtle seam movement. 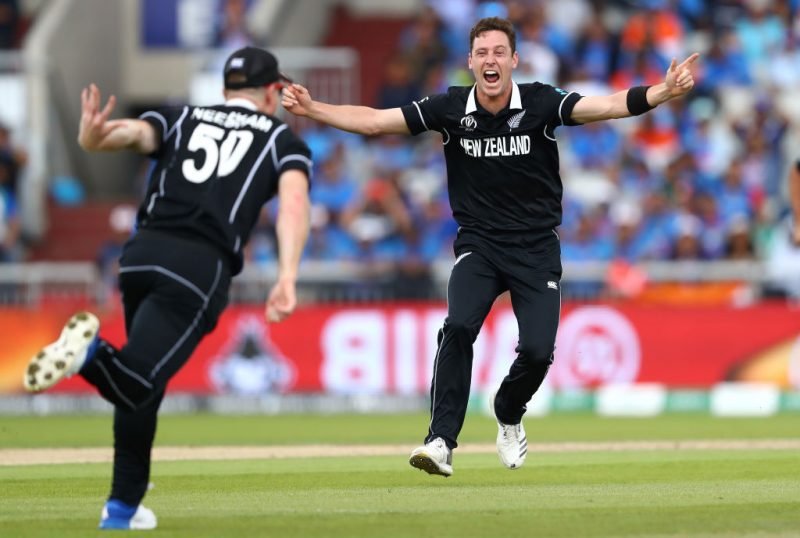 In a way, the pitch was most suited to Henry’s strength and it took him a mere three balls to show that he was going to be a key player. With his third ball, he removed one of India’s big threats from the equation, getting one to straighten to draw the edge off Rohit’s bat, which wicketkeeper Tom Latham made no mistake catching.

When Boult got one to swing into Kohli’s pads to have him trapped in front, India slipped to 5-2 and the odds very suddenly tipped in New Zealand’s favour. There was work yet to be done however given India possess significant talent outside of those stalwarts.

Henry pressed home the advantage by having KL Rahul nick behind too in a similar fashion to how he got Rohit out. Later in the same spell, he had Dinesh Karthik caught at point to severely diminish India’s chances of recovery. So great was the impact of Henry’s early spell that India eventually fell 18 runs short despite fifties from Ravindra Jadeja and MS Dhoni.

Not a bad day’s work in Manchester ?

For his incredible spell of bowling, Matt Henry was awarded the Player of the Match and a @Hublot watch to go with it! pic.twitter.com/bPIFN4Dzf4

Trusting the pitch’s tendency to cause a bit of deviation, Henry dangled it in the channel outside off. Rohit prodded at the ball without anticipating or adjusting for the slight change in trajectory the ball underwent after pitching. The result was an audible edge through to the wicket-keeper. Subtle seam movement can be one of the most threatening challenges for batsmen. With that delivery, Henry had shown that is exactly what India would have to contend with. The cat had been set among the pigeons.