An image of children playing cricket among sand dunes near Osian, in India, taken by former Australia Test captain Steve Waugh, has been named the Wisden Photograph of 2020.

Waugh swapped his bat for a camera as he travelled around India for three weeks in January, 2020. His quest was to “discover why cricket is a religion in India” and the results can be seen in his photography book The Spirit of Cricket – India. A keen amateur photographer during his playing career, Waugh was mentored on the trip by Magnum photographer Trent Parke.

“Osian is an ancient town in the Thar Desert in Rajasthan,” says Waugh. “You need to appreciate and love the game to endure the climate and conditions, and to prevail in a sport that requires time and patience. Many of the kids we came across in the local village had barely enough equipment to start a game. A battered stump and a perished rubber ball were good enough to get things started. Once the contest began, it didn’t matter about the quality of the gear or the harshness of the terrain: it was all about the contest. Attitude and intent were etched on the kids’ faces as they endeavoured to get one up on their mates and claim bragging rights for the day – exactly as kids do the world over when they come together to play sport.

“We arrived at 7.30am on the sand dunes of the Thar Desert on a chilly January morning to watch the local kids play a game of cricket. After some discussion and consultation, a suitable field was selected where the makeshift pitch was flat enough for a tennis ball to bounce sufficiently for a match to begin. As two games were in motion, the local camel tourist operators strolled by to frame the shot perfectly. It was a unique morning – and one that encapsulated the spirit of cricket in India.” 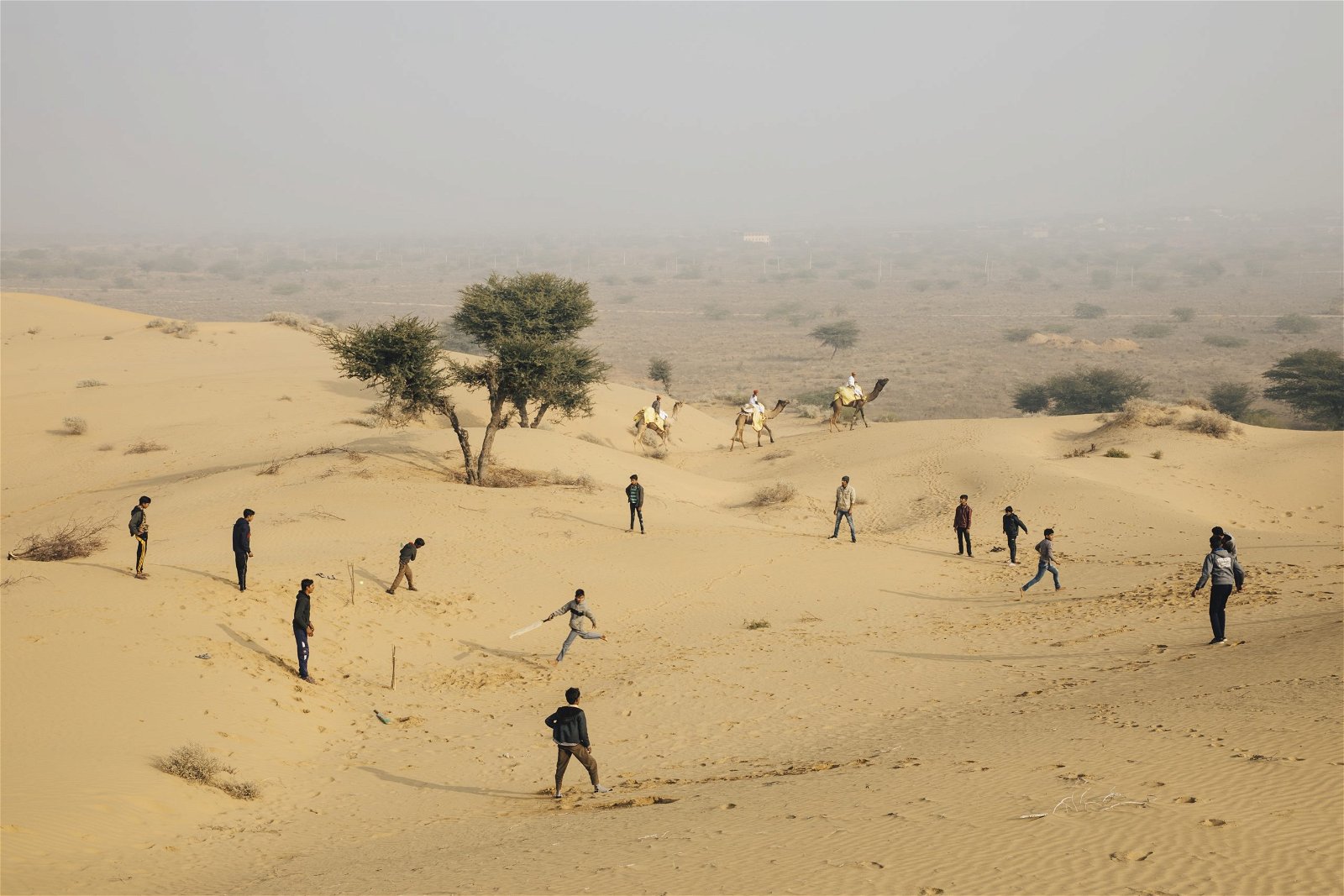 Waugh’s image was one of nearly 300 images submitted, with many reflecting how the sport was affected by Covid-19.

Professional and club cricket complete the line-up of winners with the two runners-up. 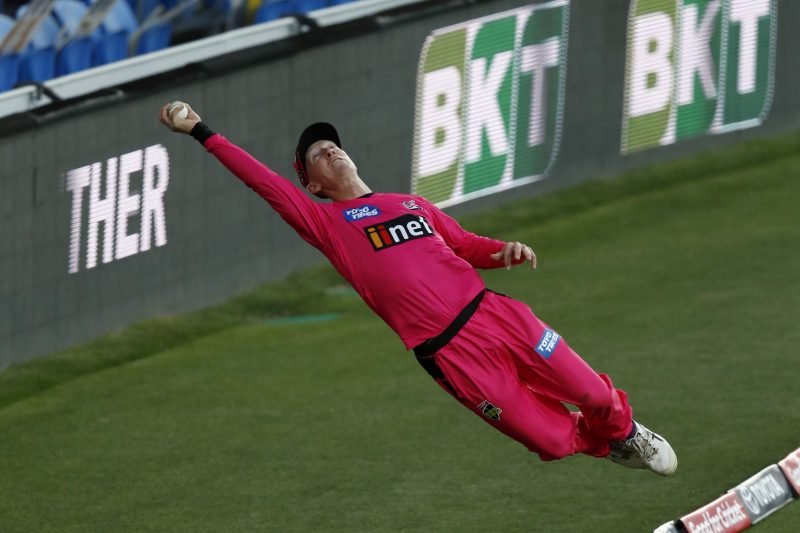 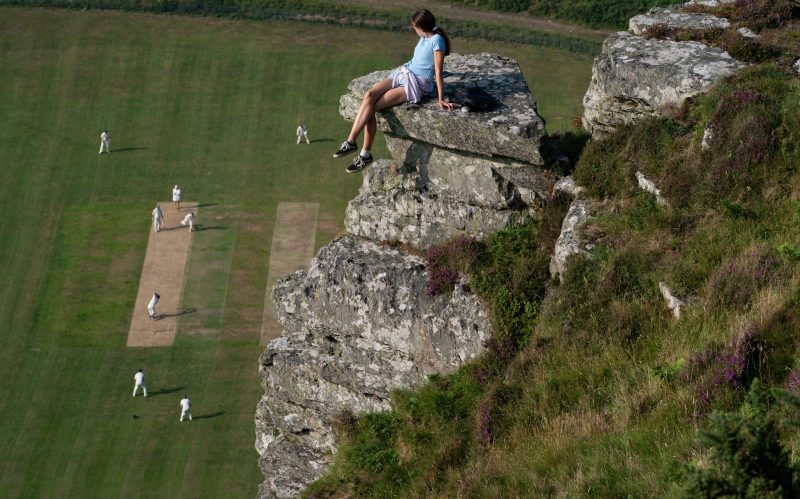 Jed Leicester photographed a spectator soaking up the sun as she watches a friendly match at Lynton and Lynmouth Cricket Club – from a rocky outcrop in North Devon.

The winning entries feature in the 2021 edition of Wisden Cricketers’ Almanack.

Lawrence Booth, editor of the Wisden Cricketers’ Almanack, said: “It was lovely to see how the world of cricket photography responded to the different challenges posed by the events of last year – and heartening that so many entered the competition. Many congratulations to Steve Waugh, just when we probably imagined he wouldn’t be rewriting any more pages of Wisden.”

The 2021 edition of the Wisden Cricketers’ Almanack is out now.