In an interview with the BBC, Michael Vaughan maintained that he had not made any racist comments during his stint with Yorkshire, but said he was “really sorry for all the hurt” Azeem Rafiq had gone through following allegations of institutional racism in the club.

Rafiq had named Vaughan in the Yorkshire report where he claimed that the former England captain had directed a racist comment towards a group of Asian players during Vaughan’s final season at the club in 2009. According to the report, Vaughan had told the group that there were “too many of you lot, we need to do something about it”, a claim that was later corroborated by Rana Naved-ul-Hasan and Adil Rashid. Vaughan has always denied making the comment.

In the interview, Vaughan once again denied having made any racist comments, saying that the treatment Rafiq went through at Yorkshire “hurts deeply” and he takes “some responsibility for that”.

“It hurts deeply, hurts me that a player has gone through so much be treated so badly at the club that I love,” Vaughan said.

“I have to take some responsibility for that because I played for Yorkshire County Cricket Club for 18 years and if in any way shape or form I’m responsible for any of his hurt, I apologise for that.”

Rafiq has suggested that Vaughan doesn’t remember making the comment, but Vaughan is adamant that he didn’t make it. He was asked if he felt the trio of players were lying about the incident, but did not confirm or deny his view in his answer.

“The problem with this situation is that we’ve got too much ‘he said, he said, she said, did they say’ and I think we’ve got to move on from accusations of conversations from many years ago.

He, however, regretted making a series of problematic tweets in the past that resurfaced on social media recently, apologising for making “quite a few mistakes on Twitter” and admitting he was embarrassed when he read back those tweets.

“I apologise deeply to anyone that I’ve offended with those tweets,” Vaughan said. “Times have moved on and I regret those tweets. We all make mistakes and in my life I’ve made quite a few mistakes on Twitter, I apologise for that.” 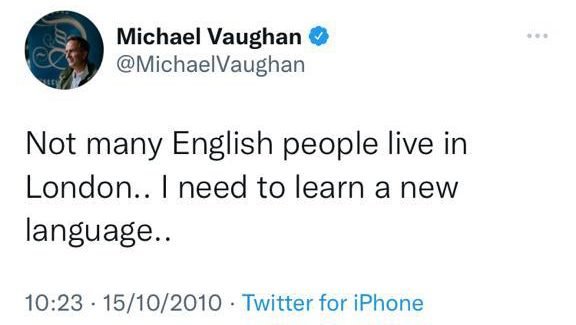 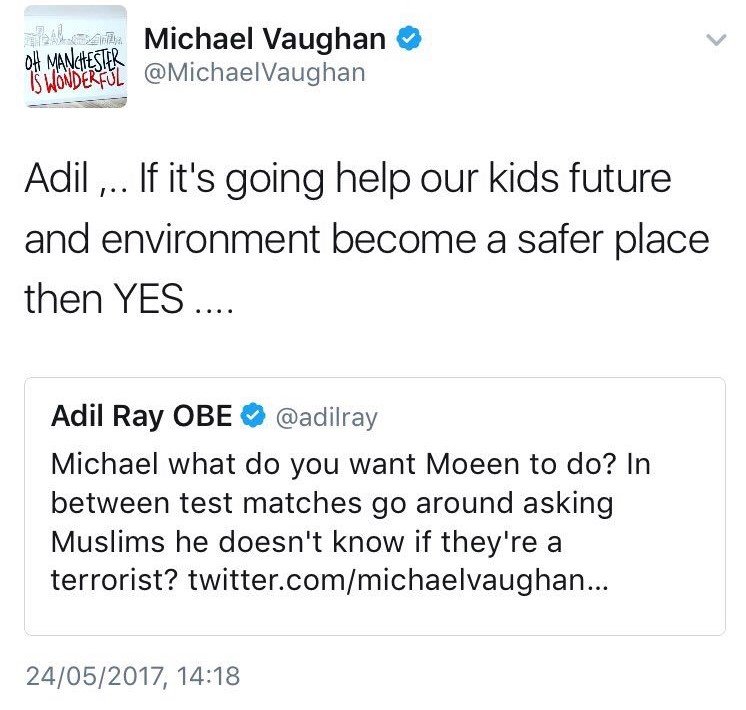 Earlier this week, BBC announced that Vaughan wouldn’t be part of their Ashes coverage. A day after his former teammate Monty Panesar called the move “deeply unethical”, Vaughan said he was hoping to get a chance to work with the Test Match Special team in the future.

“I just hope in time I get that chance to come back and the one thing that I’ve loved more than anything since I retired is talking cricket,” he added. “I hope next year I can get back working with the team. I love being on Test Match Special and hopefully, in time I get the chance to do it again.”