It’s becoming harder and harder to write anything new about Jofra Archer. A straightforward narrative has emerged since he made his debut for England in early May: wicket after wicket with little joy for batsmen, their stumps and helmets constantly under threat.

There hasn’t been any room for sorrow for England’s World Cup hero; it’s been a tale that has encompassed an upward trajectory, and as part of England’s 12-man squad for the Lord’s Ashes Test that begins on Wednesday, it seems his rise is set to continue with entry into the international red-ball arena. Not that he’s getting ahead of himself.

“If selected, I’ll be over the moon,” Archer said on Monday. “I don’t know how to feel just yet. Obviously, there’s Sam Curran as well who’s waiting for an Ashes debut and he’s played Test cricket already for England. Whoever gets selected on the day, I’ve no doubt either one of us will be successful.” 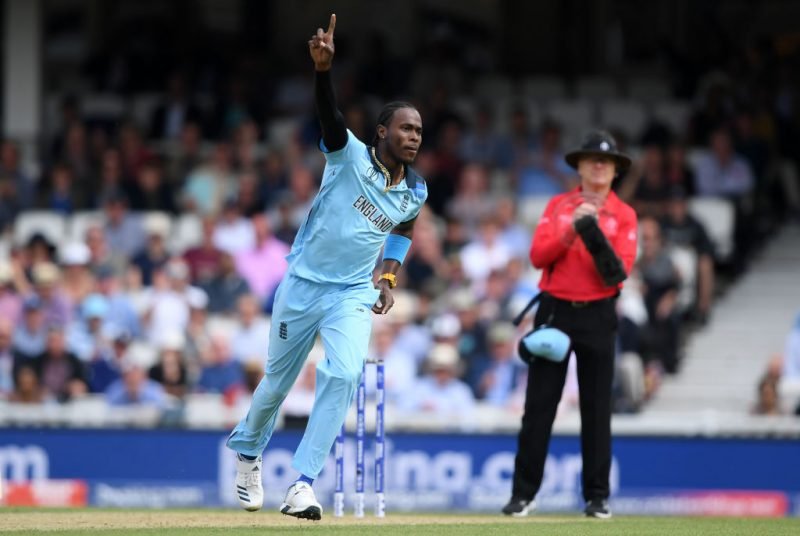 And yet, it’s hard to not envision Archer making his Test bow at the ground where he held his nerve in that Super Over. England are missing their talismanic attack leader in James Anderson, and Archer has recovered from the side strain that caused him discomfort during the World Cup.

“Never better,” said Archer on how he was feeling physically. “It just needed a few days to settle and I just could never get that big gap in the World Cup. As soon as the World Cup was over it settled within a matter of days, really.”

A test of Archer’s fitness came with an appearance for Sussex seconds against Gloucestershire last week, and the 24-year-old was rampant, taking 6-27 in the first-innings before striking 108 with the bat. More importantly, he got through bowling 31.1 overs across the match.

Wonder why the non-striker doesn’t seem keen on the single? ? pic.twitter.com/NWXU2NiTd2

Australia head coach Justin Langer has said his side will “look to keep wearing him [Archer] down and get him back into his second or third and fourth spells”, warning of the step up to Test cricket from the white-ball game.

Archer was quick-witted with his retort: “I’m probably more ready than I’ve ever been…I’m usually the one bowling the most overs anyway, so I think Justin Langer has another thing coming!”

In fact, for Archer, an opportunity to don the whites will seem him return to his favoured format, and he believes the Test game could be the most suited to his skills – a first-class record of 131 wickets from 28 matches at a lowly average of 23.44 would certainly suggest so.

The England squad for the second Test in full ?

What do you make of it? pic.twitter.com/MjdKzDCPwC

“I’ve played a lot more red-ball cricket than I have white-ball,” he said. “I do think it’s my preferred format anyway.

“I personally believe in Test cricket you get a lot more opportunities to redeem yourself. In 50-overs, if you don’t have a good 10 overs that’s it – you’ve got to wait till the next game. You have ample chances to do it in the red-ball game.

“Test cricket is pretty much almost the same thing as first-class. You know what you’ve got do, you know what your strengths are and to just stick to them.”

While a rise to Test ranks will certainly be cause for excitement for England fans – particularly after a crushing defeat in the first Test at Edgbaston – Archer looked to downplay any expectations on him.

“Don’t expect any miracles. Hopefully, I’m going to make my debut sooner rather than later… I can’t work miracles, but I’ll try to!

Archer’s best has paid off handsomely for England over the last few months. A miracle or two – removing Steve Smith could well be considered one – would simply be keeping in line with the story so far.