In the latest instalment of our The Eleven series, we look at those players that come with an asterisk next to their names, and ended up with what is, by a lot of measures, a very good team. That said, you can only imagine the commotion in that dressing room.

You know the sort of players we’re talking about – the ones you can’t help but admire, but any complimentary reflection on them is always followed by a but. It’s not just the mavericks, we’re looking at the whole gamut of opinion-splitting cricketers – from those that are too controversial, those that exceptionally good only in certain conditions, and those that are just plain wacky.

All that in mind, here’s the XI we ended up with. What do you make of it?

What do you make of this team?

The self-titled Universe Boss has been a force unlike any other when it comes to batting. He redefined the realms of possibility for openers, across formats, and is T20 cricket’s first global superstar. In an ideal world, we’d consider his achievements on cricket and little else, but this isn’t an ideal world. His exuberant character is charming at times, but more often it’s indigestible, never more so than when he infamously asked out Mel McLaughlin, the Australian TV reporter, live on air during the BBL. His reaction to that whole incident didn’t help either.

Gibbs was as talented and fearless as they come. He was the first batsman to hit six sixes an over in international cricket, and on his day, the opposition stood little chance. However, he isn’t one of the first names to come to mind when South Africans go through their greats. Gibbs’ involvement with the match-fixing saga of 2000 – he was banned for six months after accepting money from Hansie Cronje to score fewer runs – played a part in that, but so did his tell-all autobiography, in which he revealed stories of marijuana sessions and sexual orgies in South African cricket. He also criticised captain Graeme Smith, saying he had “hopelessly too much power” and never played for South Africa again.

Could New Zealand have won one of the last two World Cups had Ryder been part of the side? The all-rounder is so talented, it’s tempting to think so. He could bat like a dream, his dibbly-dobbly medium pace was tougher than it looked, and he could pull of some stunning feats in the field, despite what his frame suggested. However, all the off-field troubles – the alcohol problem, the inadvertent consumption of banned substances, the inability to cope with the pressures of international cricket – makes him one of the big losses to cricket. He doesn’t fit in with the modern New Zealand’s nice-guys image, but perhaps someone like him, with that bit of unpredictability, might have been just what they needed to win a big tournament. 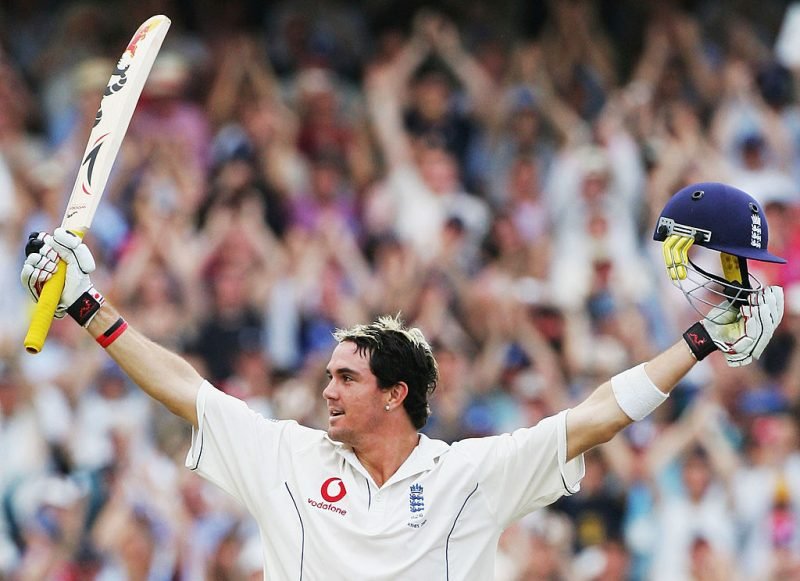 Ask an England fan who their greatest batsman is, the answer more often than not will be Kevin Pietersen. The answer, however, will usually be followed by a long sigh. Pietersen’s England career lasted just eight-and-a-half years, in which time he won them back the Ashes in his first Test series, helped secure another historic series win in India, and played a slew of innings to rank among the greatest of all time.

Unfortunately, the only thing to come more frequently than the virtuosos were the controversies. His insistence on playing the IPL, the Textgate scandal, the whistling, all led to his premature axing from the England set-up in regrettable circumstances. He did play the IPL and other franchise leagues thereafter, free from England constraints, but it was never the same.

Samuels made his Test debut at 19 – without having played a first-class game – and has won the Player of the Match award in two separate T20 World Cup finals, but his antics, unfortunately, have ensured he is mostly remembered for the off-field stuff. Despite Carlos Brathwaite dismantling Ben Stokes in that T20 World Cup final, it was Samuels who took the headlines after sitting for the post-match press conference with his feet on the table, and taking shots at his critics, the media, and Shane Warne – “I don’t appreciate the way that he continues to talk about me… maybe it is because my face is real and his face is not.” Samuels’ career has been riddled with controversies – including match-fixing allegations in 2008 – and lack of form. But there’s no denying on his day, there were few better sights on a cricket field.

A six-hitter like few others, there was a period in the Noughties when Symonds was Australia’s most crucial performer in their ODI side. His influence in the Test circuit had peaked too, in the 2007-08 season, but a string of controversies – it’s a long list – eventually led to Cricket Australia ripping up his contract in 2009. There was the time he was suspended for turning up drunk before a match in 2005, there were other times he broke team drinking rules, there was a radio interview in which targeted Brendon McCullum, and most infamously, his involvement in the Monkeygate scandal with Harbhajan Singh that strained Indo-Australian relationships. Symonds was a controversial figure. But there were few who could biff the ball like he did.

The older of the Akmal brothers was a beautiful batsman when on song – his driving particularly was classic – and as a wicketkeeper, the clumsy errors of his latter years weren’t a problem when he started out. He was a fine package, and two defiant innings against India, one in Chandigarh in 2005, the other in Karachi in 2006, underlined how important he was for Pakistan as a rescue act. But somewhere along the line, he lost it all. His errors became a laughing matter – a few years on, and they’d have been social media memes – and it came to an ugly end when in 2009, after a disastrous performance in Sydney, he refused to accept his demotion in the team and was fined Rs 3 million by the PCB.

India’s second most successful spinner in Test history, and a match-winner if there ever was one. His six wickets in the second innings was as important a factor in India’s stunning, era-defining victory against Australia in Kolkata in 2001. He added spunk and fight to an Indian side at a crucial time. And he said it as he saw it. All of which makes him a hard character to digest for some, especially after his role in the Monkeygate scandal of 2008. There are numerous other instances – remember that slap he planted on Sreesanth during the inaugural IPL? – which when contrasted with India’s other great spinner of the Noughties – the dignified, gentlemanly Anil Kumble – didn’t really help his image.

Sreesanth had his frustrating days. It comes with the territory, when you’re a wicket-taking bowler – and boy, he could take some ripping wickets, with his penchant for bowling on the stumps. He was aggressive, he was in-your-face – Andre Nel can vouch for this – and for a while in the Noughties, he was phenomenal for India.

Unfortunately, he was always testing the boundaries of the BCCI code of conduct – he was threatened with suspension from domestic cricket, at one point – but it was in the IPL that he crossed it all, when he was shockingly one of three Rajasthan Royals players found guilty of spot-fixing and banned for life. He was acquitted, and is now hoping to play cricket again. But there’s no brushing this off. 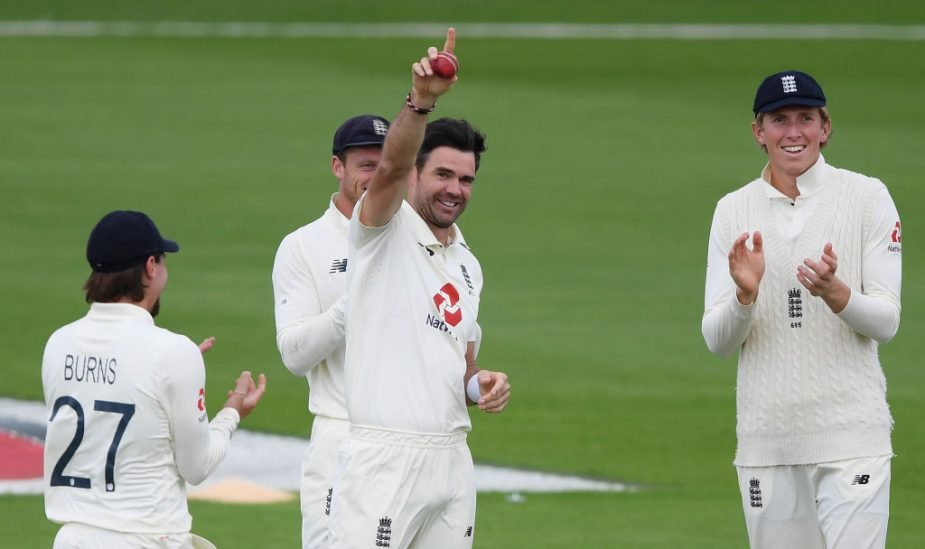 Jimmy Anderson has gone where no other paceman has gone before, and yet …

Of all the players in this XI, Anderson has perhaps the soundest footing – there aren’t many off-field controversies, a corridor spat with Ravindra Jadeja aside. And he has just picked up his 600th Test wicket to become the only pacer to do so. He continues to be England’s greatest threat at home, in defiance of age.

However, for all these achievements, the wider cricket world still doubts him. It’s like a curse or an itch that just doesn’t go away – 600 Test wickets, but the questions remain: ‘How many of those 600 came at home? Can he do it outside England? He’s great, but he’s no Steyn, is he?’ It’s a debate that’s divided the cricket world for the best part of two decades. And one that won’t go away no matter what he does.

As aggressive as they come, as volatile as they come, and most of all, as fast as they come. When Shoaib Akhtar sent them down, you could almost see trail of fire behind the ball. He took pride in his speed – for all his wickets, it’s the fact that he’s first bowler to break the 160kph speed barrier that makes him beam – and his battles with the greats of the Noughties are something to cherish.

However, there were chucking allegations – he was cleared because it was considered the result of his unique physical characteristics – and more seriously, ball-tampering charges, for which he was banned. In 2006, there was another ban after he tested positive for a prohibited substance. There were dressing room spats with teammates – he hit Mohammad Asif with a bat – and when frustrated by a batsman, there were beamers. All in all, he was one of the most controversial figures to play the game. A shoo-in into this list, though.