Umar Gul was instrumental in Pakistan’s triumph at the 2009 T20 World Cup in England. His 5-6 against New Zealand at the Oval – the best T20I bowling returns at the time – is No.5 in Wisden’s T20 spells of the 2000s, as picked by CricViz’s Freddie Wilde.

Umar Gul is one of the most underrated cricketers in T20 history. Before Lasith Malinga, no bowler was more potent at the death than the Pakistani, who combined good pace, yorkers and reverse swing expertly.

In the 2009 T20 World Cup Pakistan were facing a must-win match against New Zealand when Gul pulled out his finest performance.

Such was Gul’s strength as a defensive option, Pakistan often held off all four of his overs until the second half of the innings. Here, he was introduced into the attack with Pakistan in a decent position, having restricted New Zealand to 72-4 from the first 12 overs. But, in a must-win match and with Pakistan’s batting notoriously volatile, every run saved was precious.

In his first over Gul removed Scott Styris, thanks to a superb and iconic running catch from Shahid Afridi. Then, utilising lavish swing, attacking full lengths and straight lines, Gul shut New Zealand’s lower order down in spectacular fashion. The combination of movement, pace, and accuracy was a masterclass in death bowling. 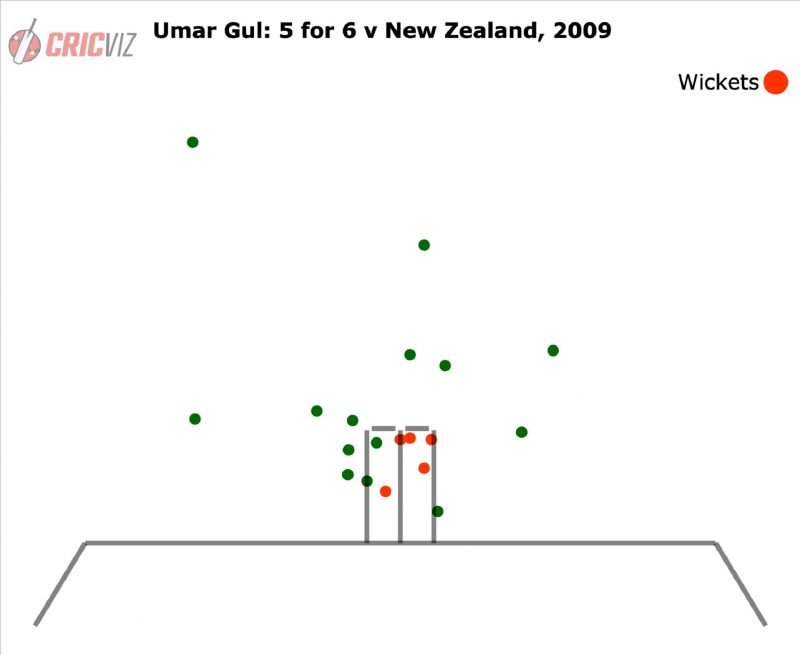 Although wickets are less valuable later in the innings, they remain the most effective way to slow the scoring rate. New Zealand’s lower order subsided dramatically, sliding to 99 all out, before Gul could even start his fourth over. Pakistan knocked off the runs, and less than two weeks later, they were lifting the T20 World Cup trophy.