Ben Gardner uses CricViz data to examine how Moeen Ali has turned around his overseas form spectacularly against Sri Lanka.

Up until England’s tour of Sri Lanka, Moeen Ali was something of a curio: a spinner who preferred bowling in England. Away, his wickets came at an eye-watering 52.27 runs apiece. At home, he averages 33.47, while his strike-rate in England, of 50.2 wickets per delivery, is the best of any English spinner since the Second World War.

His last two winters had been particularly galling. In Bangladesh in 2016, bowling in the subcontinent for the first time, he appeared to have made a breakthrough, claiming his first overseas five-wicket haul in the second Test. But in five Tests against India, he could manage only 10 wickets at an average of 64.90.

If that performance was disappointing because of the expectation on Moeen as England’s lead spinner in twirl-friendly conditions, then his efforts in Australia and New Zealand were simply awful. No Test bowler who has bowled more than 1,000 balls in a season has averaged more than Moeen’s 126.80. He also struggled woefully with the bat, averaging 18.81 with a high score of 40, and was dropped from the Test team for the first time for the last game of the tour.

In Sri Lanka the reversal was total. Moeen claimed 18 wickets in three Tests, the joint-most by an Englishman in the series, and more than in his last 11 away Tests combined. He extracted more spin than ever before, an average 6.34 degrees of turn per delivery, but really in every aspect of his approach, Moeen has been a bowler transformed.

CricViz data tells us that his average speed of 81.98 KPH is his slowest for any Test series – in Australia and New Zealand he was at 85.75 KPH, while in India and Bangladesh his average speed was way up at 87.02 KPH – and that 48.1 per cent of his balls were full, again his highest in a series, compared to 36.3 per cent in the antipodes and 35.4 per cent last time out in the subcontinent.

CricViz don’t yet record the number of revolutions imparted on the ball, but the amount of spin Moeen was getting off the surface, not only in comparison to his own efforts in the past but to other bowlers in Sri Lanka, suggests he’s giving it more rip than at any time in his career.

Of those to bowl more than five overs in Sri Lanka this year only Adil Rashid, a wrist-spinner, has found more turn. That the average Moeen delivery passed the stumps at a height of 69.9 cm, just 6 mm lower than in bouncy Australia and New Zealand, despite bowling slower and fuller than ever before on pitches traditionally lacking bounce, suggest it’s not just side-spin, but over-spin that Moeen is imparting on the ball.

Ripped, flighted, slow, and full, Moeen has been about as attacking as it’s possible for an off-spinner to be, and he’s been devastating.

We can only speculate as to the reason behind Moeen’s transformation, but the man himself has offered some clues. Every time he takes a bag of wickets, at home or away, his suggestion that he prefers being the second spinner is brought up in jest. In 2016, he claimed it “takes the pressure off”, and most took it as meaning that Moeen wanted to be judged on his batting, with his bowling viewed as a second string.

As England captain Joe Root said at the time, “I think it is because we always see you [Moeen] as a batter and we don’t want to overshadow that. This will give him a lot of confidence moving forward. When we need to take wickets in the fourth innings of a Test match he is able to do it.”

Moeen certainly is able to do that. No bowler has more fourth-innings wickets in England wins than him, with only James Anderson, from almost twice the number of innings, as his equal. That, and the fact that since his debut only Steve Smith has more than his six Player of the Match awards, suggests that pressure isn’t something Moeen struggles with; he’s perfectly attuned to being England’s match-winner.

Related Story: Watch: ‘An unbelievable drop’ – Moeen Ali puts down simple chance off Glenn Phillips in crucial T20 World Cup game
Perhaps what Moeen really needs isn’t to feel he’s not England’s main man. It’s to feel that he doesn’t have to be the one to contain, in order to allow him to properly attack. In Australia, New Zealand, and India and Bangladesh, containing seems to be what he tried to do. That he bowled quicker is one indicator, as is his length. He didn’t just not bowl full, he was noticeably short, with 23.9 per cent and 28.2 per cent of his deliveries classed as such on each tour respectively.

In some ways, it worked. His economy rates of 3.40 and 3.42 in 2017/18 and 2016/17 were each better than the 3.55 he managed in Sri Lanka. In Australia and New Zealand in a way he bowled as well as he could given what he felt his role was – for the only time in his career, he bowled more than half of his deliveries on a good line and length. It’s just not a task to which he is suited. 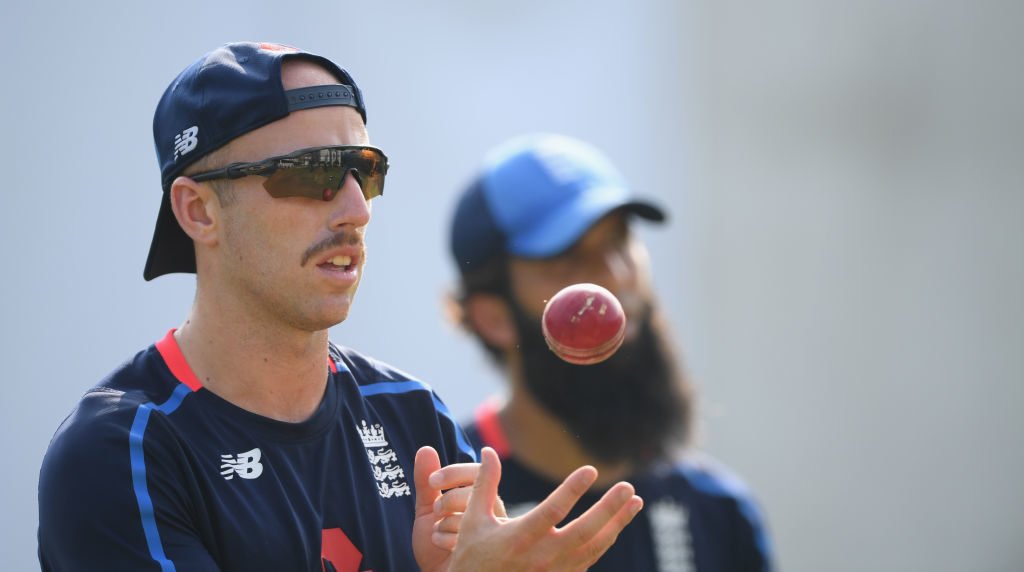 In England, Moeen does bowl better with another spinner alongside him, averaging 17.80 in four games partnered with either Liam Dawson or Rashid, and taking both his best innings and match figures alongside Dawson against South Africa. But even without a second spinner he will rarely have to perform a true holding role, often forming part of a five or even six-man attack.

In Asia, perhaps, he has felt in the past that, as the lead spinner and therefore de facto attack leader, he can’t afford to be expensive, and so opts to contain. This time, with the addition of Jack Leach, whose economy rate of 2.57 is the best of any spinner who was bowled over 300 balls in the last two years, Moeen has been given true licence.

Perhaps none of this should be a surprise. From the very start of his career, the signs were there that Moeen wasn’t a bowler used to containing, instead preferring to give it some air and see what happens. After his third Test, Ian Bell intervened.

“Belly took me to one side on the practice day at Lord’s and said: ‘Look, this is what you’ve got to do to be consistent in the Test side, this is what Swanny did, bowl quicker and straighter, especially on a first-day pitch,’” said Moeen back in 2014. “It’s completely different from county cricket. I bowled there in the eye line, as people say, and I didn’t have consistency.” 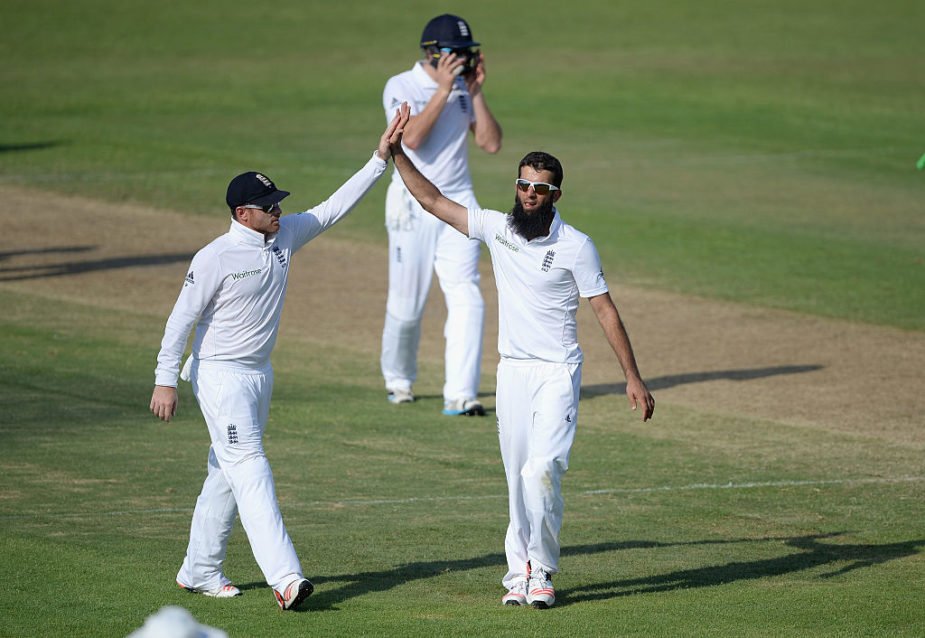 The method reaped immediate rewards, with Moeen taking 15 wickets in his next three Tests, having claimed just seven in his first three, and he has continued to prosper at home.

Related Story: England break records with bat and ball in unforgettable Test summer
But overseas something different was needed, and it turns out it was that old county method, of tossing it up and tweaking it hard – consistency be damned, that’s what the others are there for. Moeen’s role now is simple – bowl to take wickets, don’t think about anything else. And it’s made him lethal.