Ben Gardner analyses Usman Khawaja’s complex relationship with the reverse sweep, and what his use of it tells us about his character after his magnificent match-saving century against Pakistan.

Between 2011 and 2017, Usman Khawaja faced 1,217 balls of spin in Test cricket and reverse swept just three of them, scoring no runs, and getting out once. It wasn’t effective, and it certainly wasn’t pretty. 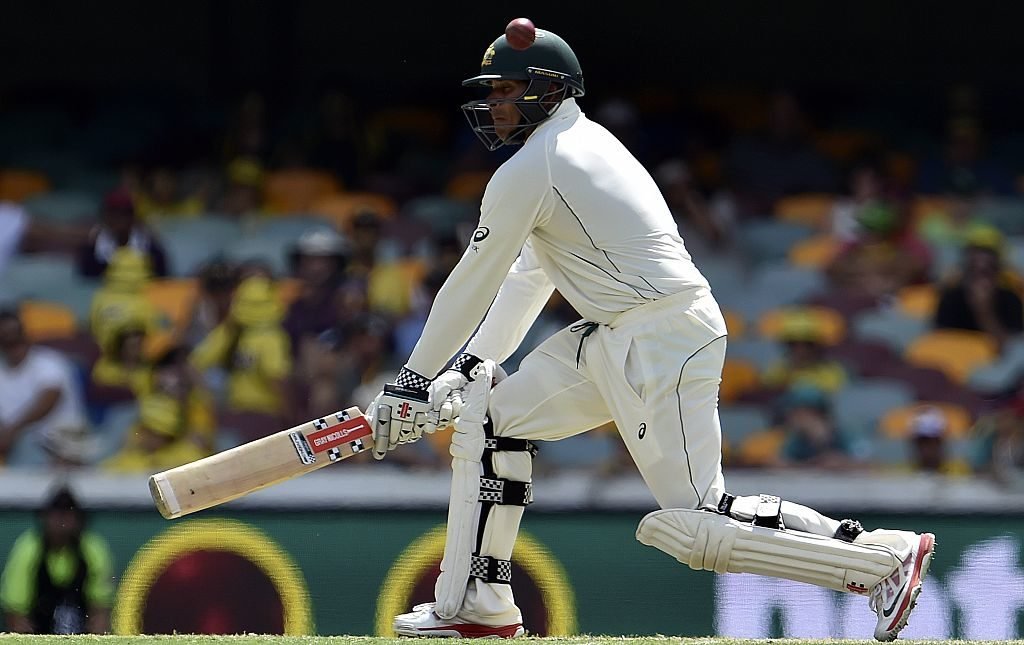 In 2018, he has faced 599 balls of spin and reverse swept 31 of them. Having unfurled the stroke three times during the fifth Ashes Test, taking five runs off Mason Crane, he played the shot during the first Test against South Africa off Keshav Maharaj and gloved through to the keeper, meaning he had played seven reverse sweeps in Test cricket, scored five runs, and been dismissed twice.

That dismissal, coming at a pivotal moment in a hot-headed Test that set the tone for a hot-headed series, drew harsh criticism from Australian pundits, with Brendon Julian calling it a “horrible shot” and Allan Border suggesting he should shelve the stroke altogether.

“It’s because he tends to panic when he’s facing spin bowling, he doesn’t trust his technique against the spinners,” Border said. “That’s a white-ball shot for me. In Test cricket, there’s other ways of scoring your runs and I don’t think you need to take those risks.” 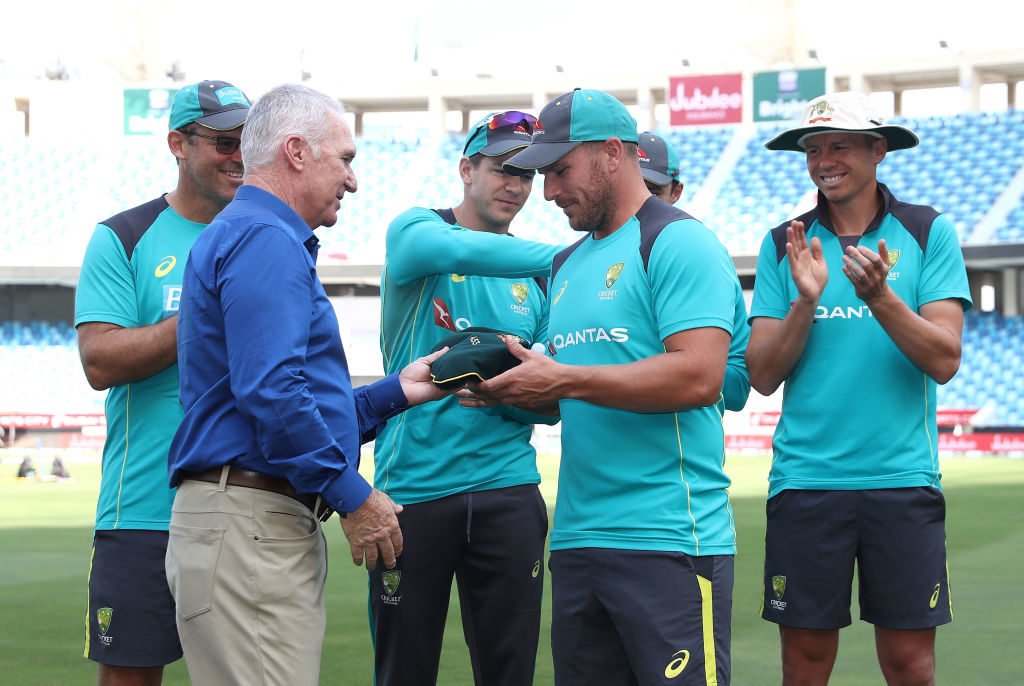 Days later, Khawaja faced up to Maharaj again. He had failed in the first innings, and Australia had conceded a deficit of 141. The fourth Maharaj ball he faced, he reverse swept and toe-ended on the bounce to slip. In Maharaj’s next over, having clipped one ball to square-leg for no run, and then reverse swept again. This time he connected perfectly, and the ball raced to the fence.

Khawaja was away, and ended up making 75, including another reverse swept boundary. After play, he spoke about the stroke. “It is a shot, as a leftie, I think is quite valuable. If you can execute it,” he said. “Whenever you are trying to score runs there is always risk. As a leftie you always have to deal with rough and have to figure out ways to score runs. It’s not that big of a deal, you play it in one-day and T20 cricket all the time, it’s just about having the confidence in Test cricket to execute it.”

It could read as an exact retort to Border’s criticism. Against Pakistan in the Test just gone, Khawaja played his defining innings, and the reverse sweep was its defining shot. He played it 21 times for 22 runs, all but one off Yasir Shah, the world’s best Test leg-spinner, and in near-complete control throughout. Also notable was his adapted use of it, only reverse sweeping full leg-breaks which pitched outside off-stump. Two of his first three Test reverse sweeps were against balls which pitched in line with the stumps, bringing LBW into play, and he was determined to hit with the spin. 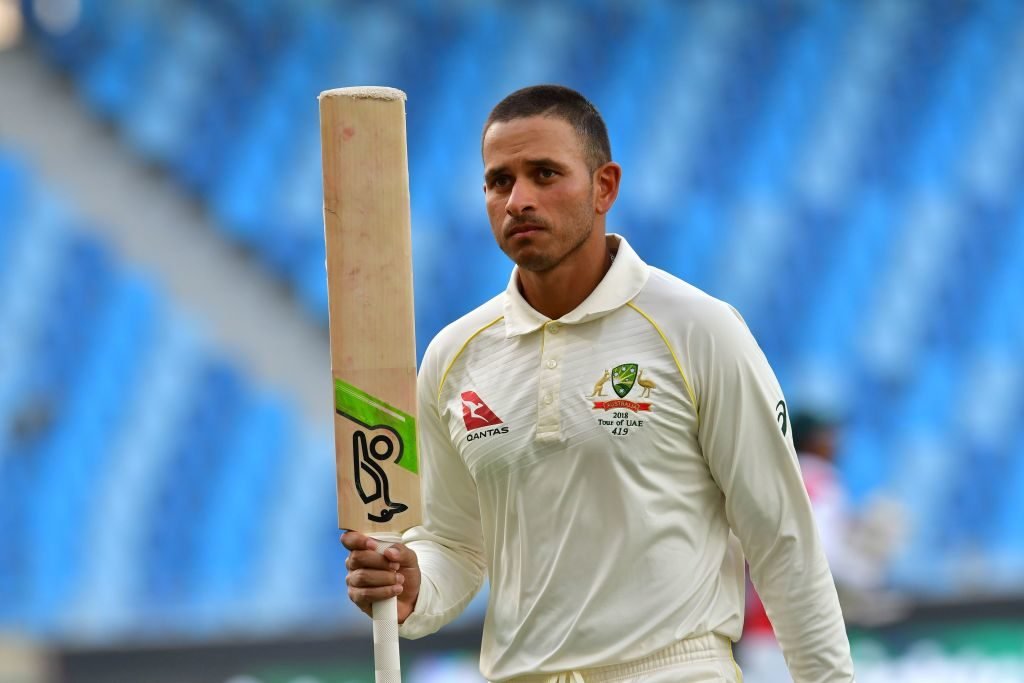 “I’ve worked as hard as anyone,” Khawaja said after the game’s dramatic conclusion. “I’ve worked my backside off for the last 10 years of first-class cricket, day in, day out. People think because of my relaxed nature that’s not the case, that I’ve been gifted to be able to get to where I am, but it’s not the case at all.

“I’ve worked my absolute backside off for the last 10 years and really worked as hard as I can in different conditions like this and in England and other places. That sort of stuff goes… people overlook that sort of stuff and you don’t get to play at the highest level without putting in the hard yards. There’s no secret to success, it’s all about hard work.”

However, as much as this knock was about hard work, and proving people wrong, it was also about hard-headedness. It’s one thing to put criticisms about your work ethic to one side, because you can tell yourself that you are working hard and you are doing your best. It’s quite another to receive a purely cricketing criticism from one of the best players and most respected voices in Australian cricket history, and ignore it, confident that your way is right. Because if you’re wrong, the criticism will only get louder.

This was an innings to shatter all preconceptions in a way only a great Test knock can. It showed that Khawaja can play spin in foreign conditions, that he can work hard and has worked hard, and that he won’t change for anyone else. It also suggested that, in a time without Steve Smith and David Warner, that he can be the batsman they can rely on, and might even perhaps one day be considered in their class.