What does the Indian women’s cricket team stand for?

A lot of sniping and griping, and a bunch of stars, if recent evidence is anything to go by. And if that is the takeaway after a World T20 where the team made the semi-final for the first time since 2010, where the first T20I century by an Indian woman was scored, where three Indians made it to the team of the tournament, it is a sad, but irrefutable, indictment of where the team is.

A quick catch-up of the off-field drama: India dropped Mithali Raj, the highest run-getter in ODIs, for their semi-final against England. This after two Player of the Match awards in as many innings. Possibly that decision, and most definitely some others on the field, saw India lose, poorly, and crash out. Captain Harmanpreet Kaur defended the XI while offering little explanation and “no regrets”. 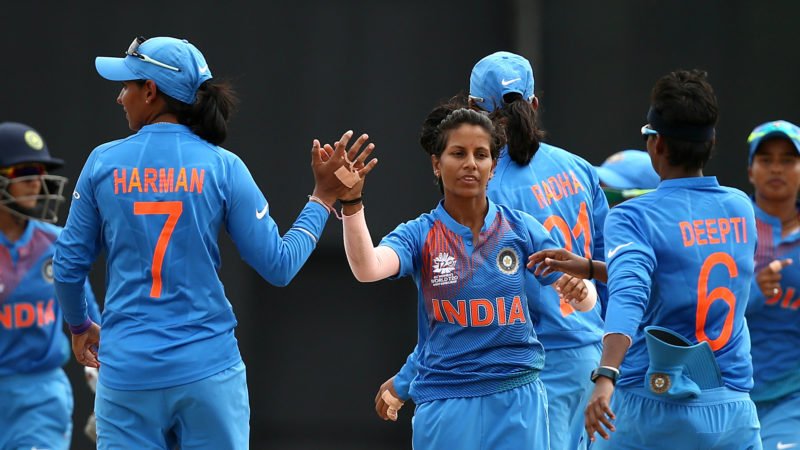 What will a youngster aiming to play in India blue learn from this World T20 team?

Since then, it’s all descended to he-said-she-said. Mithali’s business associate tweeted critically of the T20I captain, stood by the tweets and deleted her account, while others close to India’s ODI captain attempted to distance her from the social media rants. The team manager’s report was leaked, as was Mithali’s email to the BCCI, before a letter questioning the leaks was leaked. The Committee of Administrators – reduced to a body of two members who can agree on nothing – waded in, convening meetings and demanding explanations, while also simultaneously wading out, claiming “the playing XI cannot be questioned”.

Immediately inexcusable in all of this is how the BCCI, embroiled in its own power grab more interminable than the Game of Thrones, has found in the women’s team its latest pawn. And now, the Queen is in danger of being sacrificed.

But let the players and management not escape scrutiny. 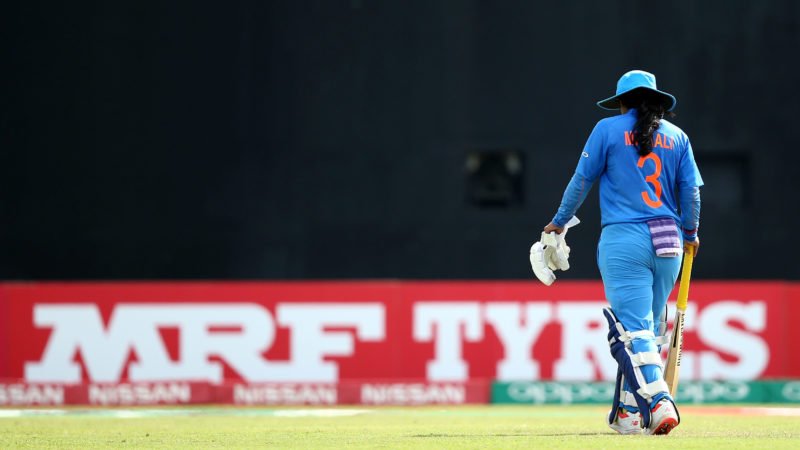 In the bizarre Indian Game of Thrones, the Queen is in danger of being sacrificed

Consider the following in just the past 18 months: India went into the World Cup last year with the coach being changed on the demand of senior players. Then, in the tri-series thrashing featuring England and Australia, Kaur pointedly asked the selectors to give her “fit players who can run all over the ground” and not those “who can just stand within 30 yards”. In the Asia Cup, apart from questionable XIs, came the upset to Bangladesh – not once, but twice; the coach, who’d just months before signed a two-year contract, was very publicly pushed out.

And now, this latest saga. Which brings us to the question, why does this keep happening?

Cricket, now more and more, is as much about what is above the shoulders that swing hard and far.

The simplest explanation is a breakdown of communication. Players, and coaches, don’t seem to sit across the table and talk.

A team will always have different personalities, meaning team-mates will not always be friends or agree with the coach. It is to the players’ credit that at every time in the past that this has happened, by all accounts, they have kept it from affecting their performances once they step across the ropes. When a team is winning, this is of course easier. 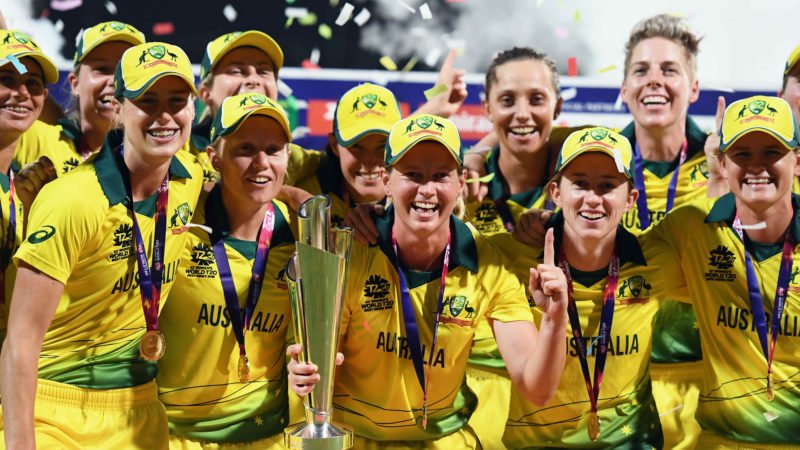 Australia’s run came with a new sense of vulnerability, for once, but also a more relaxed approach

But it will take a good man manager to find what makes a disparate group – including a 35-year-old [Mithali] whose life since nine has revolved around being the best, a hot-headed, emotional 29-year-old [Harmanpreet] who carries the weight of the world on her shoulders, a supremely talented 22-year-old [Smriti Mandhana] who is wise beyond her years, and a precocious god-fearing 18-year-old [Jemimah Rodrigues] who is a sponge of all learning, among others – tick. To build a team where there are no holy cows, but individuals are nurtured.

Australia's run came with a new sense of vulnerability, for once, but also a more relaxed approach, with less entitlement, less taking things for granted.

Australia, for instance, made arguably their two best batters – Meg Lanning and Ellyse Perry – come down the order, at No.5 and No.7, while benching Jess Jonassen, the bowler ranked No.1 until a few months ago. They constantly reminded the world – and no doubt the players themselves – that it was no reflection on ability, but all as per a plan.

Back in 1995, before the BCCI took over women’s cricket, Purnima Rau was divested of captaincy after a heartbreaking two-run Test loss against England, just days after she lost her husband. Over two decades later, when she was removed as coach, there was a similar lack of empathy and communication. Not much seems to have changed.

But, while administrators (and management) should put players first, players should put the game before themselves. 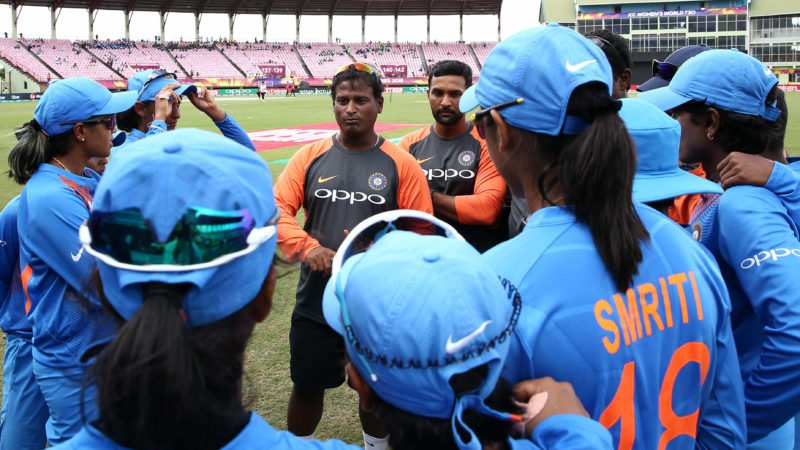 Whether that means coming down at No.7 when you’re the best batter in the side or recognising quickly in a semi-final that plays made in the dressing room will need a plan B or C.

Australia, winners of the World T20, said that after their semi-final exit in the 2017 World Cup, they sat down to revisit their values, and decided they needed new ones. Their run came with a new sense of vulnerability, for once, but also a more relaxed approach, with less entitlement, less taking things for granted.

The Indian team needs to find their equivalent of that.

The idea is to enjoy each game and this is the reason why I started playing cricket – @JemiRodrigues ahead of the @WorldT20 semi-final against England Women.

They make it a point to proudly put up a flag outside their dressing room at every game. The tri-colour has, through various points in history, be it Mithali’s Test double-century in Taunton back in 2002 or the World Cup in 2017, served as a focal point for the team’s dreams and ambitions – they’re proud to be doing it for India. Besides, when people have written them off and they need to prove a point, a siege mentality of finding success against the odds helps rally them.

But they need to narrow down the sentiment to something more insular. What will a youngster aiming to play in India blue learn from this World T20 team?

A word that has often been used by the Indians over the past two months is “fearless”, and the emphasis is on “expressing yourself” through “fearless” cricket. But fearless will only pay full dividends when it isn’t something that is switched on or off in the middle. It needs to be a whole environment – and it should include the courage to shed any ego, put team above self and be willing to change plans. 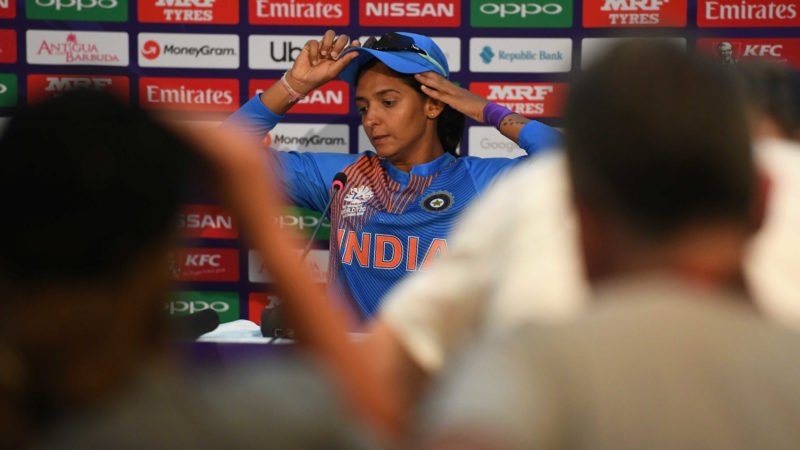 Right from the grass roots, insecurity is a constant for an Indian cricketer, who has to deal with the vagaries of selection. For women and girls, without a club structure, without the weight of runs through an IPL or age-group level, and with selection happening out of the public eye, there is not often clarity of what is expected of them. This is not an easy mindset to cast off without a systemic revamp. And the events of the past month do little to shed light on that.

Until recently, the challenges for a woman playing cricket were different. Now, with more fame and fortune, there is a lot to gain, and more to lose. Professionalism comes with demands of accountability. Cricket, now more and more, is as much about what is above the shoulders that swing hard and far.

In the immediate future, one thing that should help the Indian team is a psychologist. In the long run, they need introspection about what they stand for. This World T20 team, with an average age of 24, is as good a place as any to start.