Rohit Sharma has had one of the great Test series. Promoted to open for the first time, against the No.3 ranked side in the world, he has reeled off 529 runs in four innings. Only four other batsman in history have scored as many runs when batting four or fewer times in a series.

His latest masterpiece – 212 from 255 balls, with 28 fours and six sixes – was the knock of a player in supreme form. He rescued India from 39-3, and looked as assured as he ever has in Test whites. But his success should be no surprise, coming as it does at home, where Rohit has always been dominant.

200 up for Rohit Sharma, his first in Test cricket. He brings it up with his trademark pull shot.

His average in India now stands at 99.84 – the highest at home for any player playing more than three Tests – and 0.62 ahead of a certain Sir Don Bradman. But even before the series he averaged a heady 85.44 at home. He smashed two blazing tons in his debut series against West Indies at home in 2013 and, at home, has carried on from there.

New Zealand is India’s next touring destination. It’s an encounter that, though only a two-match rubber, stands out as the most tantalising of the World Test Championship – the top two sides in the world facing off in conditions which should narrow the gap between them, in another test of Virat Kohli’s India’s all-time great credentials – and how the team’s respective openers get on could go a long way to settling the contest. 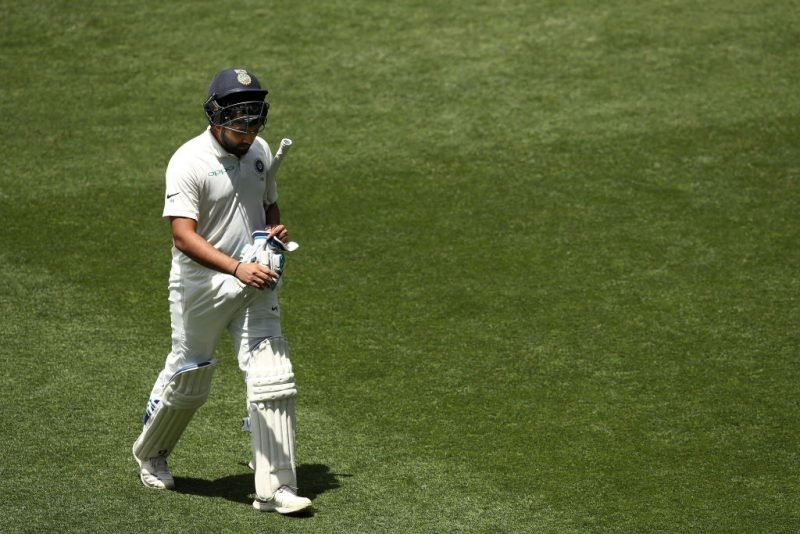 Rohit Sharma has struggled to find his mojo in away Tests

So what challenge awaits India, and, surely, Rohit Sharma at the top of the order? Prevailing wisdom suggests the ball should do a bit early on, but a dig into the stats presents a more complicated picture.

Over the last five years, in the first 15 overs of innings, the average swing per delivery is lower in New Zealand than anywhere except Australia and Bangladesh. However, there tends to be plenty of movement off the deck for the quicks, with the 0.69 degrees on average the second highest in the world, behind England.

It’s that latter figure that might concern India and Rohit, and perhaps even give them cause to consider pushing him down the order, to where he made that 72 in Auckland. Rohit’s record against seam is far inferior to his record against swing. Across his Test career, against balls which swing more than the average for the first 15 overs in New Zealand, he averages 34.38. His equivalent average for seam is just 21.09.

More worrying still is that New Zealand are experts at working out a team’s weakness and exploiting it ruthlessly. That 2014 series against India is a case in point, with Trent Boult and Tim Southee focussing exclusively on trying to hit the seam with the new ball. They found a negligible 0.18 degrees of average swing with the new ball, but a substantial 0.94 degrees of seam movement in the same period.

If there is some comfort for India and Rohit, it’s in how he negotiated the threat posed by South Africa’s opening bowlers. The salvo from Kagiso Rabada, Lungi Ngidi, and Anrich Nortje was fierce, with the quicks finding prodigious swing and significant seam movement to account for Mayank Agarwal, Cheteshwar Pujara, and Kohli. All the while Rohit stood firm, content to score just 17 off 43 balls in the first 15 overs. If it was the sixes and the milestones that caught the eye of the fans, it might be that opening spell that’s the most pleasing for India’s team management.

Still, it is just one innings, in surroundings, if not conditions, in which Rohit has had success before. For all Rohit’s runs at home, all the records smashed with fans cheering his name, the greatest challenge is yet to come.