Australia batsman Steve Smith has said he hopes to be fit for the third Ashes Test at Headingley after being ruled out of the rest of the second Ashes Test at Lord’s because of concussion.

Smith revealed that he woke up this morning feeling “groggy” and with a “headache”.

He said: “I had some tests done and upon some further assessments [it was] deemed to be a mild concussion. Unfortunately, I have been ruled out for the rest of this Test match.”

Smith was struck on the back of the neck by a vicious bouncer from England pace bowler Jofra Archer on day four. He left the field but returned to bat later on before being dismissed for 92 – a decision that was approved by the team doctor. 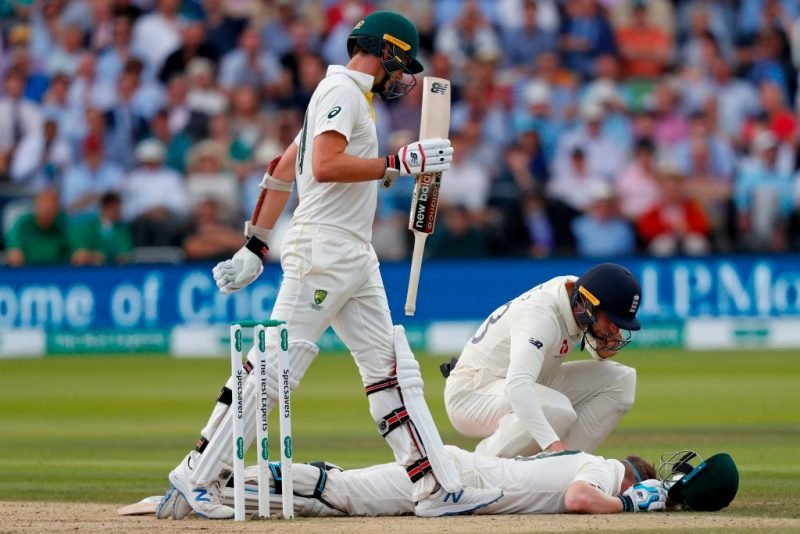 “Yesterday when I came off the ground the results were normal I passed all the tests and felt fine, so was allowed to go back out and bat,” he said.

Archer hit Smith on the arm and the neck during a ferocious spell, laden with short-pitched bowling, and while Smith said his arm is feeling “a lot better”, his neck is more painful than it was yesterday.

Smith admitted that it is the “right decision” to rule him out of the final day at Lord’s and is “hopeful” that he can recover in time for the beginning of the third Ashes Test at Headingley on Thursday.

“It is obviously a quick turnaround between Test matches. I am going to be assessed over the next five or six days each day – probably a couple of times a day – to see how I am feeling and progressing.

“I am hopeful that I will be available for that Test match but it is up to the medical staff. I want to be 100 per cent fit,” Smith added.

Marnus Labuschagne has replaced Smith for the last day of the Lord’s Test, coming in as a concussion substitute, meaning he can bat and bowl in the match under new rules that came into effect on August 1.