Sky Sports Cricket have opted not to stream the entirety of the fourth day of the 2019 Ashes Test at Headingley on their YouTube channel, despite stating that they would do so on their social media channels.

As recently as 7pm on April 10 they were asking their fans to join them at “12pm Saturday” (April 11) on Twitter. A tweet stating they would be showing the final day in full for free on YouTube has been deleted, as have others from earlier in the week. 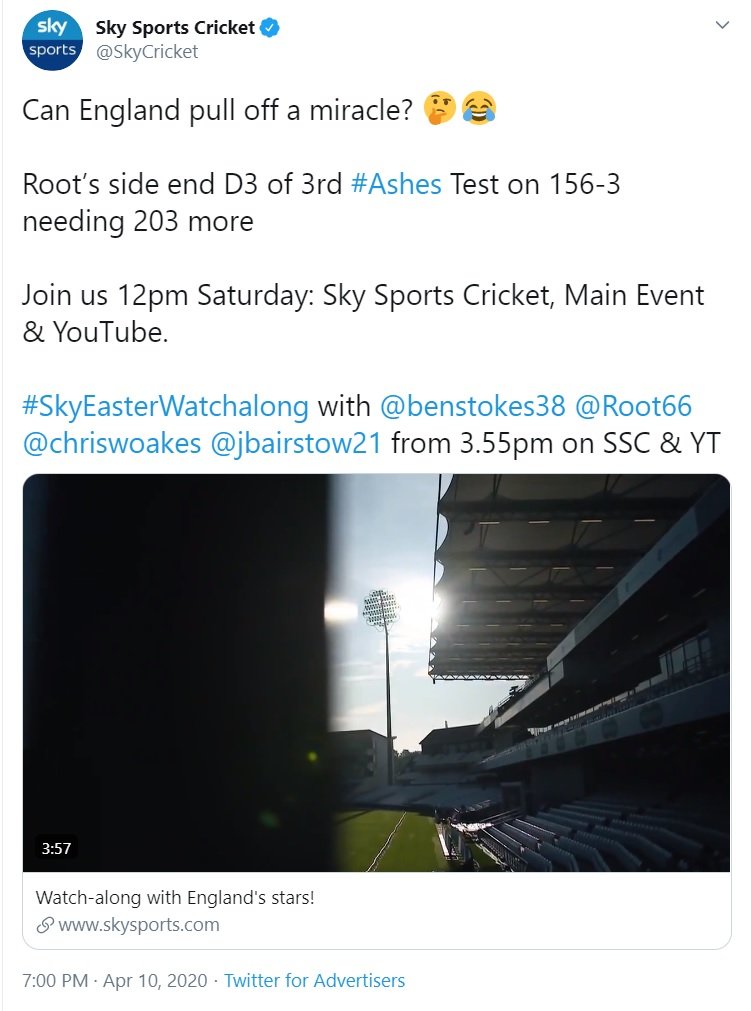 Recent tweets only ask fans to join them at midday on their Sky Sports Main Event and Cricket channels, both of which are behind a paywall. They will instead be hosting a ‘Sky Easter Watchalong’ on their Sky Sports Cricket YouTube channel, showing the last two hours of play with Ben Stokes, Joe Root, Joe Denly, and Jonny Bairstow giving their thoughts as they relive the epic finish.

An article on the Sky Sports website previously had a line stating: “We will be showing the fourth day at Leeds in its entirety from 12pm on Sky Sports Main Event, Sky Sports Cricket and the new Sky Sports Cricket YouTube channel.” The last eight words of that sentence have since been deleted with no acknowledgement of its removal anywhere on the page.

The day in question holds a dear place in the heart of English cricket fans, with Stokes’ 135* and Jack Leach’s 1* securing a heart-stopping one-wicket win to keep the Ashes alive. Sky will also be showing the World Cup Final in full on their Main Event and Cricket channels on Sunday, April 12. Rights restrictions prevent them from showing any of that game on YouTube.