After being overlooked for India’s 2019 World Cup campaign, middle-order batsman Ambati Rayudu has announced his retirement from all forms of cricket, including the Indian Premier League, on Wednesday, July 3.

Rayudu was given the World Cup snub for a third time, when India’s selectors picked Karnataka batsman Mayank Agarwal to replace Vijay Shankar, whose tournament was ended by a toe injury.

Rayudu was also not considered when Shikhar Dhawan returned home with a hairline fracture on his left thumb. Instead, India opted for 21-year-old wicketkeeper-batsman Rishabh Pant, who has since gone on to make his World Cup debut. This despite the fact that Rayudu was among the reserves named by the BCCI when they announced the original 15-man World Cup squad.

“I would like to bring to your kind notice that I have come to the decision to step away from the sport and retire from all forms and levels of the game,” Rayudu, 33, said in a letter addressed to the Hyderabad Cricket Association that has since been forwarded to the BCCI.

“I would like to take this opportunity to thank the BCCI and all the state associations that I have represented, which include Hyderabad, Baroda, Andhra and Vidharbha. I also would like to thank the two IPL franchises MI [Mumbai Indians] and CSK [Chennai Super Kings] for their support.” 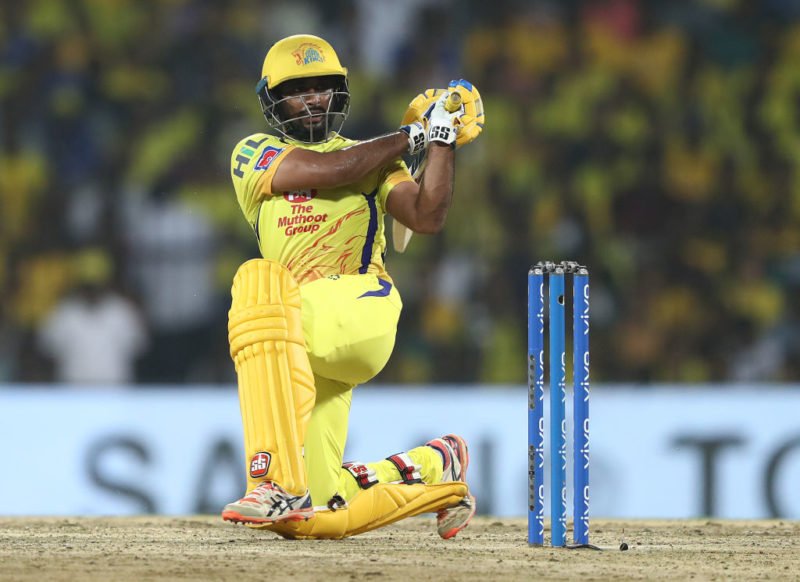 “It has been an honour and privilege to have represented our country. I would like to thank the captains I have played under – MS Dhoni, Rohit Sharma and, especially, Virat Kohli – who always had shown great belief in me throughout my career with the Indian team.

“It has been a wonderful journey of playing the sport and learning from every up and down it brought for the last 25 years at various levels. Finally, I would like to thank my family and all the well-wishers who have been with me throughout this wonderful journey.”

The move marks a steep decline for the batsman. As recent as last year, Rayudu was among the top contenders for India’s highly-contentious No.4 spot and seemed primed to make the position his own for the World Cup. He even retired from first-class cricket to concentrate on his white-ball form ahead of the World Cup.

Where @Jo_Wisden, @danielgallan, @RobJ_Cricket, @cricketbetting and @Phil_Wisden discuss India’s march into the semis, and England’s crunch game against New Zealand.

Rayudu pressed his case with 602 runs in Chennai’s title-winning 2018 IPL campaign. It earned him a place in India’s squad for the Asia Cup later that year, as well as the home series against West Indies, where his 81-ball century in the fourth ODI had earned him the approval of Kohli, who praised Rayudu’s intelligence and gave clear indicators that Rayudu would be considered for the No.4 position.

Rayudu’s contention was marred by a middling home series against Australia, where he returned with 33 runs from three outings. Even so, Rayudu ends his one-day career with a superlative record, with an average of 47.05 after 55 matches. His 1,694 runs in the format include three hundreds and 10 fifties.

Related Story: From being India’s World Cup No.4 to struggling for an IPL spot: whatever happened to Vijay Shankar?

Rayudu captained India at the 2004 Under 19 Cricket World Cup – a team comprising future internationals Dhawan, Suresh Raina, Dinesh Karthik and Robin Uthappa. He is also a four-time IPL champion, having lifted the trophy thrice with Mumbai, in 2013, 2015 and 2017, and once with Chennai in 2018.