India batsman Prithvi Shaw has been suspended by the Board of Control for Cricket in India (BCCI) until November 15, 2019 due to a doping violation.

A statement from the BCCI revealed that Shaw “inadvertently ingested a prohibited substance, which can be commonly found in cough syrups”.

A urine sample from Shaw, taken during a Syed Mushtaq Ali trophy match in February, was tested and contained Terbutaline, which is on the WADA prohibited list of substances.

He then featured at the IPL, where he hit 353 runs from 16 innings for Delhi Capitals, returning a top score of 99. 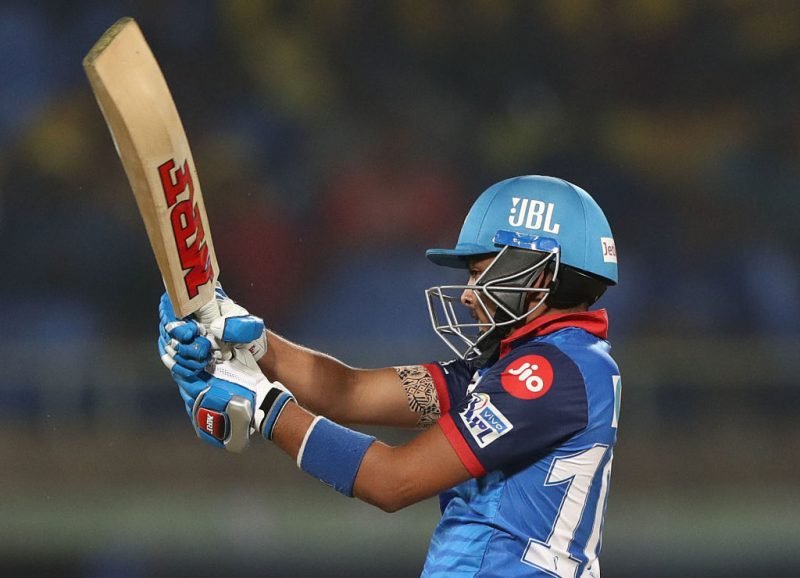 Shaw played at the 2019 IPL for Delhi Capitals

Shaw was charged on July 16 under the BCCI anti-doping rules and provisionally suspended. According to the BCCI statement, “Shaw responded to the charge by admitting the ADRV but asserting that it was inadvertent, being caused by his ingestion of the over the counter cough syrup he had taken for his cough”.

The statement added that “the BCCI is satisfied with Mr. Shaw’s explanation that he had taken Terbutaline inadvertently to treat a Respiratory Tract Infection and not as a performance-enhancing drug”.

Shaw has been handed a backdated suspension of eight months, with his suspension deemed to have begun on March 16.

The 19-year-old made his Test debut against West Indies in October 2018, and hit 134 to be named Player of the Match in an innings victory in Rajkot.

Shaw was not named in any of India’s squads for their tour of West Indies, which includes three T20Is, three ODI and two Tests from August 3 to September 3.

The right-hander will not be available for India’s home series against South Africa later this year as well as the first Test against Bangladesh in November.

Shaw will be able to return to training with his state side, Mumbai, on September 15.